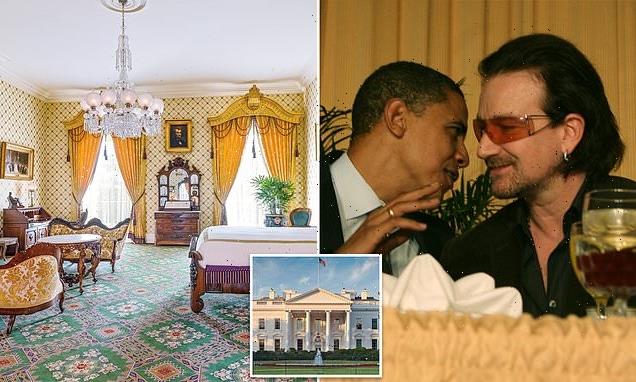 Bono recalled on Tuesday how he woke up once in Abraham Lincoln’s bedroom after drinking red wine and strong cocktails with then-president Barack Obama.

Although the pair had been drinking, Bono suggested his drowsiness was caused by an allergy to salicylates, which are present in wine and will make his head to ‘swell up like a balloon and pop’ or cause him to ‘fall asleep anywhere.’

Bono recounted how he found himself asleep in the White House’s Lincoln Bedroom in an interview with Zoe Ball on BBC Radio 2 to promote his new memoir Surrender: 40 Songs, One Story.

The U2 front man and his wife Ali Hewson had been attending a dinner in the White House hosted by Obama, with whom Bono has a longstanding relationship, when he found himself ‘slipping off for a kip’.

‘The 44th president of the United States – he mixes cocktails. He doesn’t have too many, he’s very measured,’ said Bono, adding that, ‘he does make strong cocktails, though, just saying.’ 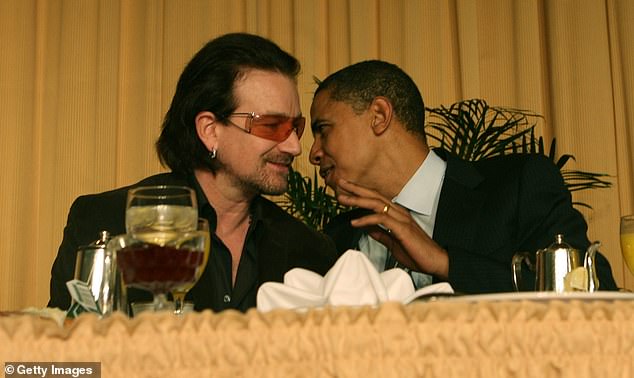 Bono and Barack Obama as a senator in Washington DC in February 2006. The two have a longstanding relationship and Obama used Bono’s music in both his presidential election campaigns in 2008 and 2012 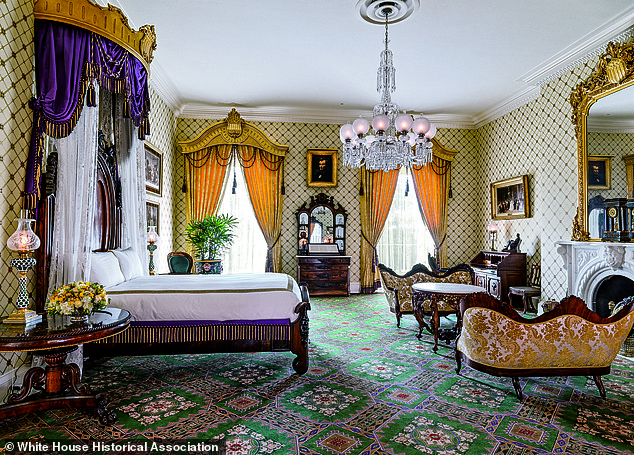 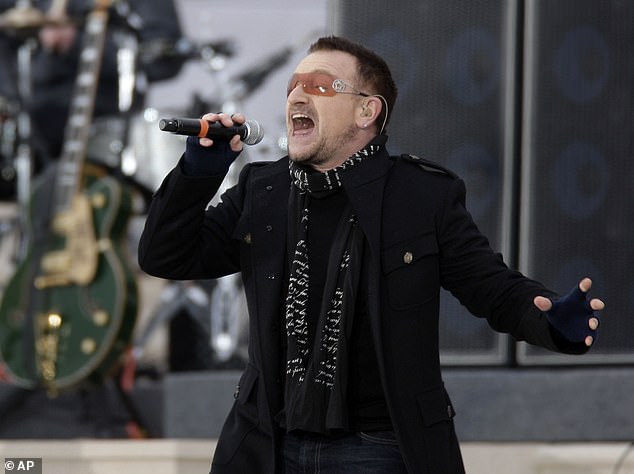 U2’s Bono performs at the inauguration of Barack Obama as the 44th President of the United States. The ‘We Are One’ celebration took place at the Lincoln Memorial in 2009

When Bono disappeared Obama became concerned and asked Hewson about his whereabouts.

Hewson explained to Obama that after years of marriage to Bono she’s become used to such behavior and that usually he dozes off in the car, but since they couldn’t park outside the White House, that wasn’t an option.

‘I don’t call it drunk’: How salicylates might send Bono to sleep

Bono says he has an allergy to salicylates which will make his head swell up or may cause him to fall asleep.

Salicylates are found in a variety of founds including tomatoes, jams and vinegar.

They are also found in very large quantities in aspirin.

To those allergic they can cause a wide variety of symptoms.

But Obama insisted on coming with her and remembered he had been speaking with Bono about Lincoln’s historic Gettysburg Address.

That’s when he knew to look in the Lincoln Bedroom, Bono recalled on the radio show.

‘He just woke me up and laughed. President laughed his head off,’ Bono said.

But apparently Obama doesn’t believe that Bono has an allergy.

‘He does tell people that he drinks me under the table, he doesn’t believe the allergy thing.’

The relationship between the rock star and the politician is strong. Bono’s global campaign and advocacy group, ONE, worked with the Obama administration during Barack’s two terms in office.

Obama is also clearly a fan of his music, as U2’s song City of Blinding Lights was used in both his 2008 and 2012 presidential campaigns. He even walked out to the song when he gave his farewell address in 2017.

The two have kept close, with Bono enjoying lunch with Barack and Michelle in New York City back in 2017.

‘I’ve slept on the street, on car bonnets and indeed I did fall asleep at the White House and they were very, very good about it.’ 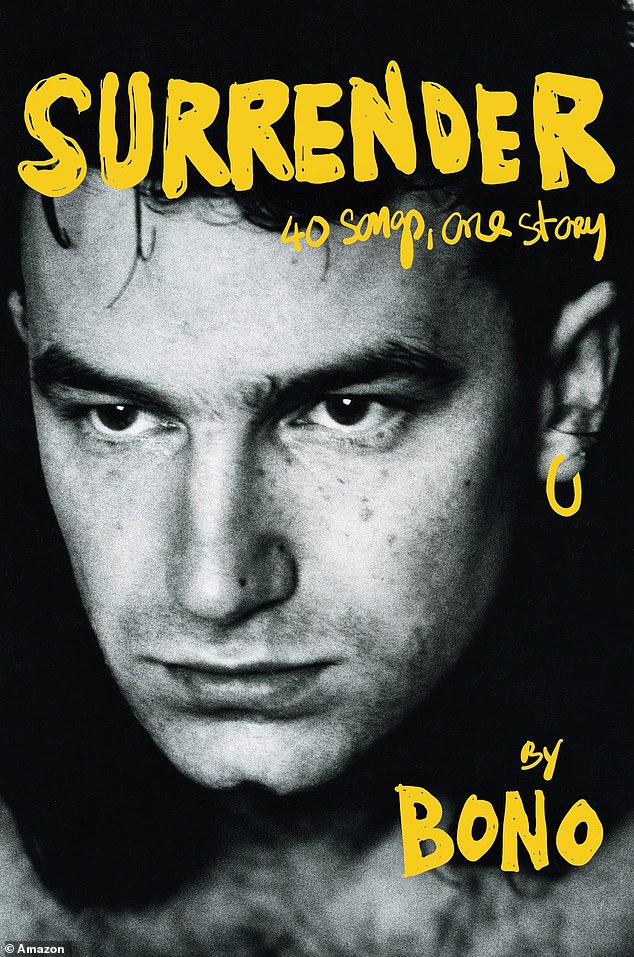 Bono is releasing a memoir titled Surrender: 40 Songs, One Story in which he recounts his life in chronological order through 40 of his songs 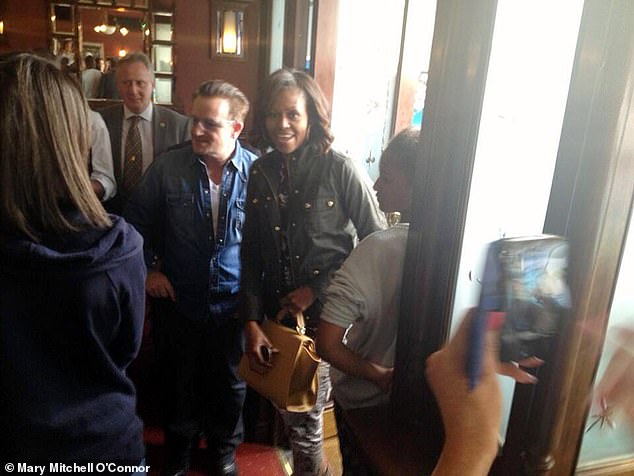 Michelle Obama and singer Bono go for lunch at Finnegans Restaurant in Limerick, Ireland, in 2013 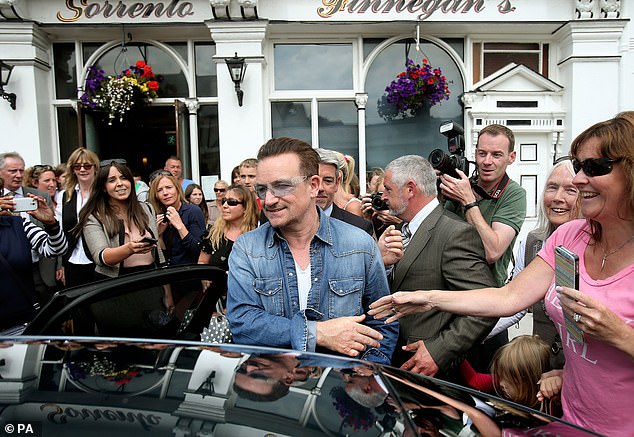