Rishi Sunak suffered a bloody nose today as Labour boosted its majority in the Chester by-election – while the Tories recorded their worst performance in the seat for 190 years.

In the PM’s first major electoral test, local councillor Samantha Dixon emerged victorious by a 10,974 vote margin – well up on the 6,100 secured in 2019.

Although Labour was expected to win, the swing of nearly 14 per cent from the Conservatives will set alarm bells ringing in Downing Street.

It is the party’s worst showing in the City of Chester seat since 1832, and backs up opinion polls suggesting that Keir Starmer is on track for a majority at a general election.

Labour MPs quickly started trolling Mr Sunak as a ‘serial loser’, although Tories said there was some comfort in their share of the vote remaining above 20 per cent.

The contest was triggered by the resignation of Labour MP Christian Matheson, who resigned his Commons seat after complaints of ‘serious sexual misconduct’ were upheld by a parliamentary watchdog.

Mr Matheson, who denied the allegations, was facing a four-week suspension and was asked to resign by Labour before he quit.

But campaigners argued that the major factors were Boris Johnson’s forced resignation and the market chaos that ended Liz Truss’s short stint in Number 10. 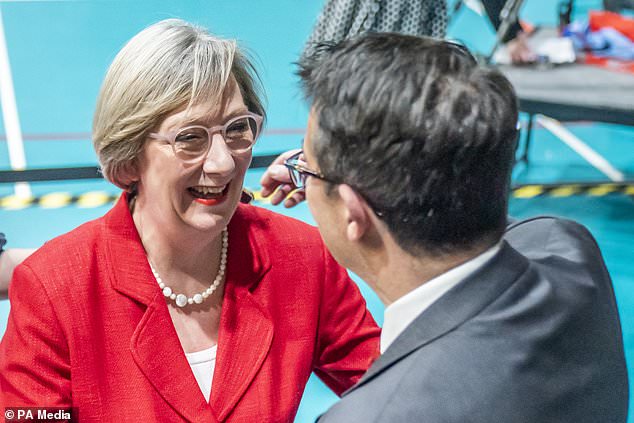 In a victory speech after the result was announced, Ms Dixon said: ‘People in Chester and across our country are really worried.

‘This is the cost of 12 years of Conservative Government. The Government, which has wreaked havoc with our economy, destroyed our public services and betrayed the people who put their trust in them at the last general election.’

Election officials confirmed that turnout was 41.2 per cent, with a total of 28,541 votes cast in the December poll.

Labour had been widely expected to hold the seat, having won it in 2019 for the third time in a row with a majority of 6,164.

Ms Dixon told reporters that she believed many people across the country felt the same as voters in Chester.

‘It’s just that here people have had an opportunity to express how they feel,’ she said.

Deputy Labour leader Angela Rayner is expected to visit Chester later to celebrate the result with the new MP, who will now take up her seat two years out from the next general election. 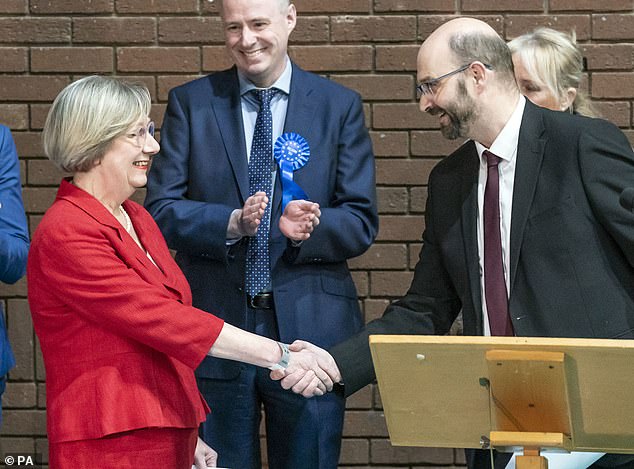 Shadow work and pensions minister Alison McGovern said: ‘The people of Chester have sent a clear message to Rishi Sunak’s Conservative Government: They are fed up of Tory rule and want the change Labour offers.

‘After the Tories crashed our economy, it’s clear that only Labour can be trusted to help families across the country make ends meet,’ the Wirral South MP said.

‘Sam will be an excellent MP for Chester and a strong voice for Chester residents in the Conservative cost-of-living crisis.’

The result is the latest by-election defeat suffered by the Conservatives.

The last two by-elections, which took place on the same day in June, were a disaster for the Tories, with Labour snatching Wakefield and the Liberal Democrats securing a historic victory in Tiverton and Honiton. 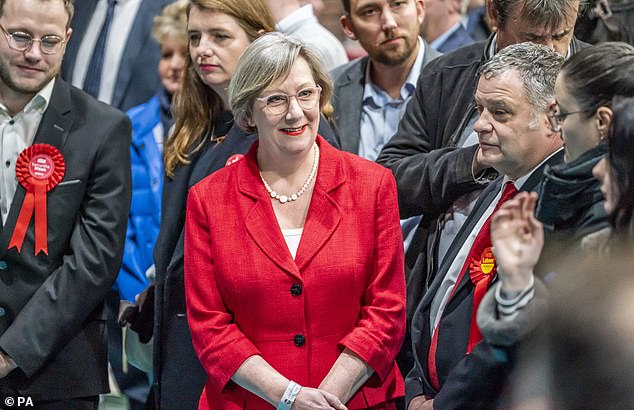 The result, which comes just over a month into Mr Sunak’s tenure as prime minister, is unlikely to be seen as a referendum on his leadership.

But it nonetheless comes as a blow to the party, which is facing an uphill battle to remain in office at the next nationwide poll.

The country is facing a gloomy outlook, after Chancellor Jeremy Hunt’s autumn statement last month ushered in a fresh round of belt-tightening in the public finances as the UK heads into a recession and soaring inflation squeezes incomes.

With many households struggling with rising energy bills, rail strikes and a planned walk-out by nurses also threaten to cause severe disruption in the run up to Christmas.

Mr Sunak is seen as having steadied the Tory ship since taking over following the disastrous Liz Truss premiership.

But there have been few signs of a bounce in the polls, with YouGov research yesterday suggesting Labour’s lead has grown to an eye-watering 25 points.

The Conservatives were on 22 per cent support, down three points on last week, and trailing far behind Labour on 47 per cent. Worryingly for Mr Sunak backing for Reform UK was up four points at 9 per cent.