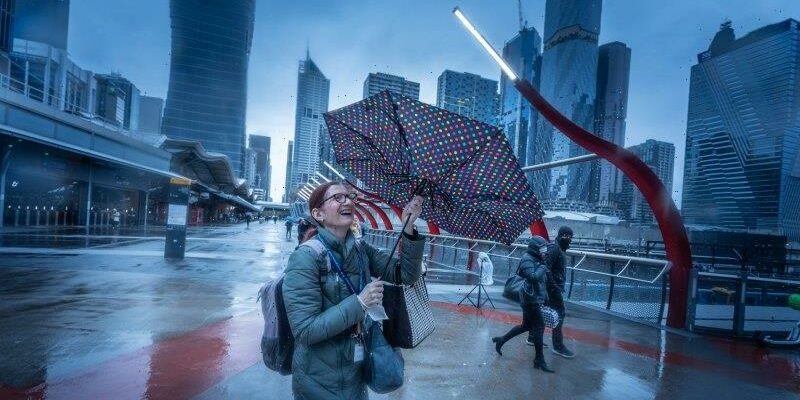 It was a blustery night across Victoria and weather forecasters have predicted potential blizzard conditions for the state’s alpine areas across Sunday.

The State Emergency Service (SES) received 142 calls for help in the 48 hours to 8.30am today, with a number of calls from Emerald, Glen Eira and Narre Warren. 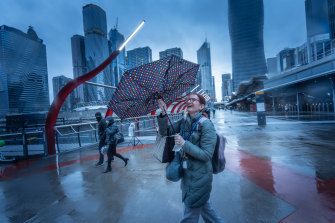 A blustery weekend in Melbourne is forecast to end with possible blizzards in the alpines.Credit:Jason South

Winds will ease across Melbourne on Sunday, with a top of 15 degrees forecast and rain on the way.

Mount Buller reported 12 centimetres of snow in the last 24 hours and a wind chill on the mountain of -11 degrees.

The Bureau of Meteorology (BOM) issued a severe weather warning for damaging winds overnight, with the warning stretching from Bacchus Marsh in the centre of Victoria to the state’s border near the Snowy River National Park.

Warnings will remain in place across the north-east ranges for much of Sunday, with low snow levels potentially leading to blizzard conditions on Victoria’s peaks.

BOM duty forecaster Joanna Hewes said the combination of a high-pressure system across the Tasman Sea and a cold front that approached Melbourne from the west had led to strong northerly winds.

“We are expecting those conditions to ease today, so the bulk of the wind has sort of eased through the Melbourne area now,” she said.

Hewes said strong south-westerly winds and some showers will follow the cold front as it moves across Victoria on Sunday, but the state can expect stable weather conditions for the rest of the week.

The BOM is forecasting a high of 11 degrees celsius on Monday with the potential for rain, before dry conditions and a top of 12 on Tuesday.

“There will be some isolated showers possible around East Gippsland on Tuesday, but it’s pretty much drying out by Wednesday right through until Friday. It will just be very cold temperatures.”

A SES spokeswoman said they were expecting more reports of trees down and damage to property as people woke up on Sunday morning.

“There were 92 calls for trees down, so there was plenty of chainsawing overnight,” she said.

“It’s a traditional windy winter front and it’s moving through quite quickly.

“This is a reminder for people that it is winter and we do expect a bit of wind, so if they’ve got an opportunity they should tidy up their garden and around their house today and make sure everything [that is] unsecured is tied down.”