EVERY child knows that one day their parents will die, but for one teenager, that day came much sooner than she had imagined.

Hayley was just 17-years-old when she learned that her Mum, Maggie, had taken her own life. 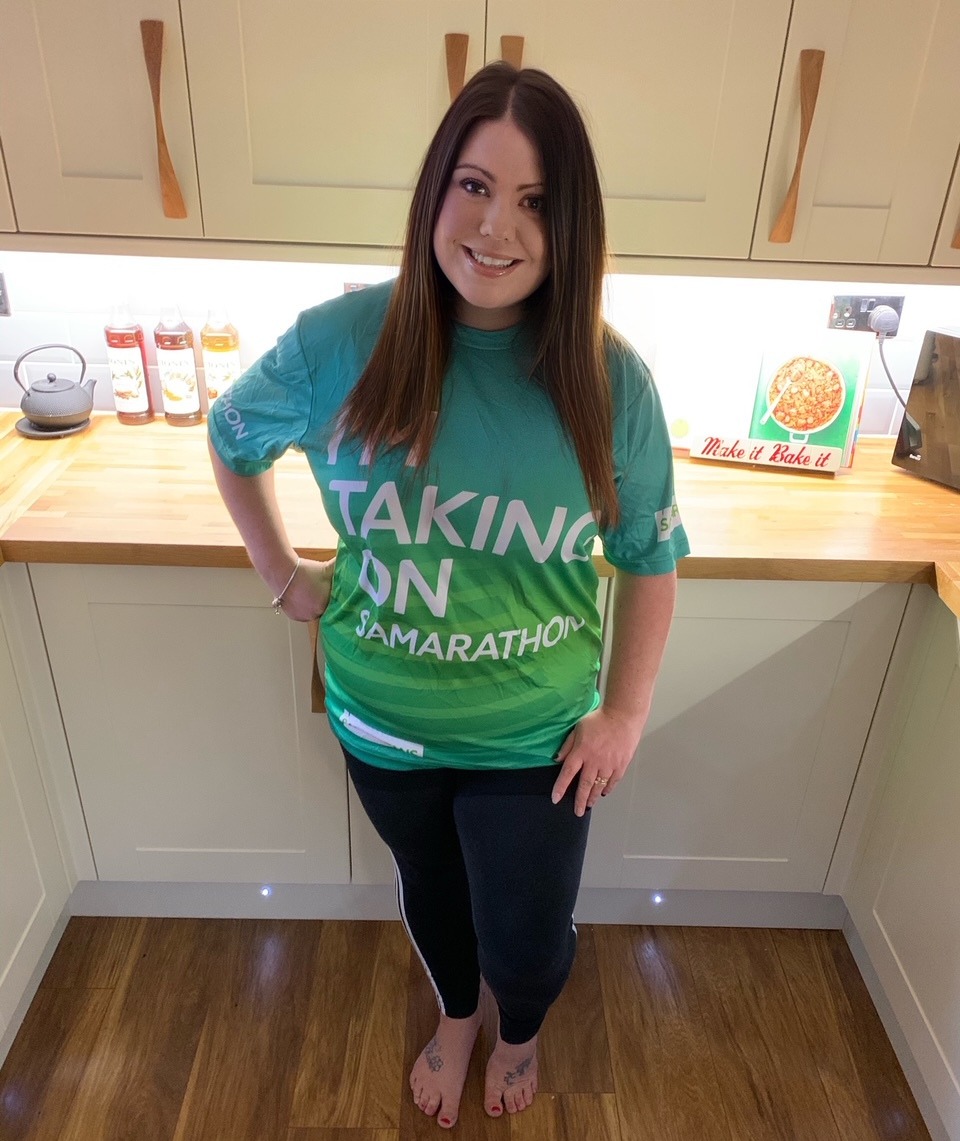 Hayley is now urging others to listen to their loved ones in a bid to prevent more people dying.

The 37-year-old said she had spoken to her Mum the day before she died, and said she "seemed fine".

Hayley finished the call feeling as though she had nothing to worry about.

Hayley, who lives in Staffordshire said she had been really close to her mum when she was growing up.

Speaking to The Sun Hayley said she had a strong family unit that her mum was a huge part of.

She said: “She was more of a best friend than a mum, she was young and cool and you could talk to her about anything.”

As Hayley got older her mum and dad split up and Hayley and her brother went to live with their dad, Robert, as it was closer to their schools.

“It was hard for me to process it. I was in shock at the time. I had a massive responsibility to my brother and dad – I had to step up and be that role for them

Hayley said her mum missed them both but the siblings often got taxis to see her.

She said the family would still have Christmases and dinners together.

When Hayley was growing up, she said her mum had suffered from Postnatal Depression.

“She would have regular panic attacks and would be in the house for long periods of time but it was something she was really open with”, Hayley said.

Hayley said: “She had been a stay at home mum and decided to retrain in HR.

“The struggles she had when we were kids seemed to be a thing of the past, she wasn’t struggling at all and to all of us she was doing much better”.

Hayley says the turning point was when the family went their separate ways for work and study. 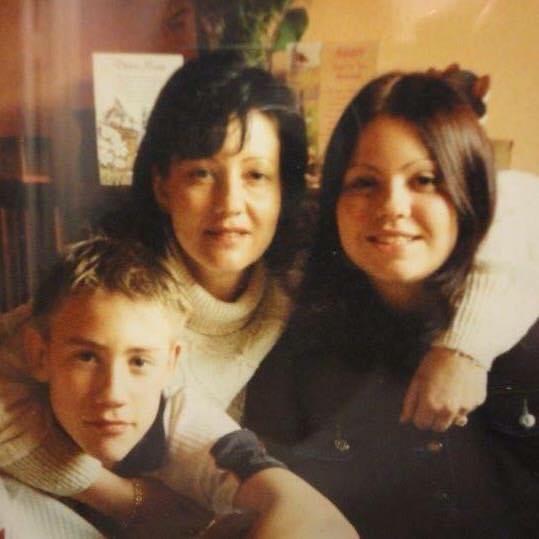 In 2000 Hayley was half way through her A-Levels and was thinking about university, her brother Carl was applying for university and moving up North and her mum had been offered a position in Essex.

The family had a chat and decided that it was the right thing for their mum to move away, and at the time Hayley said she remembered being more worried about her dad and his health.

In 2001 the family went their separate ways.

Hayley’s mum moved away and Hayley said that cracks started to show.

She had gone to stay with her mum over Easter in 2001.

Hayley said: “She wasn’t herself, she was quiet and she had started to have panic attacks again.

“The role she was doing wasn’t working out as she hoped. She didn’t know anyone in Essex and had really just moved down there for her job.

“She was close to her sisters but couldn’t see them much as they were still at home.

“We still had a nice week, we went out and did stuff together.

“I was concerned – but not overly concerned. We kept checking in with her on the phone and she seemed ok”.

Three months after that trip, Hayley called her mum one night to check in.

Hayley said: “She said she wasn't feeling great, I can’t remember why but I thought she meant she wasn’t feeling great physically rather than mentally.

“I ended the call and didn’t think anymore of it.”

Hayley’s dad and brother were on holiday in Cyprus and Hayley had stayed behind to revise for her exams.

On July 2 Hayley got the news that her mum had died, Hayley said she believes she was the last person to have spoken to her mum.

Hayley said: “My grandparents told me and my aunts came over.

“It was hard for me to process it. I was in shock at the time, but because she moved away and I was used to not seeing her. I knew she had died. My way of coping was thinking that she was still in Essex and doing her job.

“I really struggled to come to terms with it – I was only 17.

“I had a massive responsibility to my brother and dad – I had to step up and be that role for them.”

THE 7 WAYS TO SPOT IF SOMEONE IS STRUGGLING

What can you do if you’re worried about your partner, friend or a family member?

Here are seven signs to look out for:

Sadly, that wasn’t the end of Hayley’s trauma and in 2016 her dad died of a brain tumour.

She said it was then that the pain of losing her mum really hit her.

“I felt like people would shy away from talking about mum, they felt awkward and didn’t know what to say, there was a sort of stigma around it.

“It didn’t hit me as hard at the time, but with dad we were all sitting there holding his hand when he died and he knew we were there.

“People encouraged us to talk about him and what had happened – for me it had been a stark contrast to how it had been when mum passed away.”

Hayley said that this is what spurred her on to volunteer with the Samaritans and to be involved with their Brew Monday campaign.

New online research from the charity has found that over half of UK adults (58 per cent), felt that speaking regularly to friends and family either on the phone, via video calls or in person over the last year had a positive effect on their mental wellbeing.

The participants of the study said that keeping in contact with loved ones helped them feel less isolated.

They also highlighted that the improvement in mood after talking to friends and family was an incentive for them to stay in touch.

The research also revealed simply knowing someone who cares for your wellbeing is there for you, can make a big difference.

Hayley said being part of the Samaritans isn’t about advising people and is instead about giving people time to explore their own feelings.

“I went into Samaritans thinking ‘I'm good at listening and a people person’. I thought I would be comfortable.

“If someone tells you they have had a bereavement you want to connect and tell them how you got through but it’s not helpful, it’s not about me or my circumstances, it has to be about the person on the other end of the phone.

Hayley added that the current challenges with lockdowns have made it difficult to connect but said people in her local area of Tamworth are doing virtual chats.

“Even though Brew Monday is today it can be something that is carried on past then and through the winter months”, Hayley said. 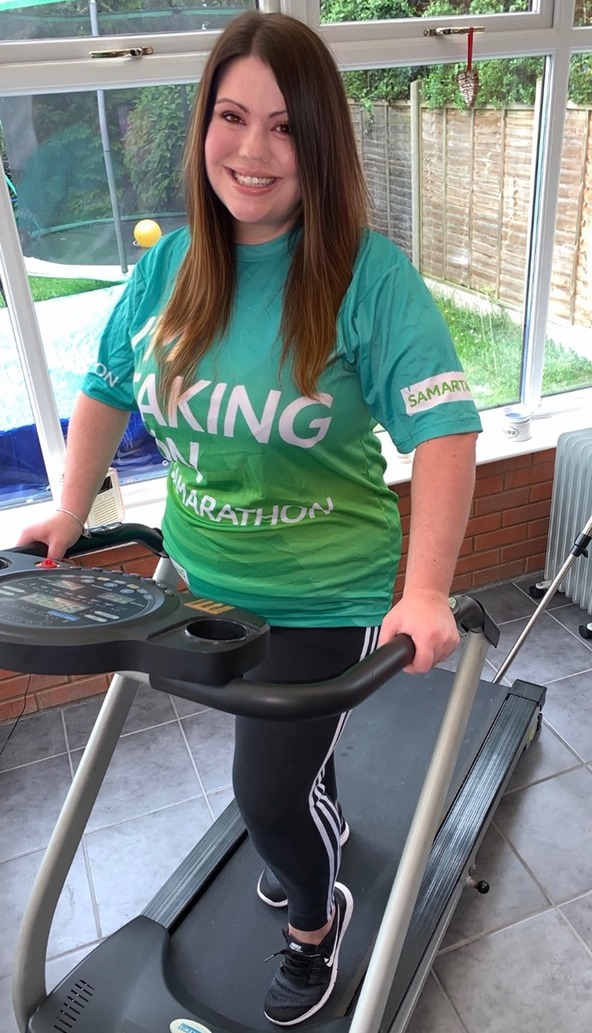 “It’s all about re-enforcing to people that they need to reach out to their friends and family.

“Connecting with people virtually and making sure they have someone to talk to”, she said.

Samaritans Brew Monday kicks off today, the third Monday in January, which is usually known as ‘Blue Monday’.

The Samaritans want to turn this day on its head and into something positive by encouraging people to reach out to someone they care about for a virtual cuppa and a chat.

It doesn’t have to be a Monday or a cup of tea, just taking time to really listen to another person could help them work through what’s on their mind. ​

Samaritans CEO Julie Bentley said: “The challenges many people face during winter have been felt even more acutely this year with the pandemic restrictions.

"At Samaritans, we know how powerful talking and listening can be, even if it is virtually. It doesn’t have to be a Monday or a cup of tea, it’s about taking the time to listen and support one another. It could save a life.”

For more information visit Samaritans.org/brewmonday  and if you're struggling and need to talk to someone you can call 116 123.