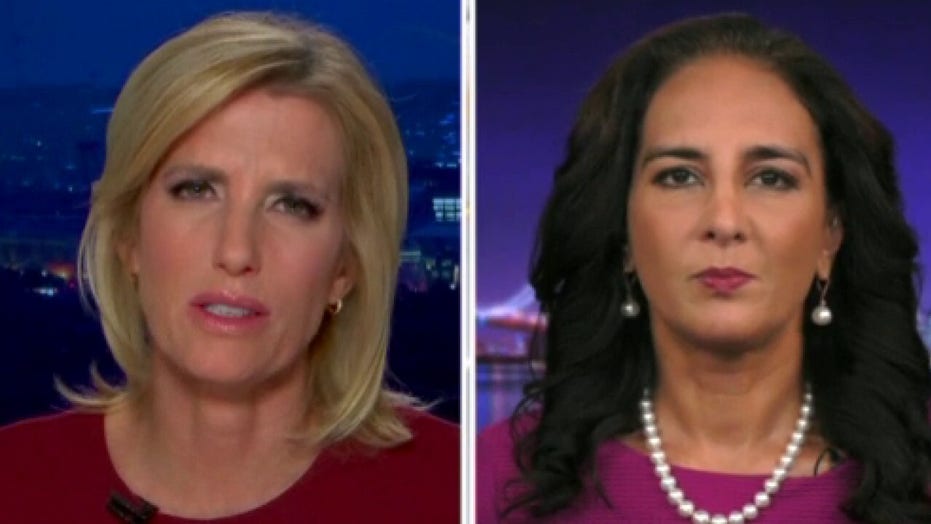 Boston University professor Ibram X. Kendi, author of the best-selling 2019 book “How to Be an Antiracist” is “shoving [a] radical vision of race down the throats of our children and getting paid handsomely for it,” Laura Ingraham said Tuesday.

The “Ingraham Angle” host was reacting to a coloring book that is being distributed in New York City and Washington D.C. schools as part of Black Lives Matter’s “week of action”. One page, the host noted, encourages kids to be “transgender affirming.”

Meanwhile, the website “Black Lives Matter At School,” which is promoting the week of action, carries a quote from FBI most wanted terrorist Assata Shakur — also known as JoAnne Chesimard, who was convicted of being an accomplice in the 1973 slaying of a New Jersey state trooper but later escaped prison and fled to Cuba.

Civil rights attorney and Center for American Liberty founder Harmeet Dhillon described Kendi as the most prominent of a class of “diversity-industrial complex entrepreneurs [who] have created a problem.”

“They have convinced everybody, from school age on up, that we have inherent racism in every sector of our economy [and] in our lives,” Dhillon explained. “And then they have created a market based solution for it, which is, ‘If you pay me, I will come and teach you.’

“It’s almost like a form of the mob,” she went on. “If you’re a corporation, it’s protection money. And if you want to avoid having strikes, if you want to avoid having trouble in your workspace, you will pay this consultant. And to be clear, this isn’t the old once-a-year sexual harassment training that everybody had to sit through. Today’s version … is a constant process. If your work is never over, to use this term, you have to constantly be bringing in these experts to come in and host and provoke these conversations.”

“And now, they’re reaching into the schools with some fairly horrifying concepts that most parents are not aware of that are being pushed,” Dhillon added. “So those are dangerous business.”