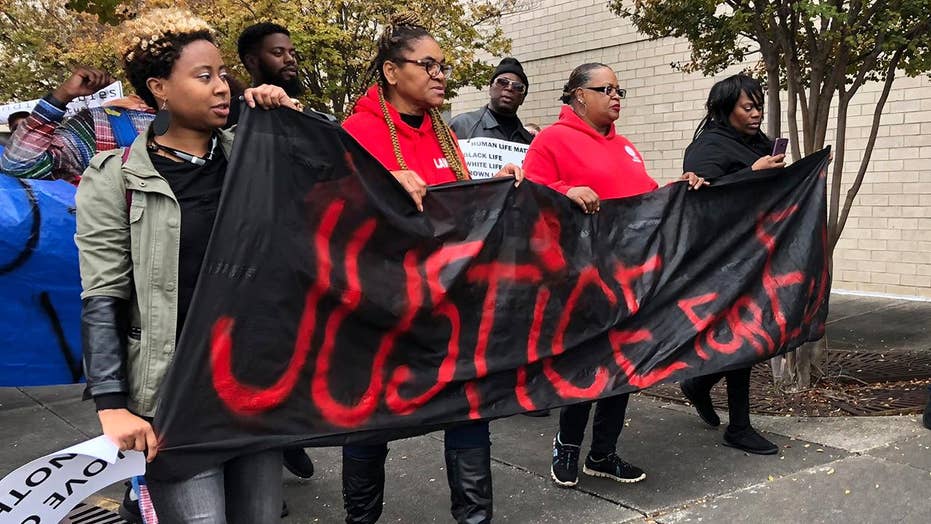 Hundreds march through central Alabama in protest of the police killing of 21-year-old Emantic Fitzerarld Bradford Jr., a shooting suspect who officials now admit was innocent.

A black man who was fatally shot by police responding to reports of a shooting at a crowded Alabama mall on Thanksgiving was struck three times in the back of his body, a forensic examination showed.

The results of a report commissioned by the family of Emantic "EJ" Bradford Jr. are “devastating” to relatives, their lawyer, Ben Crump, said at news conference Monday. 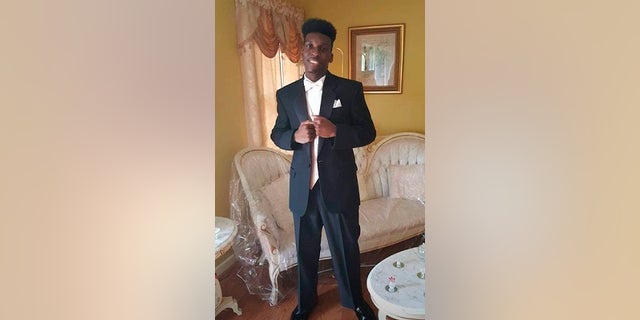 Crump said the forensic pathologist hired by the family determined Bradford was struck by one shot that entered the rear of his skull; another that hit the back of his neck; and a third that penetrated his lower back. The report didn’t indicate the order of the shots, and the pathologist’s report did not indicate whether more than one person shot the 21-year-old man. Crump said any of the three shots could have killed Bradford.

Bradford’s father, Emantic Bradford Sr., a former corrections officer, spoke at the news conference and questioned why the officers discharged their weapons.

“My son was murdered by this officer and that was cowardice," Bradford Sr. said, according to NBC News. "You shot a 21-year-old person running away from gunfire. Never posed you a threat, never had nothing in his hand. Why did you shoot him? You can’t explain that to me, 'cause that ain’t training. That’s cowardice."

Police initially described Bradford as the person who was believed to have opened fire on Nov. 22 at the Riverchase Galleria in Hoover, about 10 miles from Birmingham. Authorities at first hailed the officer who shot him for his swift response — but then backtracked when it became clear Bradford was not the suspect.

Police said Bradford had a handgun visible after the initial gunfire, however, The New York Times reported Bradford was legally carrying the gun and had been helping shoppers run to safety. 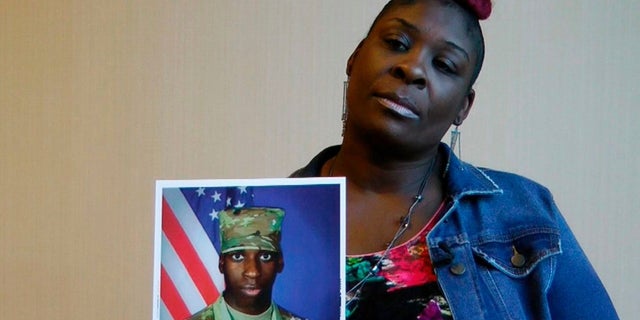 April Pipkins holds a photograph of her son Emantic “EJ” Bradford Jr. who was shot to death by a police officer in a mall on Thanksgiving night.
(AP)

Protests have occurred almost daily since the shooting, and the Hoover City Council meeting Monday night was packed. Council members adjourned the meeting after demonstrators in the audience repeatedly shouted "EJ" and "no justice, no peace."

Erron Martez Dequan Brown, 20, of Bessemer was arrested last week in Georgia on charges of shooting a teenager who was wounded at the mall, 18-year-old Brian Xavier Wilson of Birmingham. Authorities transferred him from Atlanta to the county jail in Birmingham on Monday. A girl also was shot and wounded, but authorities haven't filed charges related to that incident.

Police in Hoover said they would not release officer video or other evidence about the killing until the state investigation is complete.