A fellow flyer recorded the extraordinary moment as the woman raised her booty as she got on all fours. 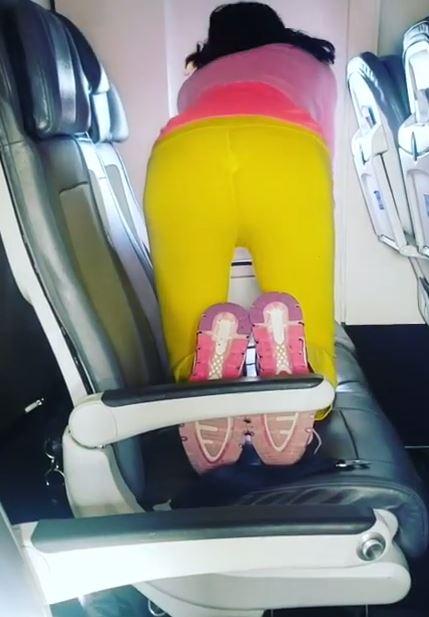 In the clip, the woman who wearing bright yellow leggings and pink trainers can be seen taking up three chairs as she gets into her position.

She then arches her back, moving up and down while casually looking out the plane window.

It remains unclear what airline the woman was flying with and why she decided to work on her yoga poses at high altitude.

But one viewer commented to the filmer: “Somewhere there is a video of you filming her – try searching #creeper.” 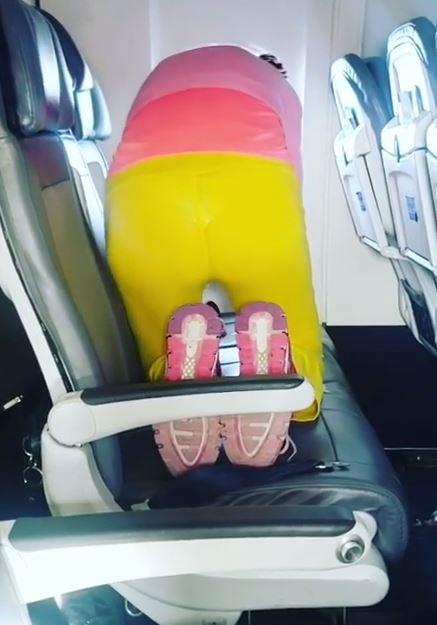 While another saw the funny side of things, writing “mating dance?” in relation to the woman’s confusing antics.

But plane yoga seems to be growing trend.

Last week we reported how a pair of fitness fanatics were shamed for performing yoga at the back of a plane.

The couple were filmed holding each other up in a number of strenuous positions.