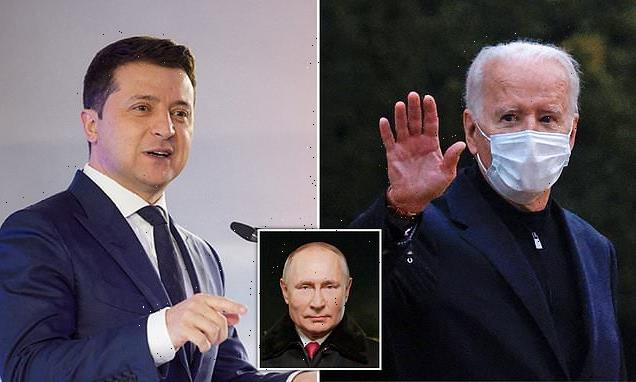 US President Joe Biden and his Ukrainian counterpart Volodymyr Zelensky are due to speak by phone on Sunday amid growing fears that a Russian military buildup near the border with its pro-Western neighbor heralds an invasion.

The call is expected to begin around 3 p.m. Eastern Time.

The show of US support for Ukraine comes days after Biden warned Russian President Vladimir Putin of severe consequences if Moscow invades the former Soviet country.

Some 100,000 Russian troops are massed near the border of the country, where Putin already seized the Crimea region in 2014.

The Russian president is accused of fomenting a pro-Russian separatist war which erupted that same year in the east, following Ukraine’s democratic revolution.

Ukrainian officials have begged the United States and other Western government for stronger action to deter what they fear is a certain Russian invasion.

Using some of his most direct language yet, Biden said Friday, ‘I’m not going to negotiate here in public, but we made it clear he cannot — I’ll emphasize, cannot — invade Ukraine.’ 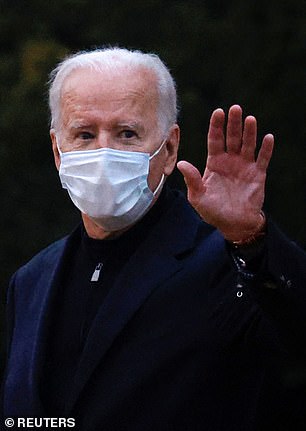 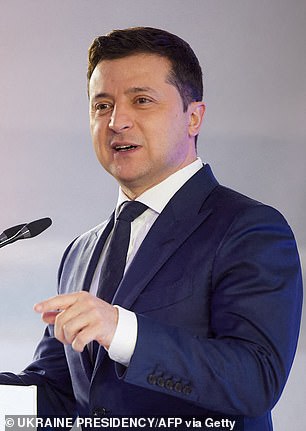 Biden and Zelensky are due to speak at 3 p.m. today, days after the US president’s phone call with Vladimir Putin

The US leader added, in remarks to reporters during a holiday stay in Delaware, that he had ‘made it clear to President Putin that we will have severe sanctions, we will increase our presence in Europe, with NATO allies’ if Russia invades Ukraine. 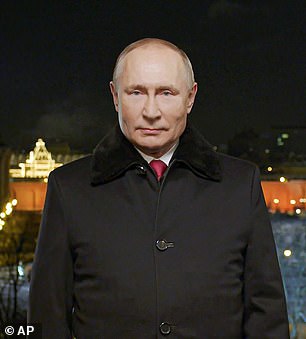 The White House said that in Sunday’s call with Zelensky, Biden will ‘reaffirm US support for Ukraine’s sovereignty and territorial integrity, discuss Russia’s military build-up on Ukraine’s borders, and review preparations for upcoming diplomatic engagements to help de-escalate the situation in the region.’

Zelensky tweeted on Friday that he was ‘looking forward’ to speaking with Biden and reiterated the president’s previous promise to keep Ukraine at the negotiating table for any decisions regarding its sovereignty and wellbeing.

‘As we have agreed with our Strategic Partner [the United States], nothing about [Ukraine] without [Ukraine]. Look forward to talking again with @POTUS this Sunday to coordinate our steps for the sake of peace in Ukraine and security in Europe,’ Zelensky wrote.

Biden warned Putin on Thursday against invading Ukraine, while the Kremlin leader said anti-Moscow sanctions would be a ‘colossal mistake.’

After a 50-minute phone call — their second in just over three weeks — both presidents indicated support for further diplomacy.

A senior US official, who spoke on condition of anonymity, said the tone ‘was serious and substantive.’

But there was no disguising the depth of disagreement — or the dangerously high stakes on the fringes of eastern Europe.

Washington and its European allies accuse Russia of threatening Ukraine with a new invasion.

Moscow describes the troop presence as protection against the expansion of NATO, although Ukraine has not been offered membership in the military alliance.

High-ranking US and Russian officials are due to sit down on January 9 and 10 in Geneva to discuss the crisis.

US Secretary of State Antony Blinken spoke Friday with NATO chief Jens Stoltenberg; afterwards, Blinken urged Russia to ‘engage meaningfully’ in the upcoming talks on the tense standoff between Moscow and Kiev.

Stoltenberg said that NATO was ‘united’ and ‘prepared for dialogue.’