Wilmington: An official in US President-elect Joe Biden's transition team said on Monday said the General Services Administration must recognise Biden's election victory over incumbent Donald Trump so that a transition of power can begin.

The federal agency normally recognises a presidential candidate when it becomes clear who has won an election, an official told reporters on a call, adding that the transition team may take legal action. 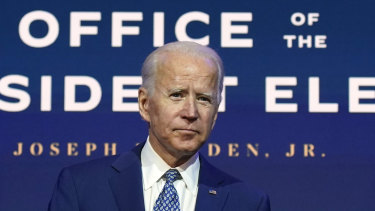 The US government, meanwhile, extended temporary flight restrictions through late January over Wilmington, Delaware, where Biden is holding meetings on the transition.

Restrictions in Wilmington were first put in place after Biden was declared the Democratic party nominee in August. The US Secret Service and Federal Aviation Administration declined to comment Monday.

The restrictions extended Monday bar most flights below 3000 feet without government approval within the three nautical mile zone that includes the Chase Centre, where Biden declared victory on Saturday and holds meetings.

They also bar all drones from flying below 3000 feet (914 metres) within the zone.

The restrictions are currently set to last until January 20, the same day Biden is set to be inaugurated as president.

A separate one-nautical mile restricted flight zone over Biden's nearby home has been extended through Wednesday.