The incident happened on Poniente beach on Sunday after a man went on the sand without a mask and his dog despite being told not to by monitors. 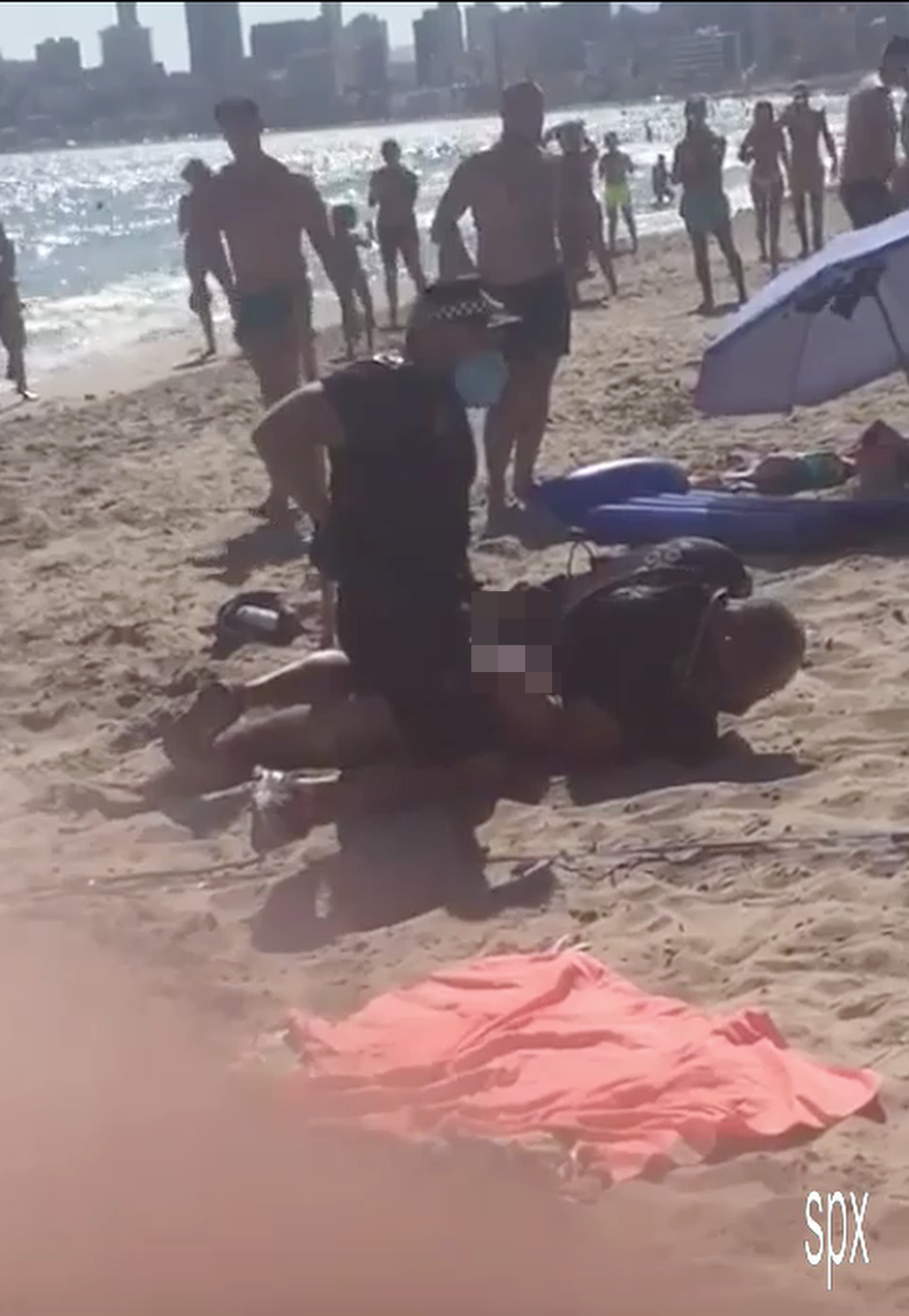 Officers carted him away after he shocked holidaymakers by leaving his pants on the sand and appearing to resist arrest when he came out of the water.

Holidaymakers have had to queue for up to two hours so they can grab a spot on the golden sands after officials carved up the beach into 13ftx13ft sunbathing squares due to the coronavirus outbreak.

The footage shows the man putting his arms in the air as if he was celebrating some sort of new-found freedom when he left the water before sprinting back to the sea as police approached.

The man was overheard complaining in Spanish about the force being used against him.

He reportedly also yelled out: "I'm the only natural person on this Earth, the only Homo Sapiens."

People who saw the video accused the officers of being heavy handed with the man despite those on the beach applauding the masked police.

One British expat wrote on social media: "Look at what happened to George Floyd and they do the same thing again. “He doesn’t look like a dangerous man to me.”

Another added: “What a disgusting society. People expressing happiness at the arrest of a man who’s not harming anyone. I think the arrest is over the top. Shameful.”

Eddy Gambin, commenting on the fact that a woman was sunbathing topless a few feet away, said: "And why don't they arrest the woman who had her melons out! I'm flabbergasted."

A Benidorm Town Hall spokesman confirmed the man arrested was Spanish who comes from the Brit tourist hotspot.

He said that the man was restrained after allegedly assaulting an officer.

Responding to the backlash on social media, the spokesman confirmed that "appropriate force" was needed after he had assaulted the officer.

"One form of restraint is what you see in the footage and he was handcuffed while he was lying on the ground and taken away," he said.

"There's nothing more to be said. We're talking about someone who ignored instructions and needed to be calmed down."

The unnamed man will probably be fined for his actions, according to a well-placed source. 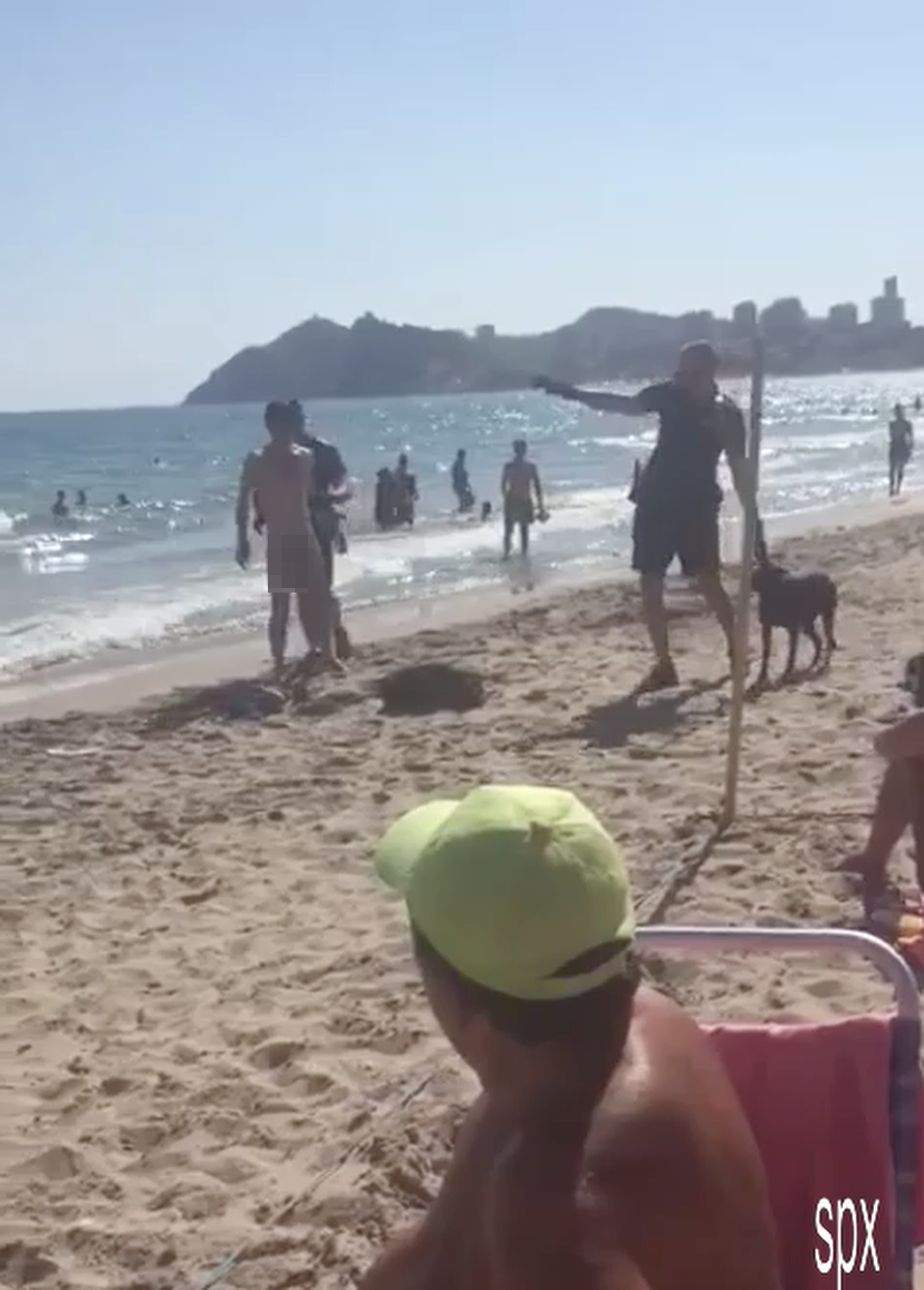 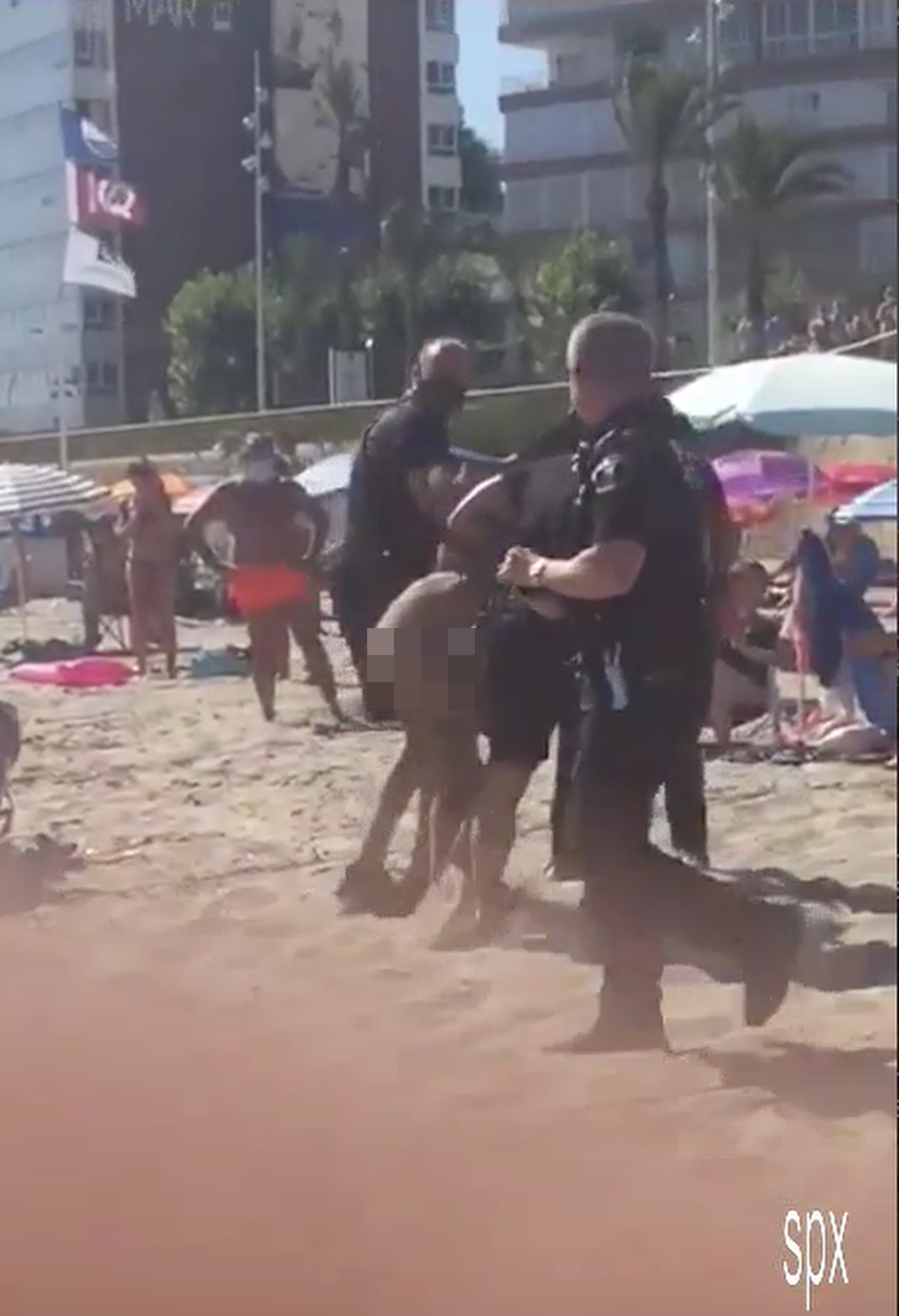