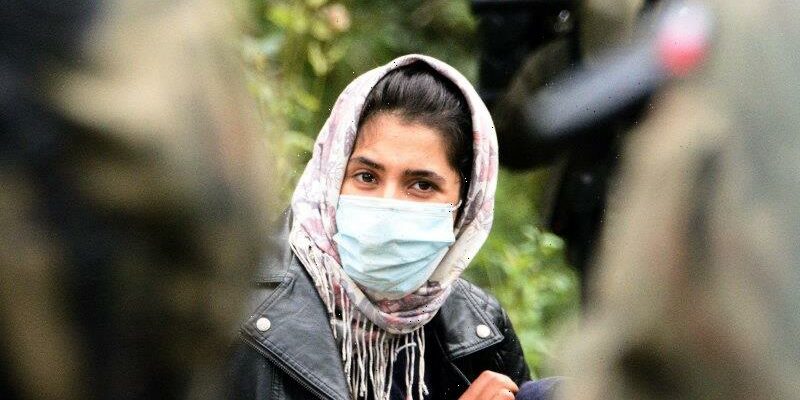 Warsaw: Poland is set to declare a state of emergency along its border with Belarus after accusing Belarusian authorities of allowing thousands of migrants to cross over in an attempt to destabilise the European Union nation.

As the bloc braces for a new wave of refugees from Afghanistan, member nations have accused Belarus of using migrants as a weapon and worry that Turkey could do the same, as it has done before.

It is the first time since the fall of communism in 1989 that Polish authorities have moved to call a state of emergency, preferring not to do so even during the height of the COVID-19 pandemic.

More than 30 Afghans have been trapped for more than three weeks between armed Belarusian guards on one side and armed Polish forces on the other.

Some are ill as they have limited access to food and the weather is getting worse, with recent rain and falling temperatures.

“We have to stop these aggressive hybrid actions, which are carried out according to a script written in Minsk and by Mr. Lukashenko’s patrons,” Polish Prime Minister Mateusz Morawiecki said at a news conference in Warsaw.

Poland has already deployed hundreds of soldiers to reinforce border guards and has been installing a tall barbed wire barrier.

The Polish government asked President Andrzej Duda to bring in special measures in almost 200 eastern municipalities, including a prohibition on mass public events, for 30 days, citing the potential risk to security from foreign actors. 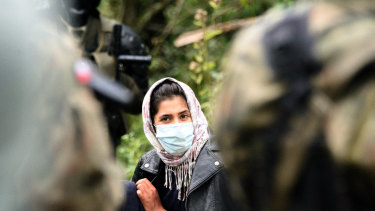 A migrant is seen after crossing the border from Belarus into Poland in the village of Usnarz Gorny, Poland.Credit:AP

Duda said later that he was urgently analysing the request and hinted that he would grant it.

“Please expect Poland’s security to be strengthened in the nearest time through acts of law, and also through subsequent actions on Poland’s border,” Duda said. 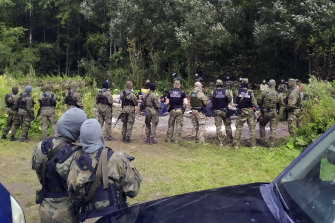 Police guard migrants after they crossed the border from Belarus into Poland in the village of Usnarz Gorny, last week. Credit:AP

Marianna Wartecka of the refugee rights group Fundacja Ocalenie said eight of the migrants trapped on the border have kidney problems and five have diarrhoea. The sickest person in the group is a 52-year-old woman who travelled from Afghanistan with her five mostly grown children, Wartecka said.

An activist who speaks Dari, one of Afghanistan’s official languages, has used a megaphone to communicate with the stranded Afghans, who shout back or gesture answers with their hands. But Polish border guards run sirens and set up vans to interrupt the communication, Wartecka told The Associated Press.

In a closing statement following a meeting in Brussels, the ministers said the EU and its 27 nations “stand determined to act jointly to prevent the recurrence of uncontrolled large-scale illegal migration movements faced in the past, by preparing a coordinated and orderly response.”

Merkel said, for Germany, the focus now is aiding between 10,000 and 40,000 Afghans entitled to come to Germany with their close family members because they had worked for the German military or aid organisations.

“We need to see how many actually want to leave the country and how many don’t,” she said. “That will depend very much on the circumstances the Taliban create.”

The plan is reminiscent of the deal the EU sealed with Turkey after over 1 million migrants entered the EU in 2015, many of them fleeing conflict in Syria and Iraq. To persuade Turkey to stop people from leaving its territory, the 27-nation bloc offered the country 6 billion euros to help Syrian refugees.