Tormented bears are forced to dance and do tricks in disturbing footage from a vile North Korean circus.

Aussie Mark Woodman, 42, was taken to the circus in Pyongyang as part of a five-day tour of the country.

As he watched, bears were cruelly made to leapfrog their trainers, dance and twirl, and skip with a rope before bowing to the audience. Mr Woodman said that nobody dared to complain or leave. 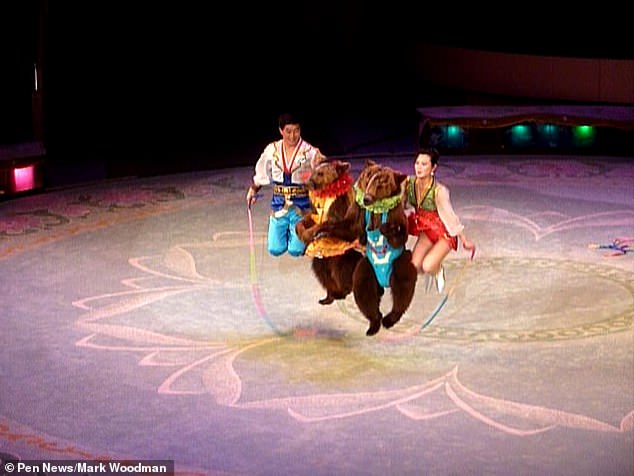 Mark Woodman watched in horror as the bears jumped over a skipping rope and performed other tricks at a circus in Pyongyang, North Korea

‘It was a series of classic circus acts performed by exceptionally talented and skilled performers – trapeze artists, juggling and balancing acts – interspersed with comic acts,’ he said.

‘The dancing bears were the only animal act. I was initially shocked and then fascinated, which made me film this act in particular. It was different to anything I’d seen.

‘Although I’d heard that bears are still kept for performance in, perhaps, Central Asia and Russia, I never thought I would see it.

‘All we could do was watch and absorb it. There’s no complaining or leaving!’

Mr Woodman, from Perth, Western Australia, said the bears’ behaviour was so unnatural that some spectators had thought they were actually people in costume.

‘After the circus, while we waited for our bus, I was chatting with our western tour guide and another tour mate,’ he recalled. 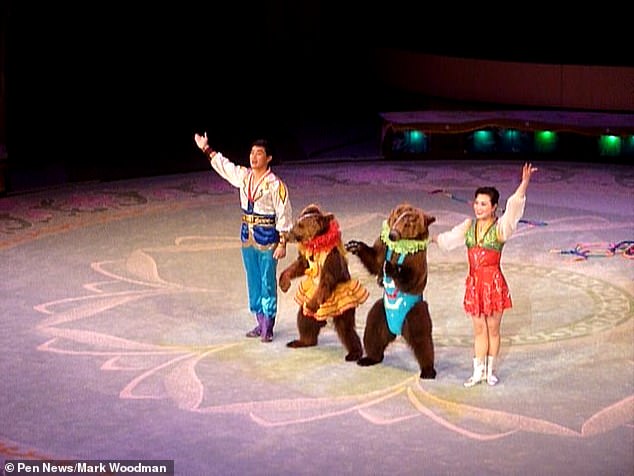 The bears were dressed up in bizarre outfits, and some of the audience initially even thought they were humans in a costume 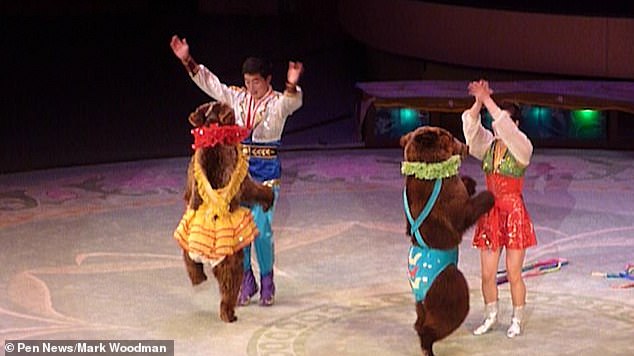 ‘The tour mate said she thought the highlight was the people dressed as bears! The tour guide and I had to break it to her.’

Photographs from another recent performance show monkeys have been subjected to the cruel treatment also.

Campaigning group Animal Defenders International (ADI) said circus animals like these had been tamed by a lifetime of suffering.

‘Denied the normal, social and mental stimulation they would enjoy with their families in the wild, the compliance of these intelligent, feeling animals is achieved through violence, threats, and withdrawal of food, water and affection during training. 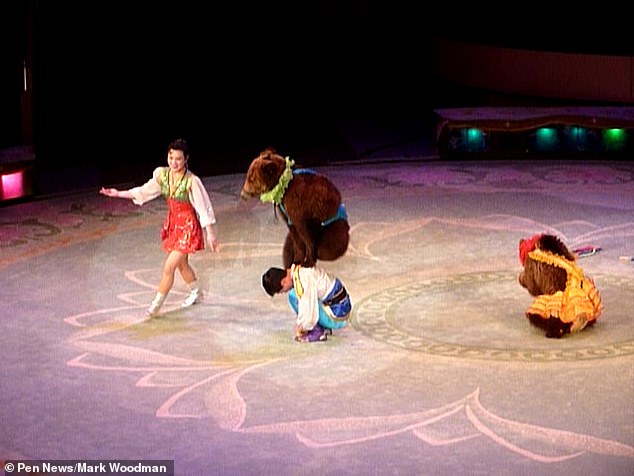 They were trained to remarkably leapfrog their trainers, but animal rights campaigners have said that, to condition the bears to perform these tricks, would inflict suffering on them 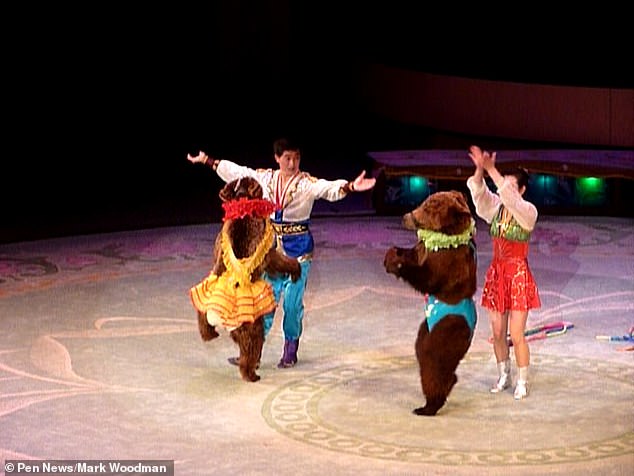 ‘The public can help end their suffering by avoiding animal shows and letting attractions know why they are taking their custom elsewhere.’

Mr Woodman said that he did not regret his trip to North Korea, however.

‘Since a trip to the Middle East beginning in 2009 I’ve been hooked on visiting countries that are culturally and religiously distinct from home,’ he said.

‘I’m a gay atheist and focus on travel to countries that “love god and hate gays”. It’s a challenging but endlessly rewarding style of travel that has led me to meet LGBT people and other locals all over the world.

‘It helps to get beneath the stereotypes and narratives driven by the media and/or government, and distinguish people from regimes.’ 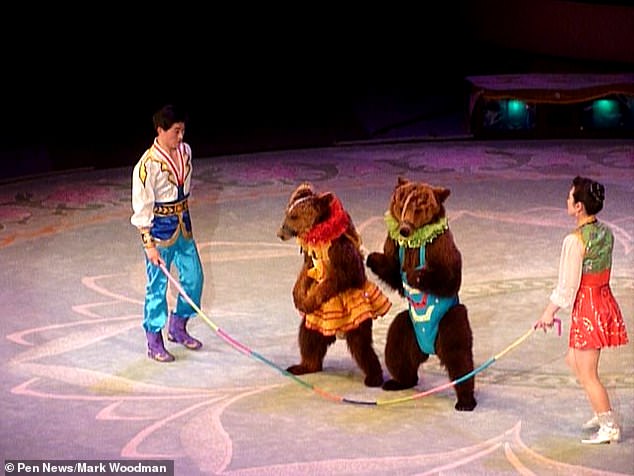 The bears, which appear to have been muzzled, obediently performed the tricks throughout the show 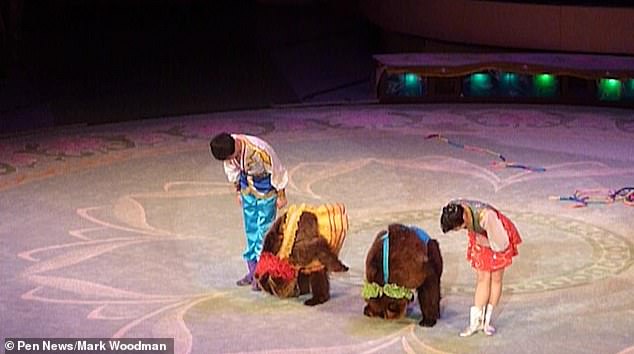 They often mimicked their North Korean trainers, such as bowing their heads to the floor, after which one of the bears pushed the other one head-over-heels as part of the routine