Naga Munchetty gets new role as the £195,000-a-year BBC presenter takes over from Emma Barnett on Radio 5 Live

Naga Munchetty is to replace Emma Barnett as host of the mid-morning programme on BBC Radio 5 Live.

The BBC Breakfast presenter, 45, will front the show from 10am until 1pm, after a stint guest presenting on the station over the summer.

She will continue to appear on BBC Breakfast alongside her radio work and has said she is ‘absolutely thrilled to be joining the 5 Live team’. 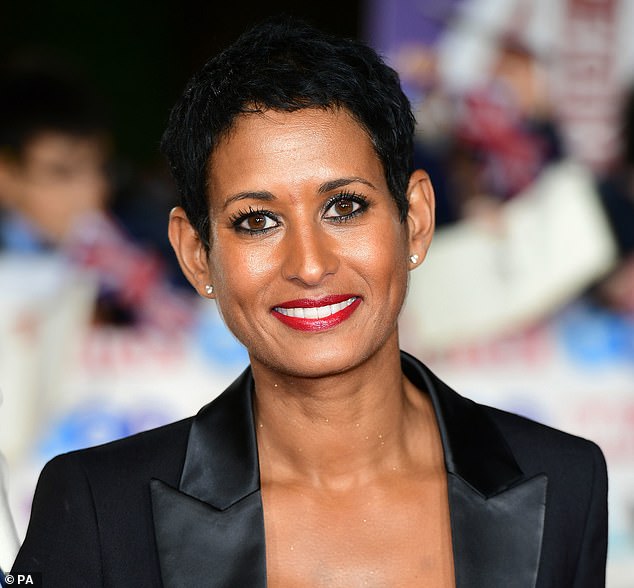 Naga Munchetty, 45, (pictured) will front the mid-morning programme on BBC Radio 5 Live from 10am until 1pm from Monday to Wednesday

The journalist, who joined the BBC in 2008 and became a lead presenter on BBC Breakfast in 2014, will present Monday to Wednesday.

She said: ‘I have always wanted to work more in radio and after such an enjoyable experience presenting on the station recently, I jumped at this opportunity.

‘Five Live has one of the most passionate, engaged audiences in radio. The prospect of talking to those listeners every week really excites me.

‘I can’t wait to get stuck into the role from January.’ 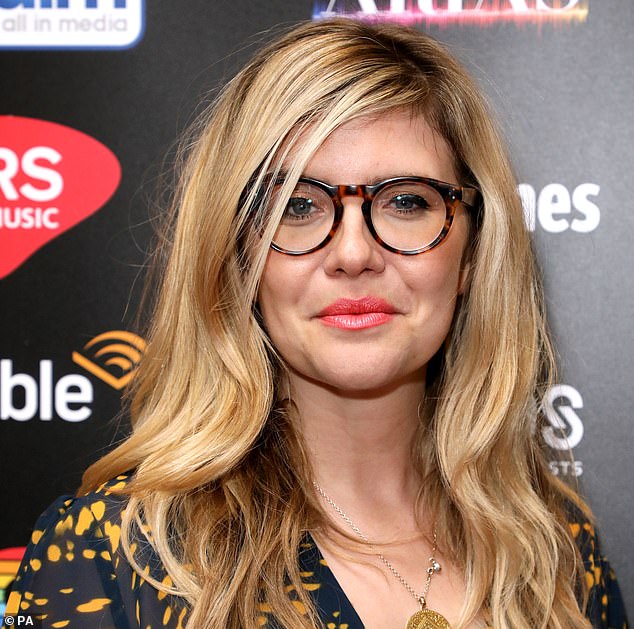 She is taking over from Emma Barnett, 35, (pictured) who is leaving the role to become the main presenter of Woman’s Hour

Heidi Dawson, controller of BBC Radio 5 Live, said: ‘Naga is a brilliant broadcaster and a fearless journalist, making her the perfect fit for our mid-morning programme.

‘She impressed us while working briefly at the station in the summer, when our listeners loved her warmth, wit and straight-talking interview style.

‘I can’t wait to hear her interviewing the biggest names in news and telling stories from around the UK that you won’t hear anywhere else.’

It comes after Emma Barnett, 35, is leaving the role to become the main presenter of Woman’s Hour. 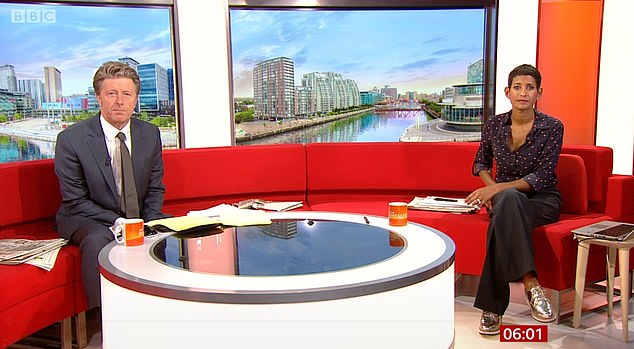 This follows the departure of long-standing hosts Jane Garvey and Dame Jenni Murray.

Munchetty was rebuked by the BBC last year after commenting on US President Donald Trump’s call for a group of female Democrats to ‘go back’ to their own countries.

The corporation initially ruled that the presenter had breached editorial guidelines before then director-general Lord Tony Hall reversed the decision.

Last month she was rapped by BBC bosses after appearing in a business interview series for NatWest.

She hosted webinars for the banking giant weeks after she was rebuked for fronting a paid corporate video for car maker Aston Martin.

September 2020: Munchetty is warned again about Moonlighting, this time for Natwest, and is warned by the BBC the gig ‘could be seen as a conflict of interest and will be kept in mind for future editorial decisions.’

August 2020: Munchetty is hauled before BBC bosses and ‘reminded’ about ‘conflicts of interest’ after sparking a fresh impartiality row by moonlighting on a corporate video for Aston Martin.

July 2020: Munchetty was blasted by Twitter uses over her six-figure salary after saying that it was ‘worth it’. ‘We’re there to provide a service and make sure people are informed, educated and entertained. I think a licence is worth that,’ she said.

June 2020: Munchetty said broadcasters were not ‘robots’ and should do more than ‘blankly’ read the news. Her comments followed furore over the actions of fellow BBC presented Emily Maitlis who was accused of violating the BBC’s impartiality guidelines after she delivered a highly critical monologue about the Dominic Cummings lockdown controversy during an episode of Newsnight.

October 2019: Munchetty received more than 300 viewer complaints after grilling rapper Professor Green and Tory MP James Cleverly on Breakfast. Audiences were unhappy about her putting the screws to Cleverly and that she mocked Professor Green as he tried his hand at weather presenting.