This is how it’s done, dad! Barron Trump, 15, joins Donald on the golf course in Palm Beach

Barron Trump joined Donald on the golf course in Palm Beach on Saturday and wasted no time in showing off his swing.

The 15-year-old was seen playing with his father and a handful of other men, and one woman, at Trump International Golf Club near Mar-a-Lago in West Palm Beach.

Barron, like his father, wore a white polo shirt for the outing but was one of the only people in the group not wearing a Trump-branded hat.

Former President Donald wore his signature red MAGA cap and black pants. He appeared to be in a jovial mood and was chatting to the other golfers on the course in between shots.

The family has been keeping somewhat of a low profile in Florida since Trump left office in January. 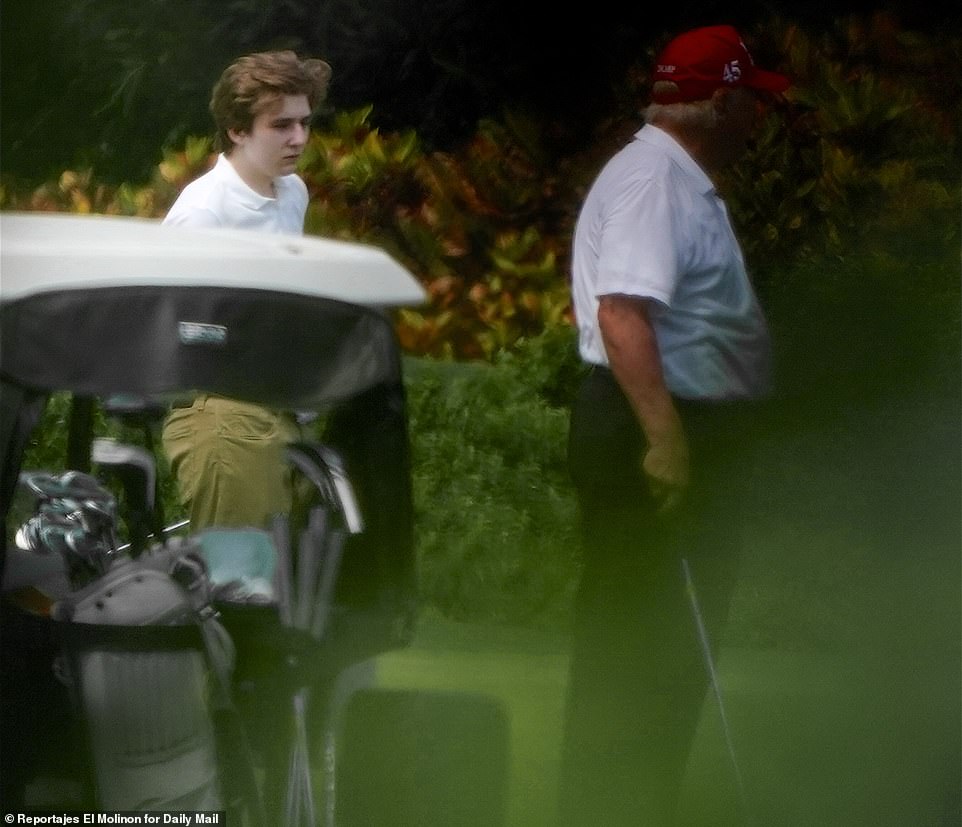 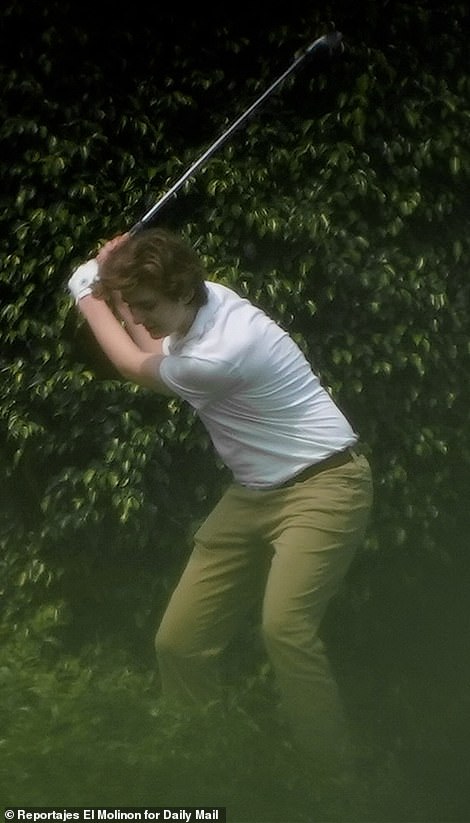 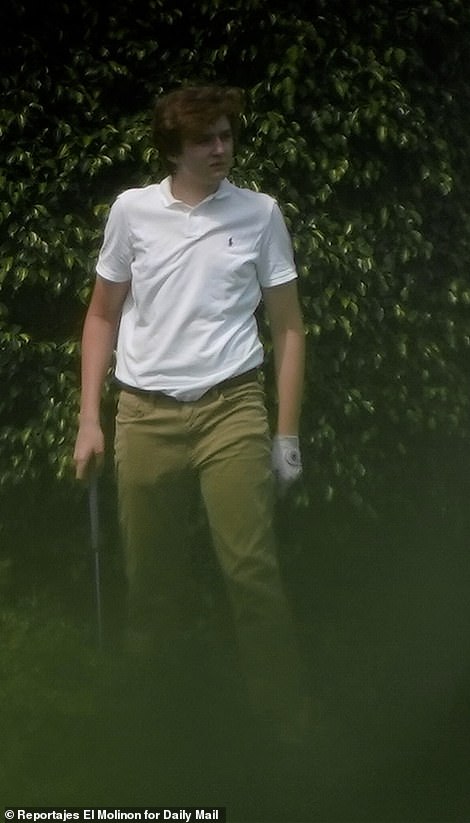 The teenager seemed very much focused on his game. It is one of the first times he has been seen since his father left office

He is now using the slogan Save America, and has begun endorsing Republicans like his former press secretary Sarah Huckabee Sanders, who is running for governor in Arkansas.

Melania Trump has rarely been seen since she fled for Florida. She is no longer active on social media.

Trump’s older children are far more visible. Ivanka is regularly spotted in Miami, where she now lives with her husband Jared Kushner and their three kids.

Donald Trump Jr. is as pugnacious as ever, fighting his father’s corner on social media and crusading against the liberal left.

Eric Trump has taken a backseat to his wife Lara, who now has a role on FOX News and her own Facebook show.

Tiffany Trump is believed to be in Florida with her new fiance, Michael Boulus. 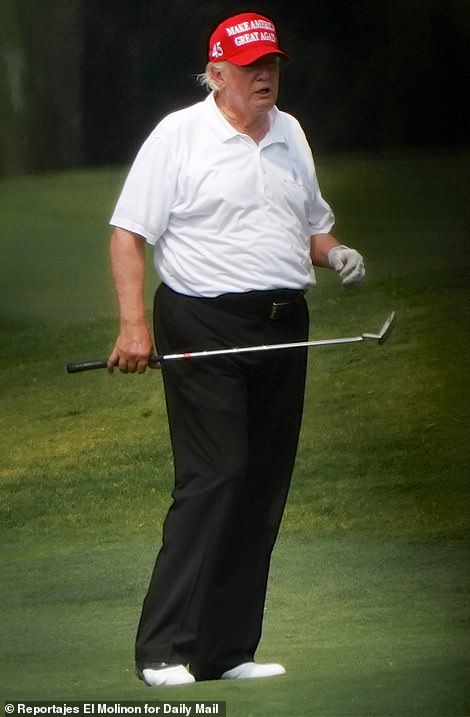 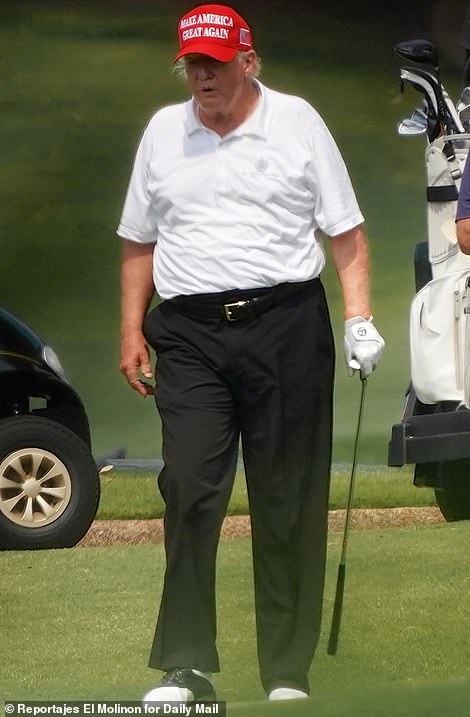 Trump has kept somewhat of a low profile since he left office in January. He has been banned from social media platforms 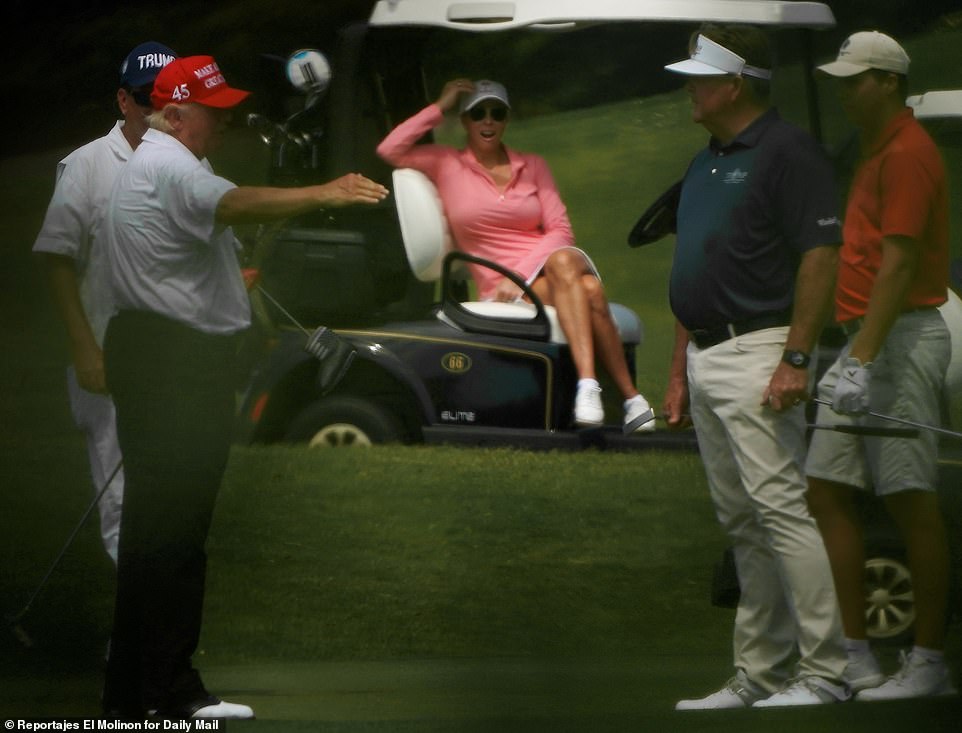 Trump chatted happily with other golfers on the course. His caddy was wearing a TRUMP hat