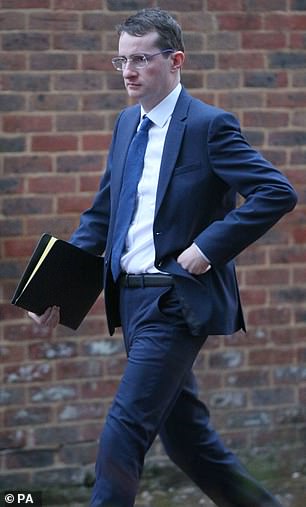 Stephen Fingleton, pictured outside court, was cleared of attacking the woman after meeting her at a BFI event in Leicester Square in October 2017

A Bafta-nominated director accused by a movie actress of being ‘her Harvey Weinstein’ wept in the dock today after he was cleared of sexual assaulting her as she hung up her washing.

Northern Irishman Stephen Fingleton, 35, from Enniskillen, broke down when the jury at Isleworth Crown Court in west London found him not guilty of attacking the woman after they had lunch on October 27, 2017.

He looked at the jury and said ‘thank you’ as the verdict was delivered.

The woman, who cannot be named for legal reasons but has appeared in several hit movies, had claimed the director pulled her head towards his crotch as she hung washing.

A jury of six men and six women at Isleworth Crown Court found Mr Fingleton not guilty of one count of sexual assault after deliberating for eight hours and six minutes.

The actress claimed she had invited Fingleton to her home in southwest London for lunch and to discuss the possibility of being cast in one of his films.

She said he kept insisting they move into a darker room, like her bedroom to watch one of her movies, as he had a projector app on his phone.

She claimed he grabbed the top of her head and pushed it towards his crotch before telling her: ‘You need to keep you head there, keep it there’.

The woman later told a friend she had been sexually assaulted by a film director and in a reference to the disgraced Hollywood mogul said ‘he had been totally her Harvey Weinstein’.

But Fingleton insisted he would never take advantage of his position and that she had been the one who introduced sexual topics to the conversation.

Fingleton also denied any sexual touching and said it ‘simply did not happen’. 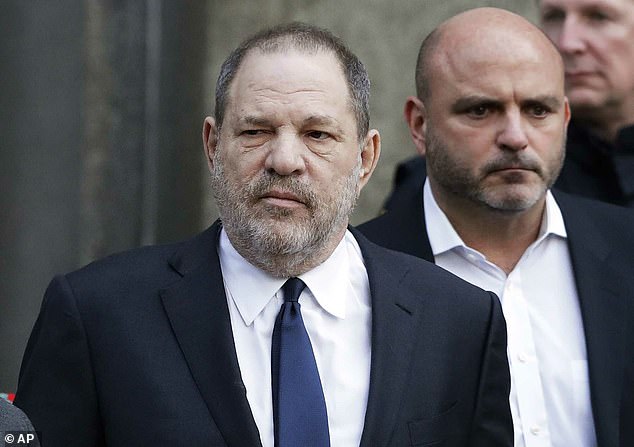 He was cleared of sexual assaulting the woman on October 27, 2017, after an eight-day trial at Isleworth Crown Court.

Smartly dressed in a navy suit, Fingleton sobbed as the jury of six men and six women cleared him after deliberating for eight hours.

Fingleton is a writer and director who has made a number of films, his debut “The Battersea Ripper,” was screened at the Screentest Festival in Bristol in 2006.

In 2015 his debut film “Survivalist” was selected for BAFTA’s Brits to Watch: The Screenings events and was also chosen as BAFTA’s Breakthrough Brit.

Fingleton was nominated by BAFTA in the Outstanding Debut category in 2016.

Orla Daly, defending, suggested the woman had insisted they watch the film she had acted, directed and starred in it, hoping that him seeing it would be her ‘big break’.

Cross examining the actess Ms Daly said: ‘Then you met with Mr Fingleton you were hoping that it would help you become famous.

‘Instead he said he did not think much of your film.

‘You realised that you would not be able to raise your profile in any positive way.’

‘Did you decide, in the heat of the moment to make an untrue ‘Harvey Weinstein’ accusation against him?’

‘You know the allegations are lies,’ she told the woman.

‘In your first message to your best friend, you chose to mention Harvey Weinstein.

‘The first night you met Mr Fingleton in October, lots of people at the BFI were talking about him.

‘That was the night the news started to break. Every few days there were reports of new accusers.’

Prosecutor Jocelyn Ledward asked the actress: ‘Can you explain why you did not want to upset him when he was in your flat, but you were prepared to call the police shortly afterwards?’

She replied: ‘Because it was the right thing to do, and I was thinking what if there was a girl after me.

‘I did not do this for me but for the potential person who might not be able to get him to leave.’