BA pilot, 65, goes to war with his two sisters over their late mother’s £1.5million fortune after they claim he was meant to get less than £500,000 because he’s already rich 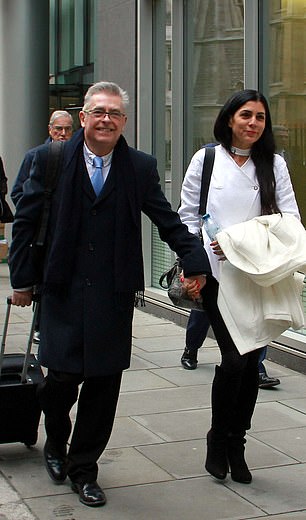 Former BA pilot Chris Burgess, 65, and his wife Cleide, arrive outside the High Court in London

A former BA pilot is embroiled in an bitter legal battle with his two sisters over their late mother’s £1.5million fortune, after they claim he was meant to get less inheritance because he is already wealthy.

Chris Burgess, 65, was left with £500,000 of his mother’s money when she died, under a will his sisters claim she was too frail and vulnerable to understand.

Freda Burgess, from New Milton, in Hampshire, split her £1.57m estate equally between Chris and his two sisters, Jennifer Penny, 69, and Catherine Kennard, 55.

But now the two sisters claim their brother was meant to get less of the inheritance because he was richer than them.

Mr Burgess, whose claim has been strongly supported by his glamorous Brazilian wife, insists his parents wanted them to be ‘treated equally’.

The sisters said their mother ‘did not know and approve of the 2013 will’s contents’, suggesting she was frail and vulnerable due to a fall nine days before the will was signed. They also claim it was not properly witnessed.

They are asking a High Court judge to rule in favour of an earlier document from April 2012 instead of the 2013 version.

The previous will left Mr Burgess, of East Molesey, Surrey, with just 20 per cent of his mother’s fortune and the two siblings with 40 per cent each.

That was in line with his father’s belief the two sisters should inherit more because Mr Burgess was the wealthiest of the children, the sisters claim.

The sisters’ barrister, Katherine McQuail, said the court ‘should not be satisfied that Freda knew and approved the contents of the 2013 will’. 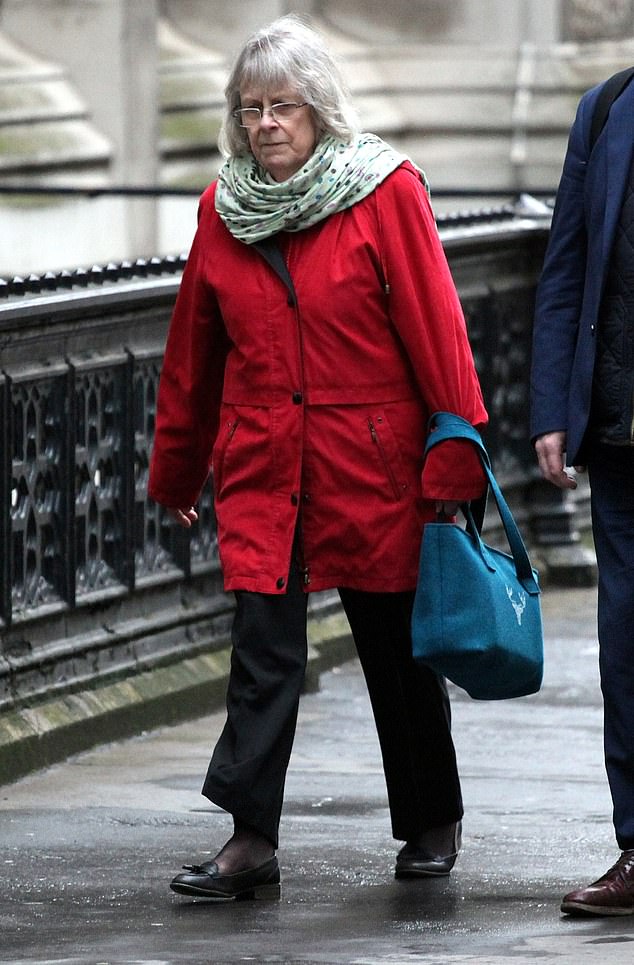 Jennifer Penny, 69, claims the new will should be void as her mother was not in the right frame of mind to sign it

This was due to her recent fall, the absence of independent advice, and ‘the lack of any family-wide discussion either before or after the 2013 will was purportedly executed’.

Chris insisted he and his sisters traditionally expected to be treated equally when their parents died.

He denied claims from his siblings’ barrister that he ‘wanted to be in charge’ of his mother’s finances or become ‘head of the family’ after the death of their father, who was a family lawyer and judge in Hampshire.

Miss McQuail said: ”You took control, you wanted to be in charge – you wanted your sisters out of it.’

Mr Burgess explained he handled his father’s will after his death in 2012, and helped his mother out with their affairs, as he claims the two sisters abandoned their mother.

He said: ‘I asked my older sister if I could talk to her about my mother’s finances but she wrote back and said “thank you for all your help”.’

The barrister continued: ‘Your mother reported to her GP that you took over her finances.’

But Mr Burgess told the court: ‘I assisted my mother in everything, I just did whatever she told me and I explained everything I was going to do.

‘I never did anything against her wishes.’

Thomas Dumont, acting as Mr Burgess’ barrister, acknowledged the sisters’ claims their mother was ‘vulnerable’ after her fall, but said Mr Burgess and his wife, Cleide, ‘rallied round’ and helped her. 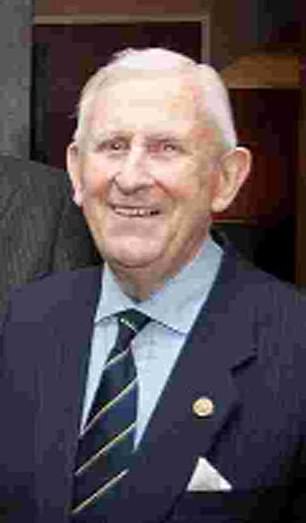 The three siblings going before the High Court are the children of Jim Burgess, a judge and lawyer who died in 2012

Cleide Burgess, who met Chris while working as BA cabin crew, told the court her husband had done his best to care for his mum and to bring the family together.

Cleide describes her husband as her ‘soulmate’ on her counselling website.

And Mr Dumont described the ex-pilot as a ‘palpably honest and generous individual who did his utmost to provide his mother with comfort and support when she needed it’.

The fall, although a shock to Freda, ‘did not affect her capacity,’ urged Mr Dumont.

He added that Freda was a woman who understood her actions and remained ‘determined’ and independent-minded following the accident.

And there was never any question of Mr Burgess suggesting that Freda should change her will, the court heard.

‘He was surprised by his mother’s desire to change her will, but it was her idea and he had never raised it with her,’ said Mr Dumont.

Nor had either of the two sisters objected to the idea of an equal split, he pointed out.

Judge Catherine Newman QC reserved her decision in the case.