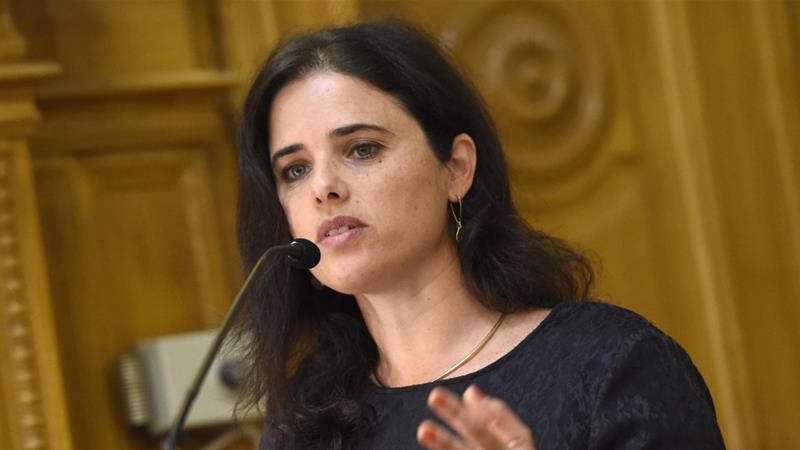 Israel must safeguard a Jewish majority even at the expense of human rights, the country’s justice minister has said in a speech defending a bill that would legally define Israel as the “national home of the Jewish people” for the first time.

Ayelet Shaked said on Monday that Israel must maintain both a Jewish majority and democracy, but stressed that keeping the state’s Jewish character may come “at the price” of human rights violations.

“There is place to maintain a Jewish majority even at the price of violation of rights,” Shaked told a conference in Tel Aviv on Monday, Israeli media reported.

In her speech, Shaked, a member of the far-right Jewish Home party, defended the so-called Jewish Nation-State Bill, which would constitutionally define Israel as the national home of the Jewish people for the first time.

“There are places where the character of the State of Israel as a Jewish state must be maintained, and this sometimes comes at the expense of equality,” Shaked said, as reported by Israel’s Haaretz newspaper.

“Israel is a Jewish state. It isn’t a state of all its nations. That is, equal rights to all citizens but not equal national rights,” she said.

The contentious Nation-State Bill, which still needs to be approved by Israel’s parliament, the Knesset, passed a preliminary reading last May. It is expected to be brought to a first reading later this year.

The bill states that “the right to exercise national self-determination in the State of Israel is unique to the Jewish people”.

It also demotes Arabic from an official language to a language with “special status”, even though it is the mother tongue of approximately 1.7 million Palestinian citizens of the state.

Adalah, a legal centre for Palestinian citizens of Israel, said that, because the bill would become a Basic Law in Israel, i.e. constitutionally binding, “its enactment could be used to justify through law widespread discrimination” against Israel’s non-Jewish citizens.

For that reason, it is “highly dangerous”, the group said.

The bill would also force all citizens of the state, regardless of their religion, to comply with Jewish civil law, often without legal precedent, explained Mossawa, an advocacy centre for Palestinian citizens of Israel, in a position paper.