A TV news anchor has stormed off set during a live interview with a guest who wouldn't stop ranting about a debunked voter fraud conspiracy theory.

Controversial pillow tycoon Mike Lindell, who is also a vocal supporter of former President Trump, was invited on Newsmax's American Agenda to discuss Twitter's decision to "permanently suspend" his account and "cancel culture". 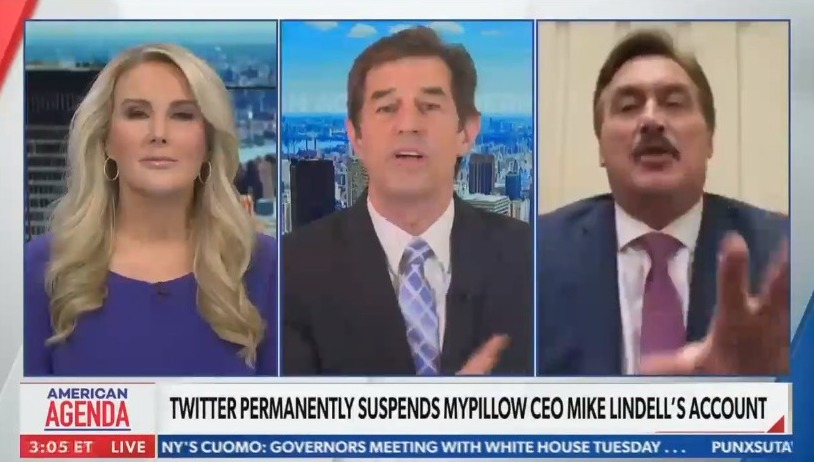 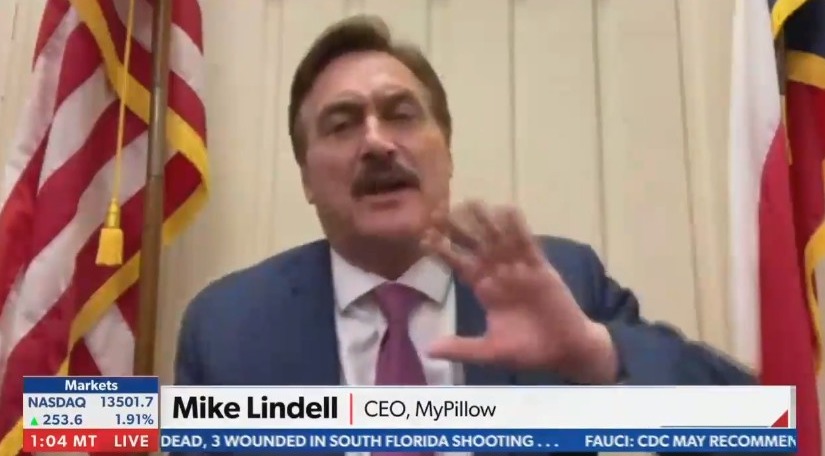 Appearing on the program on Tuesday, Lindell launched into a monologue about how his Twitter account was "taken down because we have all the election fraud with these Dominion machines" – a claim for which there is no evidence.

Lindell and Newsmax are already facing potential litigation from Dominion Voting Systems for his accusations that their voting machines played a role in voter fraud during the 2020 presidential election.

Anchor Bob Sellers interrupted Lindell, telling him he was "talking about machines that we at Newsmax have not been able to verify any of those kinds of allegations”.

“We just want to let people know that there’s nothing substantive with what we’ve seen.”

Sellers then went on to read a written statement noting his allegations of fraud are unverified and Newsmax accepts the outcome of the election, talking over Lindell for almost a full minute as the MyPillow founder continued to rant about vote-rigging.

Despite Sellers’ attempts to steer the conversation back to Twitter, Lindell once again promised to reveal evidence of voter fraud.

"Can I ask our producers, can we get out of here please?" Sellers eventually sais.

"I don't want to keep going over this," he added before standing up and walking out of view.

Co-anchor Heather Childers then attempted to continue the interview. 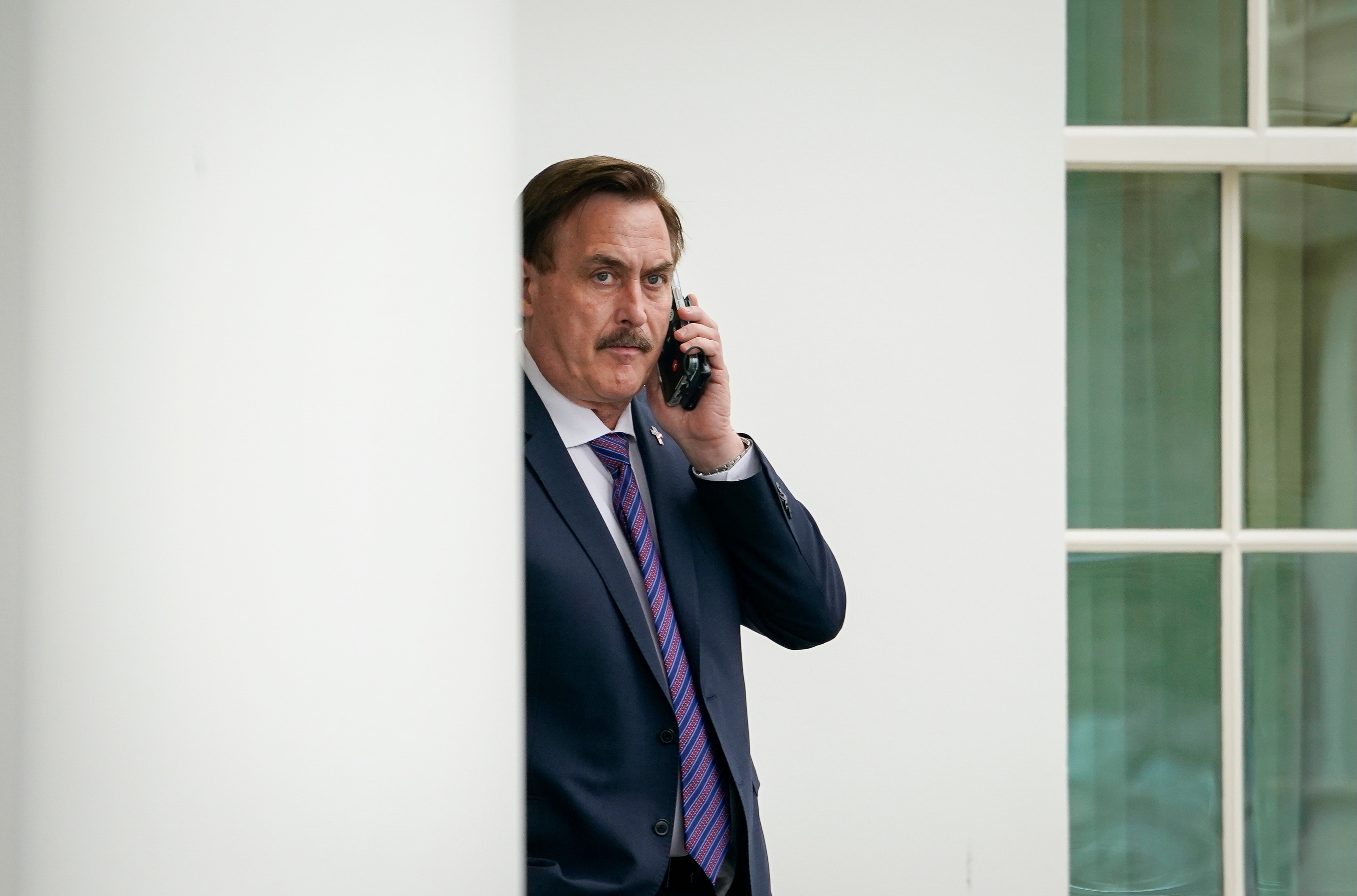 On Monday, Lindell was banned by Twitter for voicing support for Trump's baseless election fraud claims.

The MyPillow chief executive was "permanently suspended due to repeated violations of our Civic Integrity Policy", a statement from Twitter posted last week, read.

Lindell previously said he doesn’t regret his election claims or his support of Trump, who he said he first met in 2016. 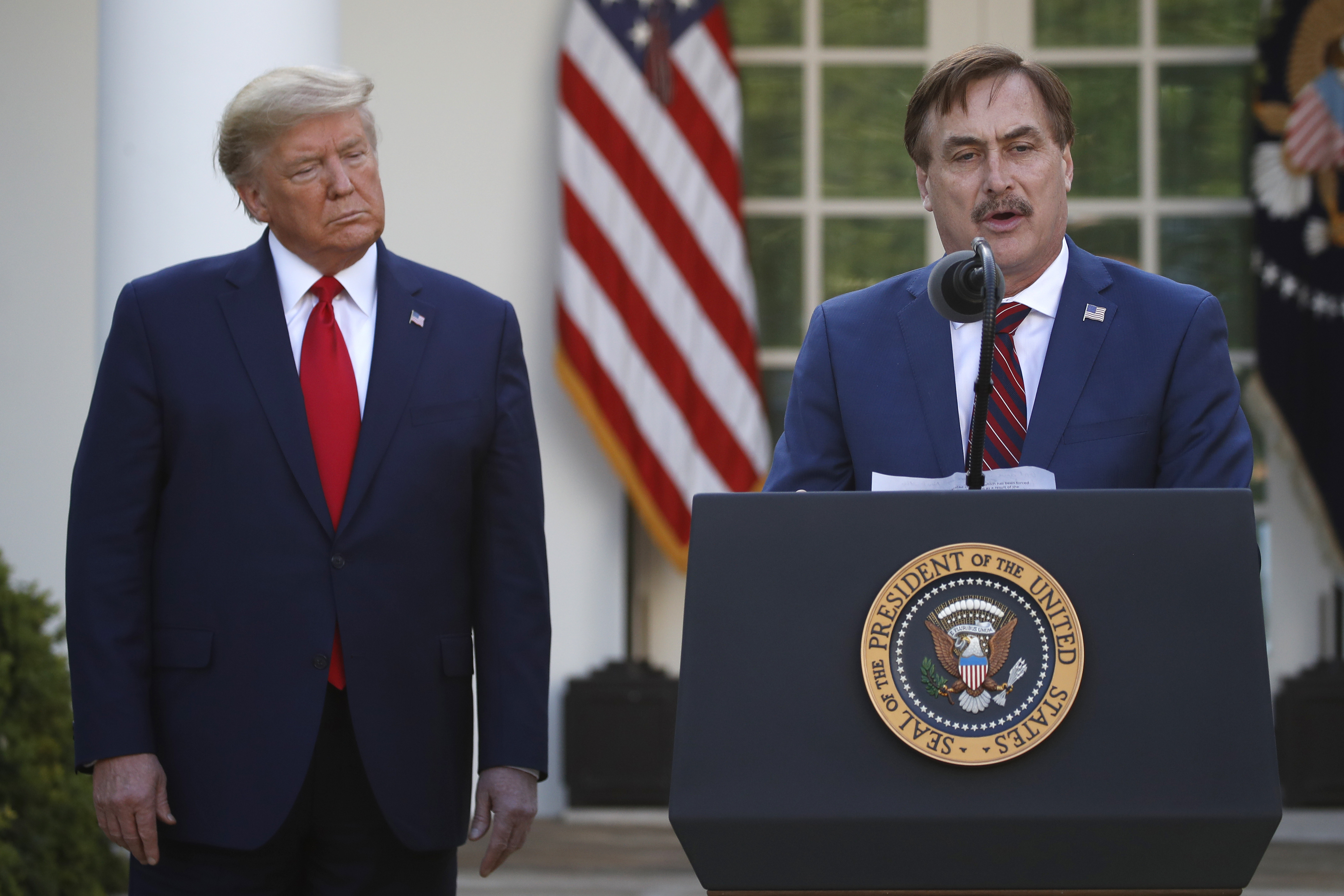 Lindell has been a vocal supporter of Trump and a major donor to the Republicans.

It was not immediately clear which tweets got him banned, but he faced a backlash for his comments in the wake of the January 6 Capitol siege.

He called the riot – which left five dead – "very peaceful" and blamed "undercover antifa that dressed as Trump people" for the chaos.

"Donald Trump will be our president for the next four years," he said just weeks out from Joe Biden's inauguration.

He had also voiced support for the former President's campaign to overturn the election result on spurious allegations of vote-rigging. 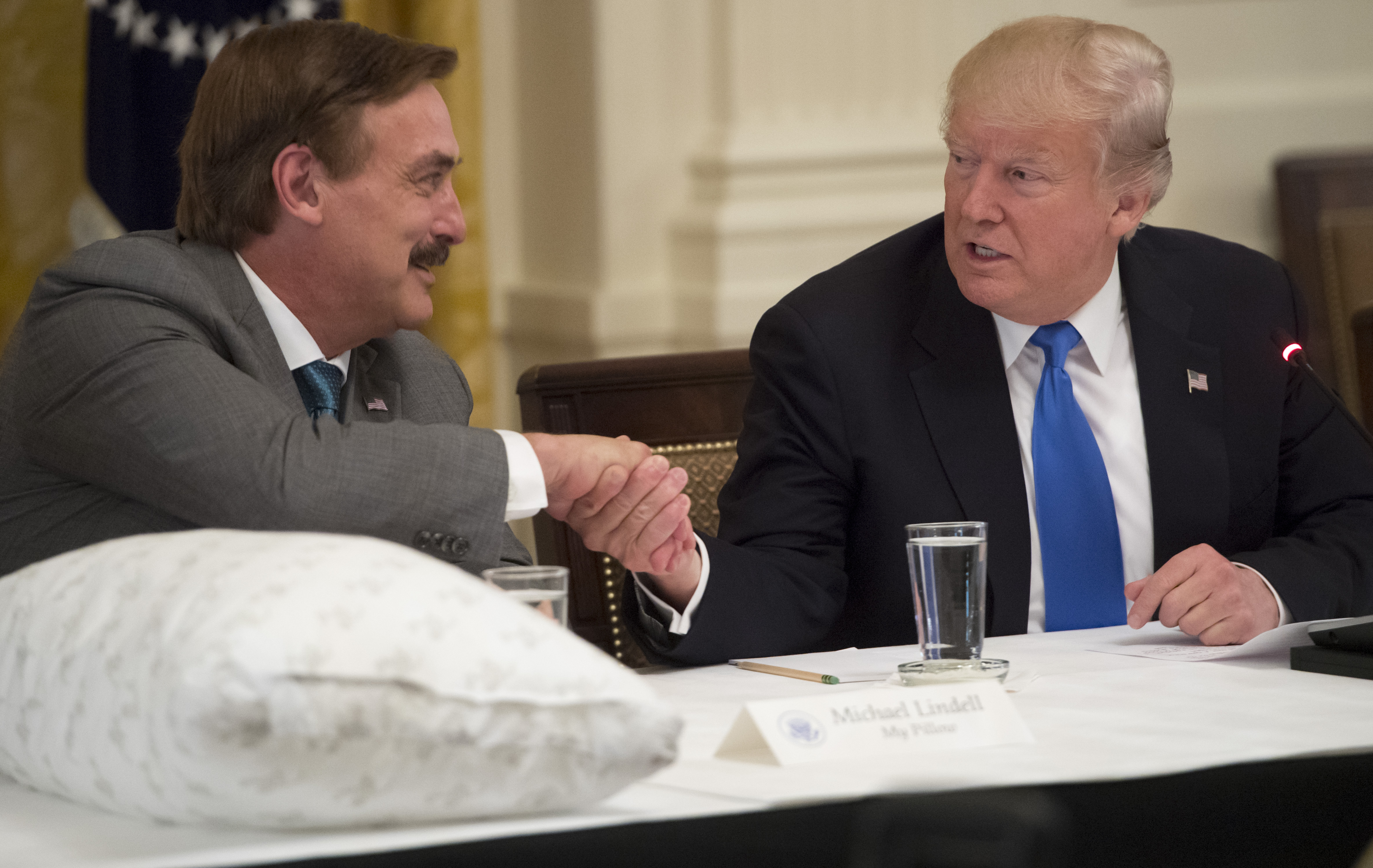 He even urged Trump to declare martial law in Minnesota to obtain its ballots.

She had encouraging Trump supporters to “mobilize” after recent “attacks on their liberties”.

Twitter's policy says two strikes lead to a 12-hour ban, while five or more strikes can result in what the company calls a "permanent suspension."

Donald Trump was banned from the platform after he was accused of inciting the Capitol rioters and urging them to "fight". 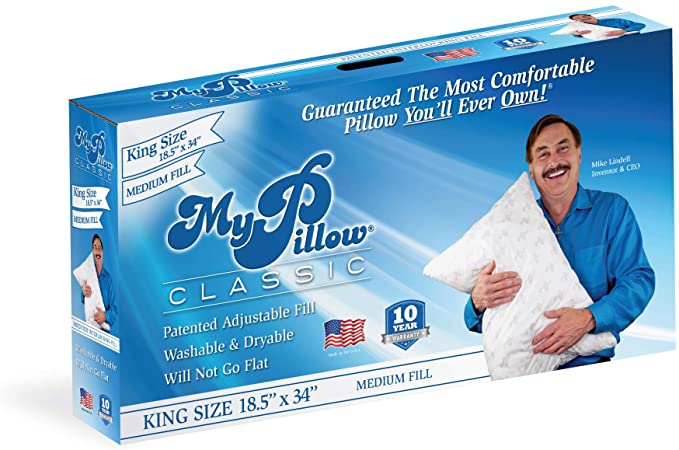 Twitter has banned more 70,000 accounts for sharing misinformation since the siege.

This latest ban has been viewed as another example of "cancel culture", with an increasing number of conservative voices being "stifled" on social media.

World leaders have blasted Twitter's decision to ban Trump, along with other Republicans.

Mexican President Andres Manuel Lopez Obrador blasted the decision to ban Trump from social media sites, adding that it was a “bad sign” that private companies have the authority to censor opinions.

Nikki Haley, the former US ambassador to the United Nations and a Trump ally, likened the move to political censorship in China. 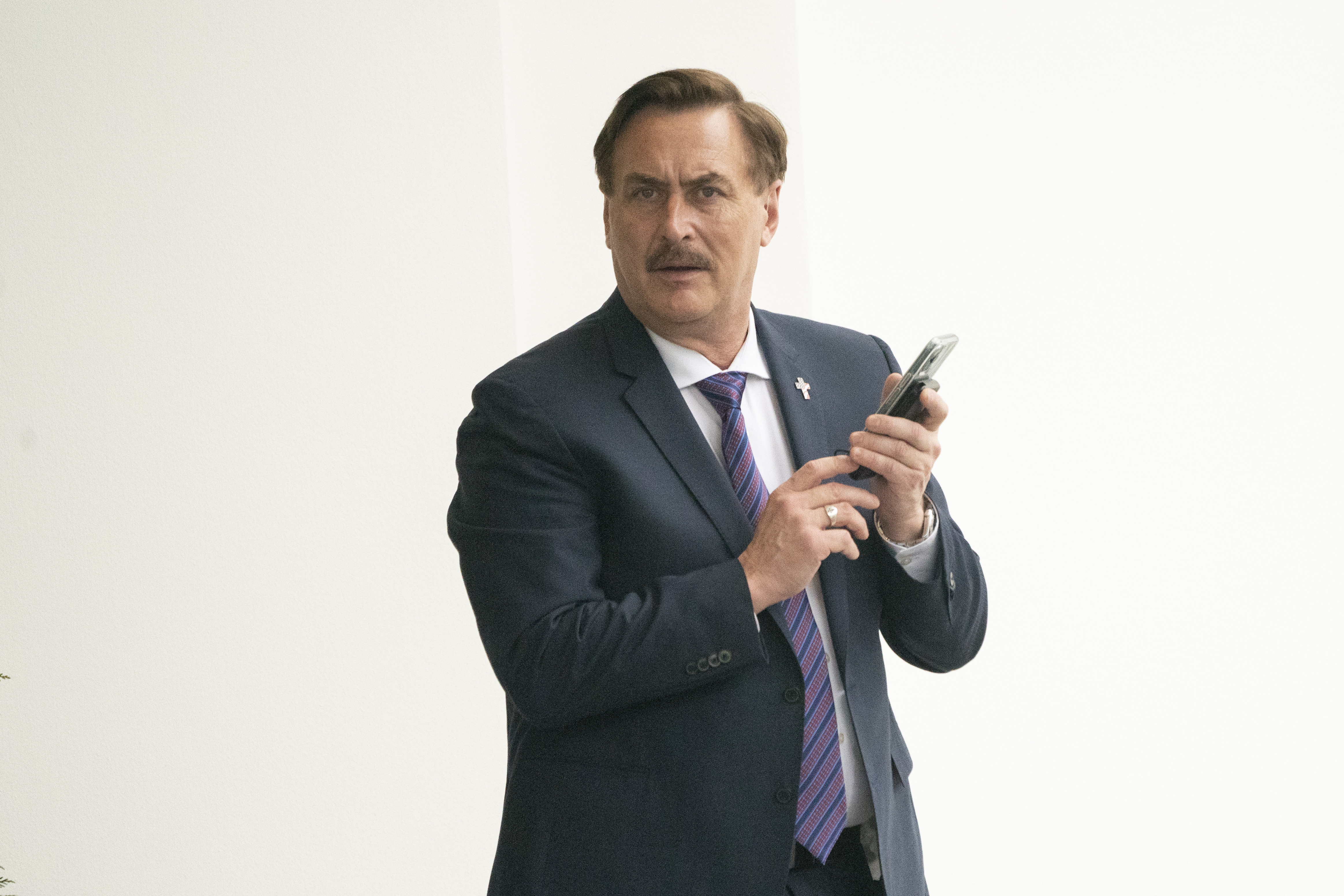 Last month, retailers such as Bed Bath & Beyond, Wayfair, and Kohl’s dropped Lindell's products in wake of the Capitol riots.

Lindell has informally advised Trump in the White House, including on the coronavirus pandemic.

Earlier in January, he was pictured leaving the West Wing with notes suggesting a plot to replace the CIA director with the acting chief of staff at the Pentagon.