An Austrian duke has been arrested on suspicion of gunning down three family members with a shotgun in their castle during an alleged row over inheritance.

Duke Anton von Goess, the owner of Bockfliess Castle in the Austrian state of Lower Austria, was arrested by police officers on suspicion of murdering his family members.

According to local media, the 54-year-old Austrian duke allegedly confessed to police that he killed his 92-year-old father Count Johannes Ulrich, his 87-year-old stepmother Margherita and his 52-year-old brother Ernst.

The alleged murders happened around 2pm last Thursday in the castle’s office in Mistelbach, Austria.

According to the police, all victims were shot at close range and a hunting rifle was said to have been found at the scene. 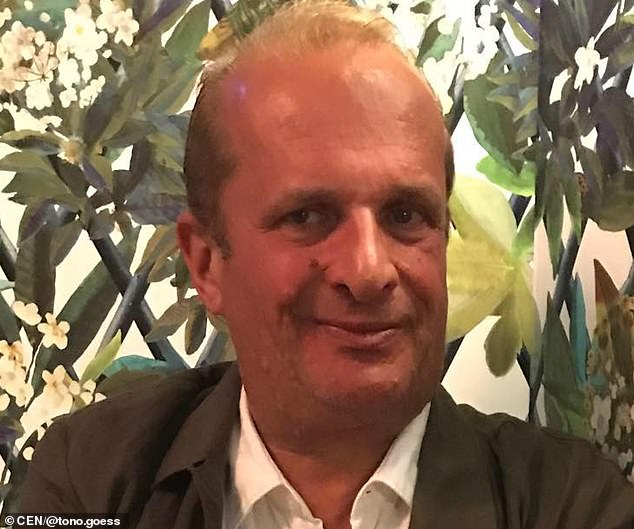 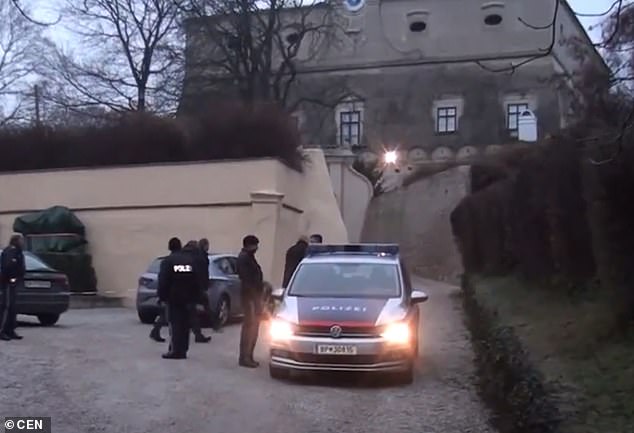 Police at the scene at Bockfliess Castle in Mistelbach last Thursday. The alarm was raised by a woman who allegedly became suspicious after she heard noises that sounded like ‘bangs’

The alarm was raised by a woman who allegedly became suspicious after she heard noises that sounded like ‘bangs’ last Thursday.

The police refused to comment on a possible motive, citing the importance of ongoing investigations.

A lawyer acting for the Duke, who also goes by the nickname ‘Tono’, claimed he suffered headaches from terminal tumours, that caused ‘a certain amount of confusion to set in’, Peter Philipp told Austrian news site OE24.

Mr Philipp also said his client will defend the charge as ‘it has to be clarified whether my client was sane or not’ due to his ‘outer and inner tumours’.

Residents in the market town claim that the nobleman may have killed his brother in a dispute over family inheritance.

Neighbours said that the once-wealthy Goess family is in financial dire straits and has had to sell off property. 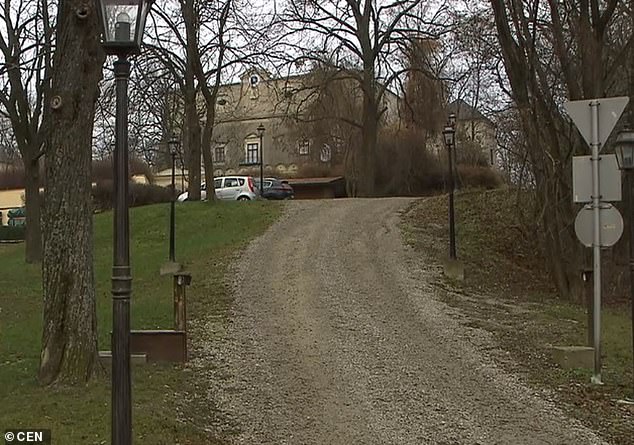 Father Johannes Ulrich Goess reportedly burdened his sons with the financial problems, which allegedly resulted in repeated fights between Duke Tono and his brother Ernst.

A neighbour said: ‘We can hardly believe it. Everyone thought that they had a lot of money and no problems, but it turned out that they have some financial issues.’

But locals also said that the Duke was a friendly and helpful person who always behaved respectfully towards the townsfolk.

Investigators are now trying to recreate what played out in Bockfliess Castle in the final hours before the murders.

Duke Tono was found to be online at 2.44am, sharing a video on social media about a neurosurgeon dancing with his patients. 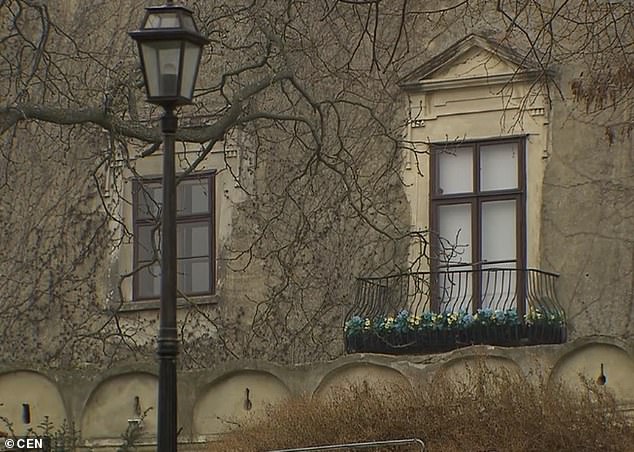 The Austrian duke frequently used social media to discuss politics and had showed a recent interest in the yellow vests movement in France and vouched his support for Austrian Chancellor Sebastian Kurz and the government’s anti-immigration laws.

The Goess family originates in Portugal, from where they moved via the Belgian region of Flanders to Austria in the 16th Century.

In 1530, the Habsburg monarchy, which ruled across the region from gave the Goess family noble titles and land.

They have estates and castles all over Austria, with most properties found in the state of Carinthia where even an entire mountain is owned by the Goess family.