MPs could be fined or sacked from Parliament for serious cases of bullying or harassing staff as part of a proposed revamp of the laws governing Victorian politicians’ behaviour in the workplace.

Amid a wider debate about the culture of parliaments following allegations a Liberal staffer was raped by a colleague in federal minister Linda Reynolds’ office, the Victorian Parliament will adopt new punishments for politicians found guilty of unacceptable behaviour. 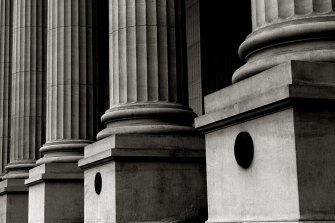 Only five MPs have been kicked out of the Victorian Parliament.Credit:Julian Kingma

Under one proposal, the power to fine, suspend or expel an MP could be handed to a new independent commissioner who would be able to bypass the Parliament and, for the first time, sanction rule-breaking MPs. The proposal would be a significant departure from the current regime where MPs can only be expelled by a vote of their colleagues.

An alternative proposal suggests the Commissioner, expected to be a former judge, could make a recommendation to Parliament about the appropriate sanction and the Legislative Assembly choose whether to impose it.

Victorian Speaker Colin Brooks told The Age the independent umpire would be a “first in Australia”.

“Currently, Parliament imposes sanctions but we have left the question of who applies sanctions open,” he said. “Some members expressed a concern that party politics could interfere in the process,” Mr Brooks said.

Dr Zareh Ghazarian, a politics lecturer at Monash University, raised concerns about a commissioner being given the power to impose sanctions independent of the house.

“Matters of serious misconduct need to be acted on and taken seriously but this could potentially lead to an unelected individual dismissing an elected member of Parliament,” he said.

Mr Brooks said introducing an independent commissioner would avoid party politics playing a role in dictating sanctions against misbehaving MPs. During the consultation process other MPs raised concerns about the need for politicians to openly debate a potentially sensitive workplace matter.

In more than 160 years, only five MPs have been expelled from the Victorian Parliament for reasons ranging from bribery and corruption to rigging elections.

A note on the overhaul has been sent to all MPs and the consultation period has closed with no objections being registered. That means the system will almost certainly be introduced, with the detail to be finalised by a committee and drafted into legislation.

The workplace overhaul follows a legal review of Parliament that found MPs were exempt from workplace laws which prohibit inappropriate behaviour including bullying, harassment and victimisation.

Lawyers hired by the Parliament found that the standing orders – the rules enforced in the upper and lower house – only apply to the behaviour of members when inside the chamber.

Mr Brooks said he was surprised to learn MPs were exempt from many workplace rules that cover other staff working at Parliament House.

Under the proposed model, staff would refer any instances of inappropriate workplace behaviour to a conduct officer to investigate the complaint. Depending on the nature of the complaint, the officer would either speak directly to the MP and let them know that their behaviour was inappropriate or initiate mediation.

In cases of more serious misconduct, the complaint would be escalated to a newly-appointed workplace behaviour commissioner to investigate.

If the complaint is upheld, the commissioner would then refer the MP to the lower house to sanction the MP or impose a penalty directly against the member.

Possible sanctions include forcing the MP to apologise, a fine, suspension from the Parliament or expelling the MP from Parliament.

The matter could also be referred to WorkSafe Victoria and the police.

The proposed reforms were circulated to MPs last week and will need to pass Parliament before they are implemented.

“The commissioner would be bipartisan which will give employees confidence in the system,” Mr Brooks said.

“In general, there is a tendency to view these matters through a political prism but the priority has to be the safety of our staff.

“Members of Parliament are not above the law.”

In 2015, then-small business minister Adem Somyurek was forced to resign from cabinet by the Premier following bullying allegations made by a staff member.

He maintained his innocence and blamed the incident on a factional spat within his party.

Mr Brooks denied the review of workplace standards was triggered by any one event and said the Parliament needed to have a system in place to handle complaints before it was forced to, as was the case in the British Parliament.

In 2018 Britain’s House of Commons commissioned a report by former high court judge Dame Laura Cox, after reports that complaints of harassment by political staff were being ignored in order to protect the interests of senior staff members and politicians.

“There is no impetus for the reforms but we saw what was happening overseas and we are not immune. We are a large employer that employs lots of humans,” the report said.

The overhaul has widespread support within the Victorian Parliament with only one MP raising questions about the proposals during a recent consultation period.

The push for better protections for political staff comes days after Prime Minister Scott Morrison agreed to commission an independent review into the workplace culture inside Parliament House in Canberra after former Liberal staffer Brittany Higgins alleged she was raped by a male colleague inside a ministerial office in 2019.