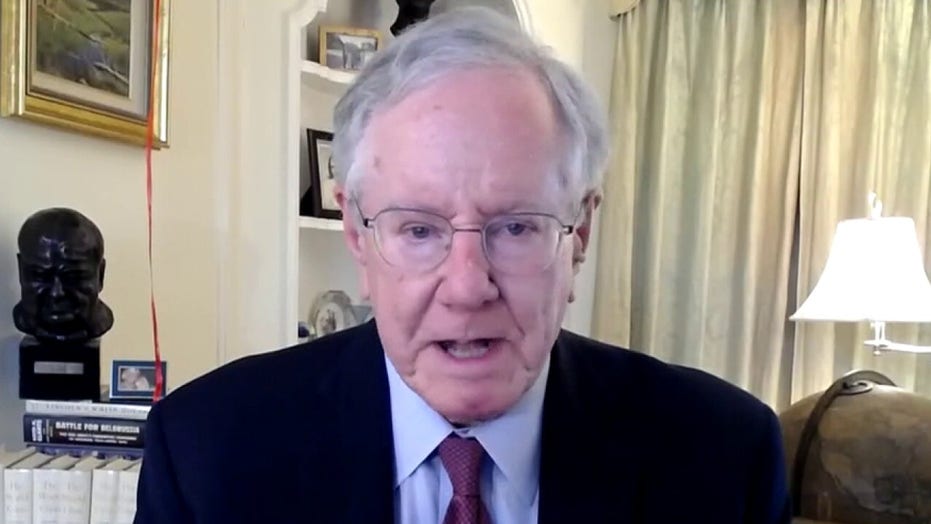 Forbes: Getting rid of unemployment benefits will ‘alleviate’ labor shortage

Demonstrators outside the Georgia Department of Labor in Atlanta on Friday protested Georgia’s decision to end federal unemployment benefits early, according to local reports.

Photos posted to social media show people camping in tents outside the state labor department with signs that read, “Black workers matter”; “Stop the war on the poor”; and “We demand affordable childcare.”

“The process of actually applying for unemployment has been disastrous for all Americans,” Nicole Fears, one of the demonstrators who was laid off from her job as a flight attendant after 26 years, told 13WMAZ, a local CBS-affiliated station. “We’re calling for reform, we’re needing Congress to step up to the plate and look out for these workers.”

Fears expressed that there are “lots of issues” and “the system is broken.”

Another group of four Georgia residents sued the state this week over delayed unemployment benefits, according to Fox 5 Atlanta.

Georgia Gov. Brian Kemp and Labor Commissioner Mark Butler announced this week that the $300-per-week benefits, which end for all states on Sept. 6, will end on Saturday in Georgia.

In total, 26 states are ending the assistance this summer, a move they contend will help businesses that are struggling to find workers. Just one, Louisiana, is led by a Democratic governor.

About 2.5 million out-of-work Americans will be impacted by the changes this weekend as 10 of those states drop out of the federal relief program.

Critics argue that other factors, such as a lack of child care, are the reason for lackluster hiring and have said that opting out of the relief program before it’s officially slated to end on Sept. 6 will hurt unemployed Americans, leaving them with no income as they search for a new job.