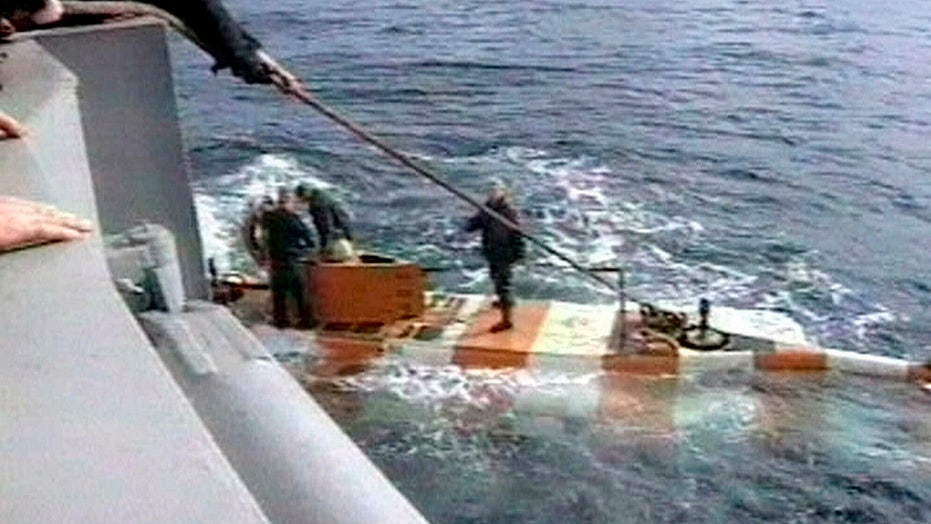 The vessel caught fire unexpectedly while the submersible was measuring sea depths in Russia’s territorial waters, the Defense Ministry said in a statement.

The fire was put out thanks to the self-sacrifice of crew members although officials did not say how many sailors were aboard the vessel at the time of the blaze or how many, if any, survived. 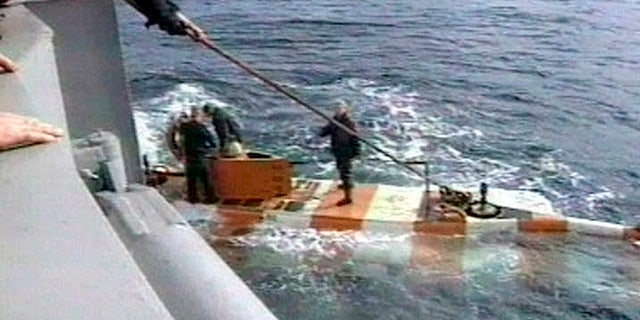 In this video grab provided by the RU-RTR Russian television via APTN, Russia rescue personnel return from a dive in a mini-submarine to the Kursk on the sea bed in the Barents Sea, Russia. The Russian military says that a fire on one of its deep-sea submersibles has killed 14 sailors. The Defense Ministry says that the blaze erupted Monday while the vessel was performing tests in Russia’s territorial waters.
(RU-RTR Russian Television via AP)

Russian President Vladimir Putin canceled a scheduled appearance Tuesday and summoned his defense minister to get briefed on the situation.

The vessel, which has only been identified by the ministry as one intended for studying the seabed, has since been docked at the Arctic port of Severomorsk, the main base of Russia's Northern Fleet. 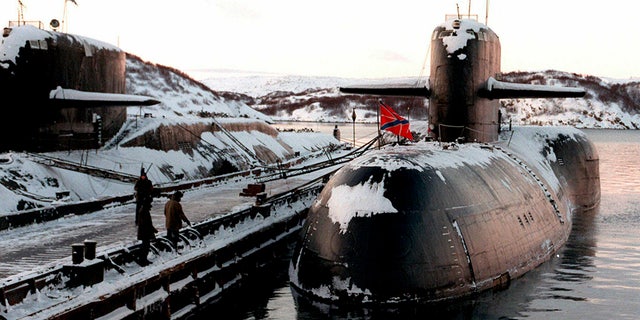 FILE – In this file photo taken on Thursday, Jan. 1, 1998, Decommissioned Russian nuclear submarines are shown in their Arctic base of Severomorsk, the Kola Peninsula, Russia. (AP Photo)

The Losharik, a relatively new ship which entered service in 2010, is the most advanced and most obscure Russian submarine. It's named after a Soviet-era cartoon character, a toy horse made of small spheres.

In 2012, the vessel was involved in research intended to prove Russia's claim on the vast Arctic seabed. It collected samples from the depth of 8,202 feet, according to official statements at the time. Regular submarines can typically dive to depths of up to 2,000 feet.

Some Russian officials have speculated that the sub can travel as deep as 19,685 feet, although this has yet to be independently verified.

The fire marks one of the more serious Russian naval incidents since 2000, when 118 men died after the Kursk nuclear submarine exploded and sank on August 12 during naval maneuvers in the Barents Sea. The tragedy, which took place soon after Putin assumed office, drew attention to the state of the Russian military which had been subject to underfunding and neglect following the collapse of the Soviet Union.

It subsequently led to a massive increase in military funding.