JERUSALEM (Reuters) – Prime Minister Benjamin Netanyahu has touched off rare criticism from AIPAC, the largest U.S. pro-Israel lobby, over an election alliance with a far-right party loyal to the policies of the late anti-Arab rabbi, Meir Kahane. 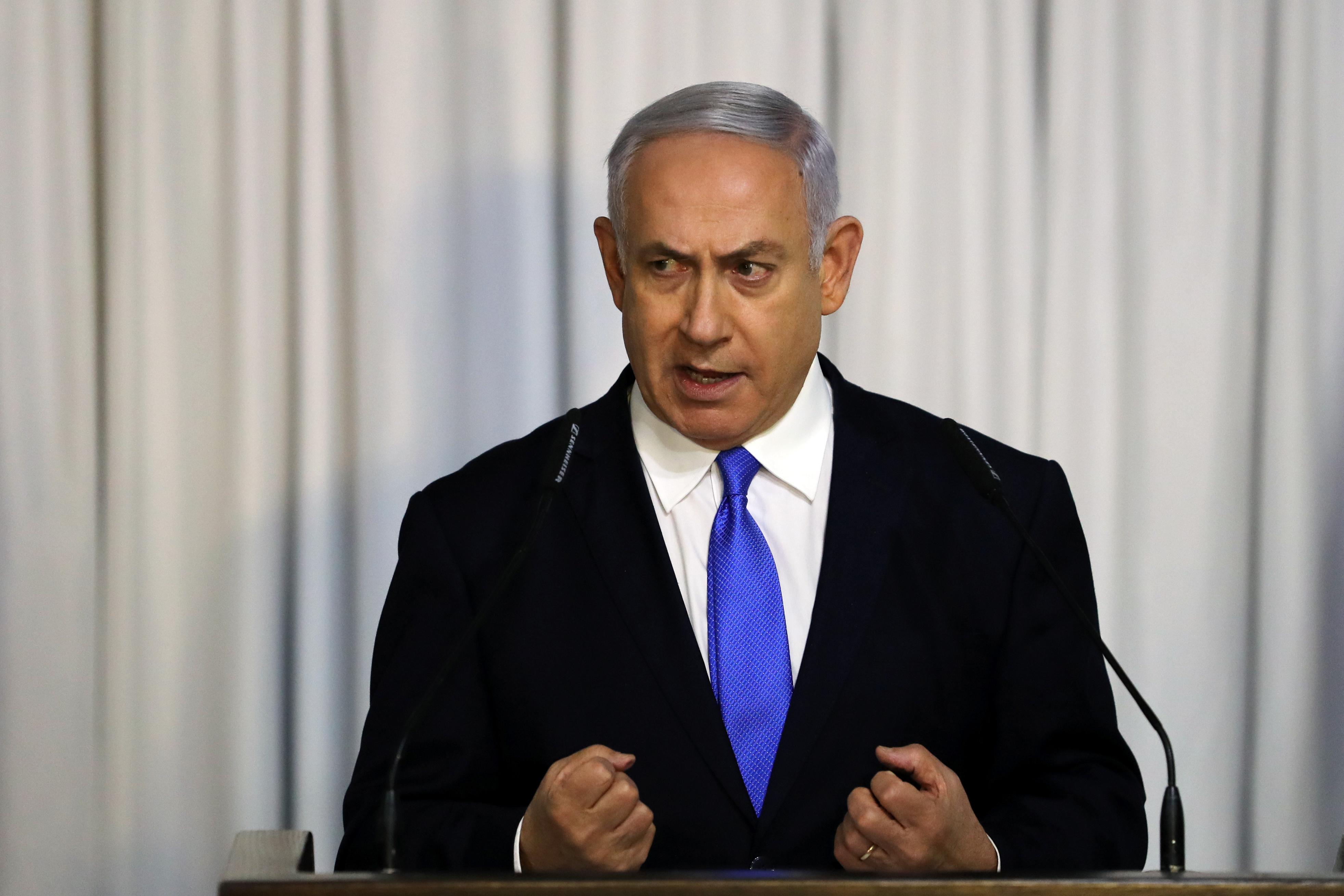 Faced with a new merger of centrist parties that opinion polls show might defeat him, Netanyahu engineered the deal between Jewish Power and another ultranationalist faction, Jewish Home, on Wednesday.

Polls suggest that without the alliance one or both of the far right parties might fail to reach the 3.25 percent threshold needed to win any seats in the 120-member parliament. With the merger they could win as many as five.

Netanyahu has defended the merger as a way to improve his chances of forming a right-wing governing coalition led by his Likud Party, to serve for a fifth term after the April 9 vote.

Such a bloc, he said, would best protect Israel’s security.

But criticism leveled by AIPAC and another major U.S. Jewish group, the American Jewish Congress (AJC), against Jewish Power dominated coverage in Israel on Sunday of the closely-contested race.

“AIPAC has a longstanding policy not to meet with members of this racist and reprehensible party,” the lobbying group said, echoing comments tweeted by the AJC.

AIPAC has generally provided unflinching backing for Netanyahu’s policies during his 13 years in power, even as some U.S. Jewish organizations have expressed reservations over Israel’s lurch to the right.

On the heels of its criticism, AIPAC announced on Twitter on Sunday that Netanyahu has confirmed he will address its annual policy conference in Washington late next month.

Jewish Power’s leaders have described themselves as successors to Kahane, a U.S.-born rabbi who served one term in parliament in the 1980s before his Kach party was banned by Israel as racist.

Kahane, assassinated in New York in 1990 by an Egyptian-born American gunman, advocated the “transfer” of Palestinians to neighboring Arab countries and a ban on intermarriage between Israeli Jews and Arabs.

“We usually do not interfere in elections. However, in this case, our voice needs to be heard,” Avital Leibovich, director of the Jerusalem office of the American Jewish Congress, told Reuters on Sunday.

Asked on Army Radio on Sunday about AIPAC’s criticism, Itamar Ben-Gvir, a Jewish Power leader, said: “They aren’t based here, they don’t see the terrorist attacks or experience firsthand the blood that is spilled here.”

Jewish Power’s Baruch Marzel, who along with Ben-Gvir is a settler in the occupied West Bank, told Reuters the party gets “a lot of support from Jews and non-Jews” in the United States who believe God promised the biblical land of Israel to the Jewish people.

Israel Hayom, a pro-Netanyahu newspaper, also condemned AIPAC, accusing it in a banner headline of “playing into the hands of media and politicians out to slam the right-wing”.