ASTHMA sufferers are at risk of deadly attacks this week because of high fungal spores, according to experts.

Asthma UK have warned asthmatics to take extra precautions over the next few days to ensure the changes in the weather does not trigger their asthma. 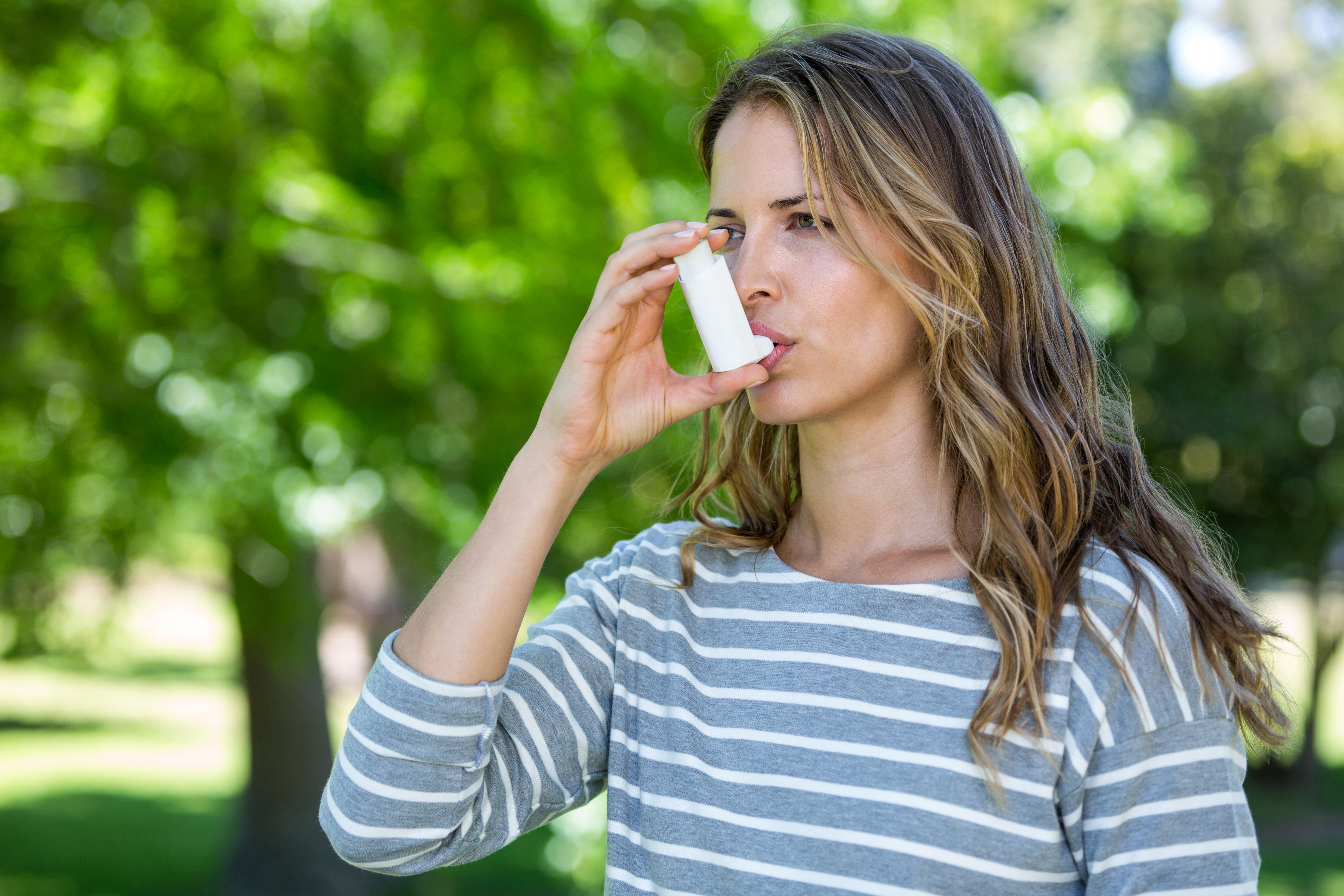 And they are urging people to cut their risk of an asthma attack by asking your GP if you need antihistamines.

Fungal spores are high this week due to the humid weather caused by a week-long 25C heatwave hitting Britain thanks to Hurrican Dorian and Tropical Storm Gabrielle.

Asthma sufferers are more at risk from them in warm, humid weather – such as when the sun comes out after it's been raining on a warm day.

There's less of a risk on cold, dry windy days.

And research has shown that moulds and fungi can have a big impact on asthma symptoms – with 42 per cent of asthmatics finding mould spores a trigger for them.

Dr Andy Whittamore, Clinical Lead at Asthma UK and a practicing GP told The Sun Online: "High levels of mould and fungal spores in the air this week could affect more than two million people with asthma, triggering a potentially life-threatening asthma attack.

"Mould, which is common in Autumn as it grows on rotting logs and fallen leaves and because of the damp weather, can be released into the air and trigger asthma symptoms for those allergic to it such as cause coughing, sneezing or watery eyes.

"While it’s difficult to avoid mould spores outside, you could try to avoid areas such as woodlands, parks, or gardens that may contain them."

When someone with an allergy to mould breathes in mould or fungi spores, their immune system over-reacts with coughing, sneezing or watery eyes.

Those most likely to have their asthma triggered by fungal and mould spores include babies and children, elderly people, people with existing skin problems such as eczema, people with a weekend immune system and people with severe asthma.

Mould is usually noticeable and can be white, black, yellow, blue or green in colour and it can also have a velvety, fuzzy or rough appearance, and usually has a musty or stale smell.

Mould grows in damp or musty conditions, so common places for it to grow in houses are on wallpaper, flooring, behind wall tiles and on window frames.

Outdoors, mould can grow on rotting logs and fallen leaves, in compost piles and on grasses and grains.

Indoors, spore numbers increase when there's a sudden rise in temperature in a moist environment, such as when central heating is turned on in a damp house, or when wet clothes are dried next to a radiator.

Although mould and fungi themselves are obvious, the spores they release are often invisible to the naked eye.

What are the symptoms of asthma?

Asthma is a respiratory condition caused by inflammation of the breathing tubes that carry air to and from our lungs, and it currently affects over 5 million people across the UK.

According to the NHS, the main symptoms of asthma are:

Although the above symptoms can have a number of causes, they are likely signs of asthma if they happen regularly and keep coming back, are worse at night or early morning, or seem to be in response to an allergen.

The severity of the above symptoms can vary between different people.

When these symptoms suddenly worsen temporarily, it is known as an asthma attack.

Asthma attacks can be caused by allergens, such as animal fur or pollen, cold air, exercise, chest infections or other irritants – such as cigarette smoke.

Allergies and asthma often go together.

Asthma caused by an allergic reaction is known as 'allergic asthma'.

That means the safest option is avoiding mould and fungi so you don’t get an allergic reaction to their spores.

While it's hard to avoid mould entirely, Asthma UK have shared several tips you can follow:

Experts have also urged that as well as managing your asthma, to try and prevent mould appearing in the first place – such as checking for water leaks under sinks, keeping gardens clear of fallen leaves and ensuring your house is well ventilated.

And they recommend that if you think mould is a trigger for your asthma – not to try and get rid of the mould yourself.

They have suggested asking someone else to remove it for you or to get advice from your local council's environmental agency.

And if you notice mould in your work place, make sure you talk to your employer, supervisor or health and safety representative.

It comes after Asthma UK warned that millions of people with severe asthma are not getting the life-saving treatment they need.

Those suspected to have the deadly condition are at a constant risk of having a full-blown asthma attack as they are not being referred for specialist treatments, according to the charity.

For more information on how to cut your risk of an asthma attack visit: https://www.asthma.org.uk/triggers/