‘Don’t bet on America, they will not protect you’: Assad issues warning to Kurds who sided with the US in battle with ISIS amid fears Turkey will attack them when Trump withdraws his forces

Syria’s President Bashar al-Assad has warned Kurdish forces battling against ISIS not to rely on America’s support against a possible Turkish attack, saying: ‘They will not protect you’.

Kurdish-led Syrian Democratic Forces (SDF) fighters backed by Washington are on the brink of forcing ISIS from its final patch of territory in eastern Syria.

But they fear that Turkey, which regards the Kurdish YPG militia as a terrorist group, will attack them once Donald Trump withdraws U.S. troops from the country.

Speaking in Damascus today Assad said the Syrian army would return to the area after the U.S. pulls out. 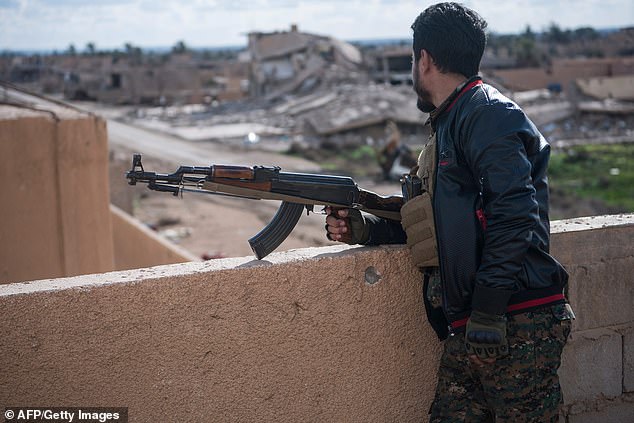 An armed member of the SDF stands guard on top of a building in Baghouz, where the Kurdish-led coalition is battling to expel ISIS from its last patch of territory in Syria 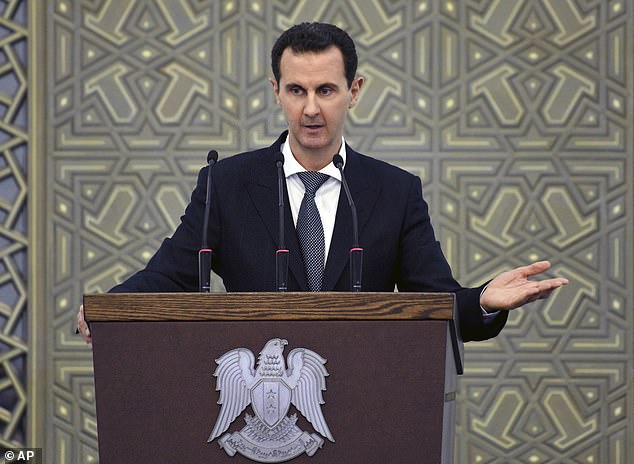 Syria’s President Bashar al-Assad, pictured speaking in Damascus today, warned that the U.S. would not defend the Kurdish fighters if Turkey launched an attack

‘Every inch of Syria will be liberated, and any intruder is an enemy.’

Turkey regards the north Syria-based Kurdish People’s Protection Units, or YPG, as a terrorist group linked to an insurgency within its own borders.

Trump announced plans in December to withdraw all of the 2,000 U.S. troops in Syria.

Thousands of people have fled the terror group’s last holdout in Baghouz, many claiming to be innocent relatives of the jihadists. 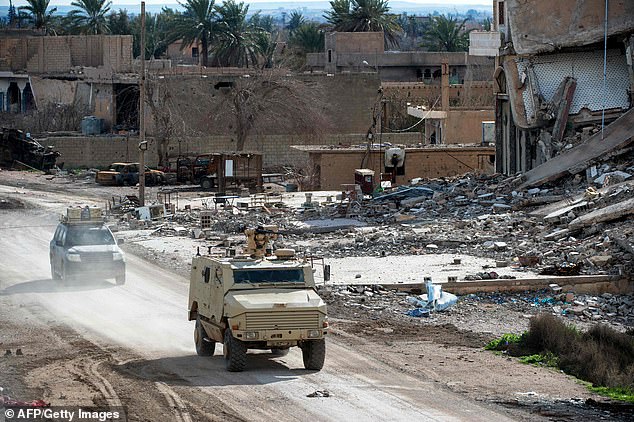 Vehicles belonging to the U.S.-led coalition drive down a street on Sunday in the frontline Syrian village of Baghouz 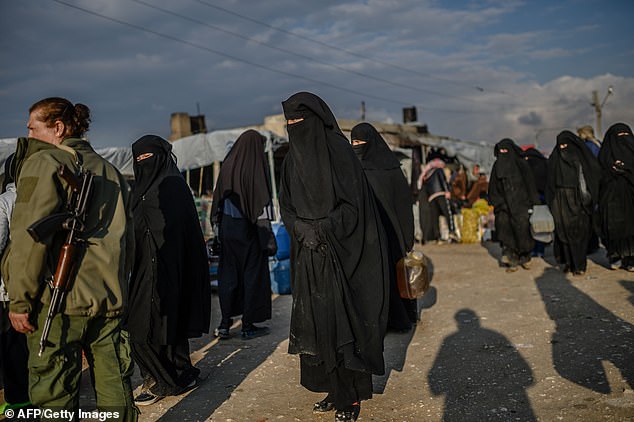 Veiled women, said to be wives of members of the Islamic State, are seen at an SDF camp in north-eastern Syria today 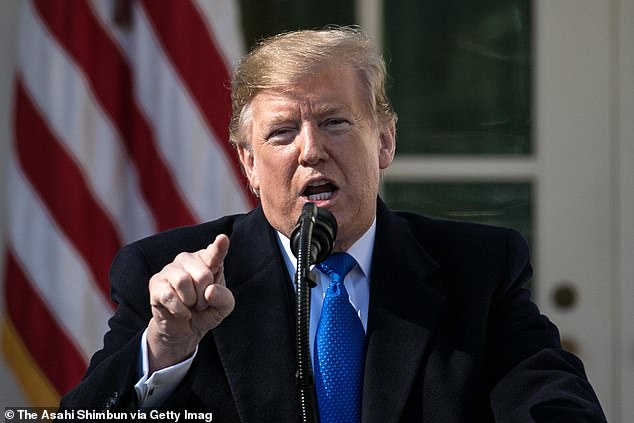 Donald Trump (pictured in Washington on Friday) has announced he will withdraw all 2,000 U.S. troops from Syria

ISIS fighters are besieged in an area of 840 square yards and using civilians as human shields, an SDF commander said.

Only the Syrian state can protect groups in northern Syria and the army will ‘liberate every inch of Syria’ from foreign troops, Syrian President Bashar Assad said Sunday.

Speaking confidently about the Syrian army’s military advances on the ground, Assad called on refugees around the world to return to Syria.

The Syrian civil war, now almost eight years old, has left around 450,000 people dead and displaced half the country’s population, including around six million outside the country.

‘Syria is in need of all its sons and we call on refugees to return to take part in the process of reconstruction,’ Assad said. 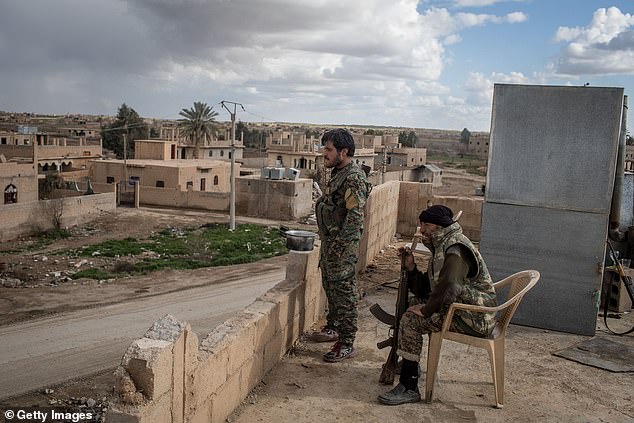 Syrian Democratic Forces fighters keep watch on the outskirts of Baghouz, the last ISIS territory in Syria. The Kurdish-led fighters are supported by the United States 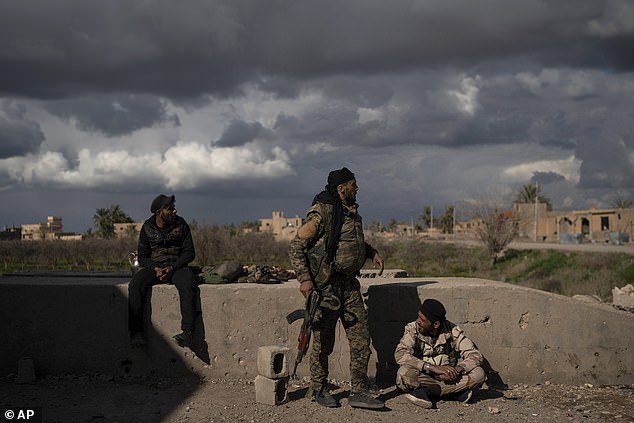 U.S.-backed Syrian Democratic Forces (SDF) fighters stand in an area they recently captured from ISIS as the fight against the terror group continues in Baghouz