As nice as Nice! Britain set to be as hot as south of France as nation marks 75th VE Day anniversary with temperatures hitting 70F on Friday’s bank holiday

Britain is set for temperatures as warm as the south of France on Friday’s bank holiday to mark the 75th anniversary of VE Day.

The mercury could reach 21C (70F) on Thursday and Friday in south-east England and north Wales – the same as Nice on the Cote D’Azur.

The return of the sunshine follows an unsettled few days at the end of April and some patchy showers today and tomorrow.

Forecasters say high pressure should begin to dominate ­Britain’s weather from midweek, lasting into the weekend. 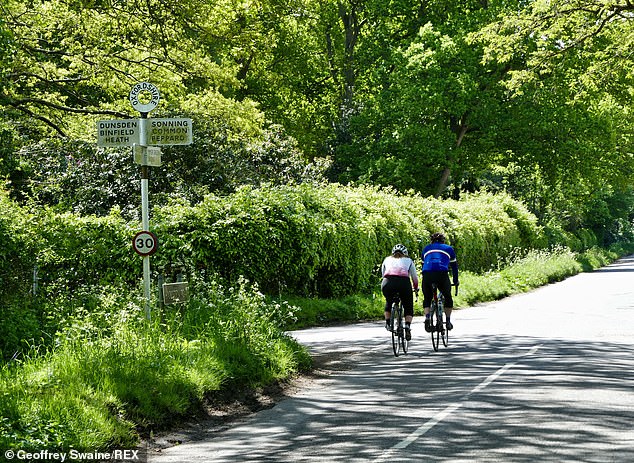 Pictured: a couple out cycling amid the lockdown, in picturesque Oxfordshire, on Saturday afternoon 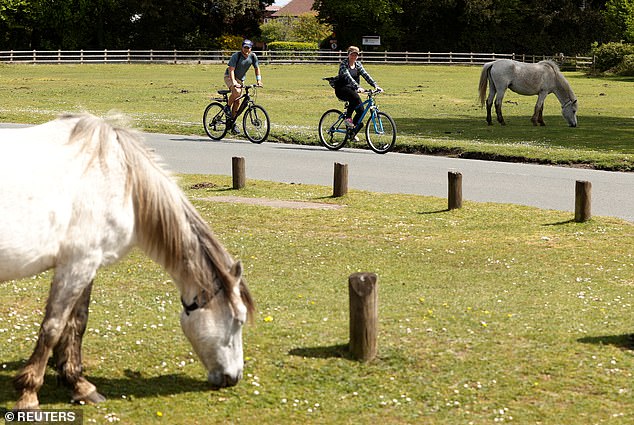 Pictured: more cyclists decided to make use of the good weather this weekend, in Brockenhurst, Hampshire 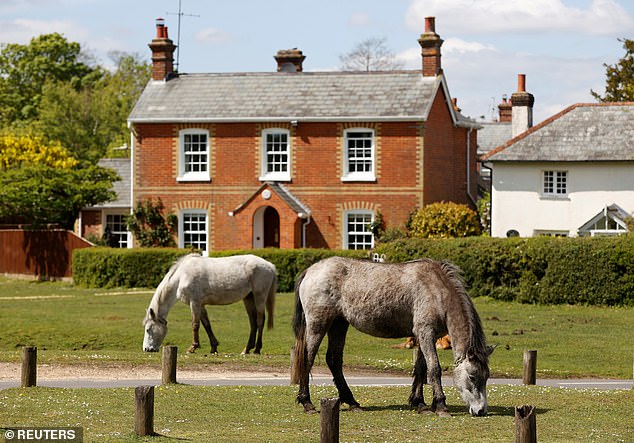 Pictured: a pair of horses grazing in the sunshine this weekend, in Brockenhurst, Hampshire

A Met Office spokesman said: ‘It will be largely dry with light to moderate winds and temperatures near average or slightly above, allowing pleasant sunny and bright spells for most.’

Ahead of the warm and settled spell, the Met Office predicts today is due to be ‘cloudy with rain then scattered showers in the east’.

However, western and northern areas are expected to be mostly dry with sunny spells. A ground frost is likely in northern areas tonight and tomorrow night when temperatures could fall as low as 1-2C (34-36F) in places.

The Met Office forecasts the return of cooler temperatures and spells of rain next week, but more fine and sunny weather is expected towards the end of the month. 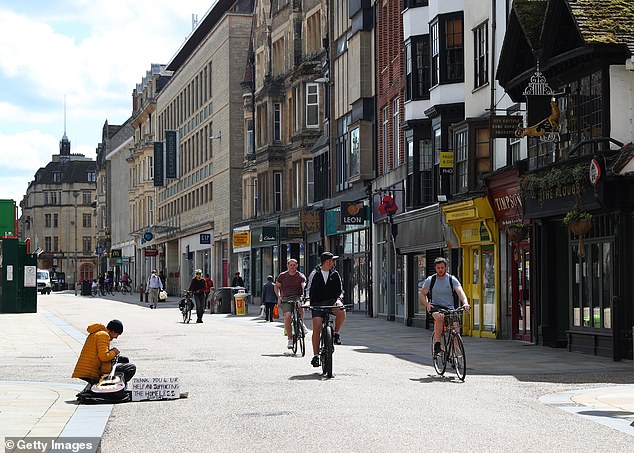 Pictured: On Saturday, more people were were spotted in the sunshine, on Oxford high street 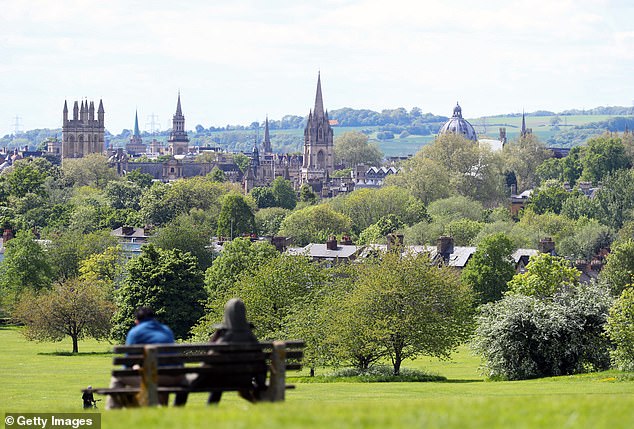 Pictured: Members of the public take in the view of the Oxford spires, on Saturday afternoon

Meanwhile, bookmaker Ladbrokes has cut the odds on this spring being the hottest on record from 7/4 to 6/4.

April has already broken the record for the most sunshine, with the UK averaging 224.5 hours – beating the previous high for April of 211.9 hours in 2015.

It was also the fifth warmest April, with a daily average temperature of 9.1C (48.3F) – measured across each 24-hour period.

Experts say reservoir levels remain higher than normal for the start of May due to the very wet weather in February and early March. 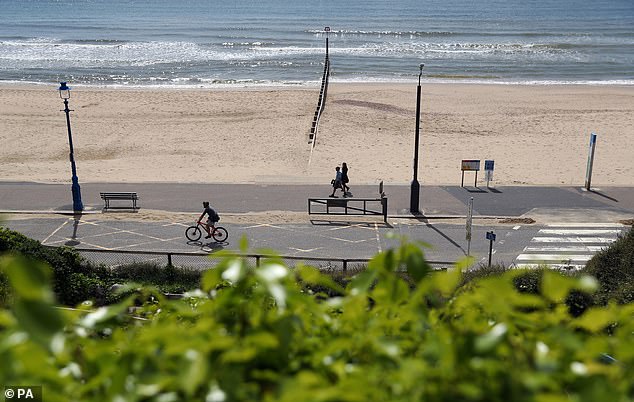 Pictured: People make their way along a deserted beach front in Bournemouth, Dorset, May 2 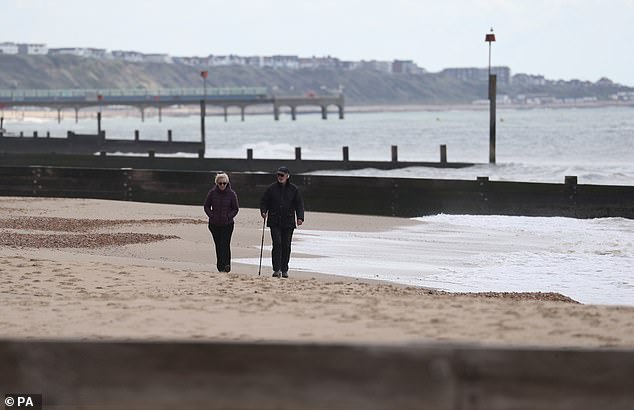 Pictured: a couple on a relatively empty Bournemouth beach, in Dorset, on Saturday