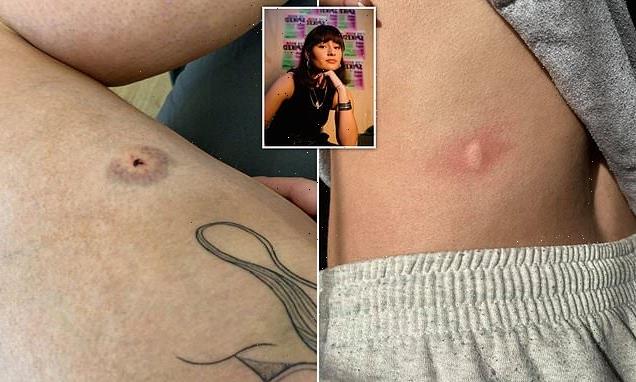 As many as 43,000 people may have been spiked by drink or drugs in the UK last year – with just one in 12 incidents being reported to police, campaigners say

As many as 43,000 people may have been spiked by drink or drugs on nights out last year in the UK, it is claimed.

In 2021, 2,201 people across England and Wales came forward to say that they had been been the victim of a spiking offence.

But it is estimated that only one in 12 people actually report it, meaning the figure could much higher.

Last year’s reported figure was almost double the 925 people who reported being spiked in 2018, according to data gathered from dozens of police forces across the country.

However, only seven people were charged with spiking someone with drink or drugs, fewer than one per cent of reported offences. 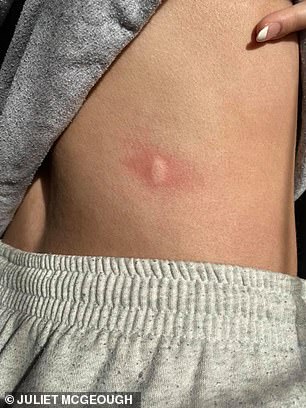 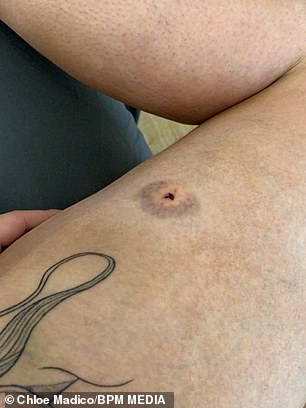 Cases of spiking – with victims being injected with drink or drugs on nights out in England and Wales – routinely go under-reported, say campaigners. Juliet McGeough (left) and shared a photo of a puncture wound in her back after she went out in Reading, Berkshire. Chloe Madico, 20, from Woking, said in October that she was spiked by a needle in Guildford (right)

Dawn Dines, from Stamp Out Spiking UK (SOS UK), says that there are many more cases that do not get reported to police, because victims feel shame or fear they will not be believed.

The true percentage of incidents resulting in a charge ‘would be frightening’, she added.

And Steve Reed, the shadow justice secretary, has said of spiking figures: ‘This is emphatic proof that this appalling crime, which is linked to rape, sexual assault and other violent offences that most heavily affect women and girls, is not being taken seriously enough. The lack of prosecutions for spiking forms a pattern of falling prosecutions for serious offences, which is failing women and girls.’

Mair Howells, 23, who was spiked in 2020, said that the official figures are ‘just the tip of the iceberg’.

She said: ‘I didn’t go to the police because I didn’t believe that they would do anything about it.’

Mair was spiked at a London club and became separated from friends, before being found locked in the men’s toilets with injuries and covered in blood. 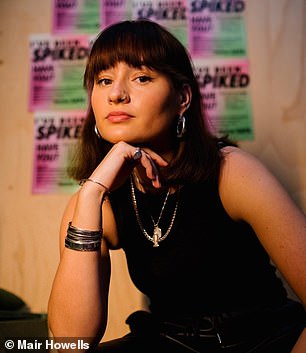 Mair Howells (above), 23, says she was spiked while in a London club

‘The worst part about blacking out is you do not know if anyone took advantage of you, she said.

‘People do not realise the after-effects that spiking has on your mental health.’

But, she said, nurses told her there was nothing they could do.

‘By the time I had sat in A&E for four hours and I had been asleep, the drugs used to spike me would have left my system. The police won’t investigate – well at least they didn’t at the time – if you didn’t have a test.’

Mair now campaigns for the logging and investigation of offences to be improved and has set up a page called I’ve Been Spiked to offer a safe space and resources to other victims.

She has received over 100 messages from other victims, ‘very few’ of whom have gone to the police.

The figures, obtained through Freedom of Information requests, relate to cases of substances being administered via drinks, injections, cigarettes and food, in England and Wales.

Of the 43 forces in England and Wales, 33 responded with ten forces, including The Metropolitan Police and Greater Manchester Police, failing to provide any data.

This means the true number of people spiked last year could be even higher than the estimated 43,000, with more cases in urban areas likely to skew the trend upwards.

While awareness around the issue has increased since reports of injection spiking first emerged in October last year, Helena Conibear, head of the Alcohol Education Trust (AET), said perpetrators ‘have no fear.’ 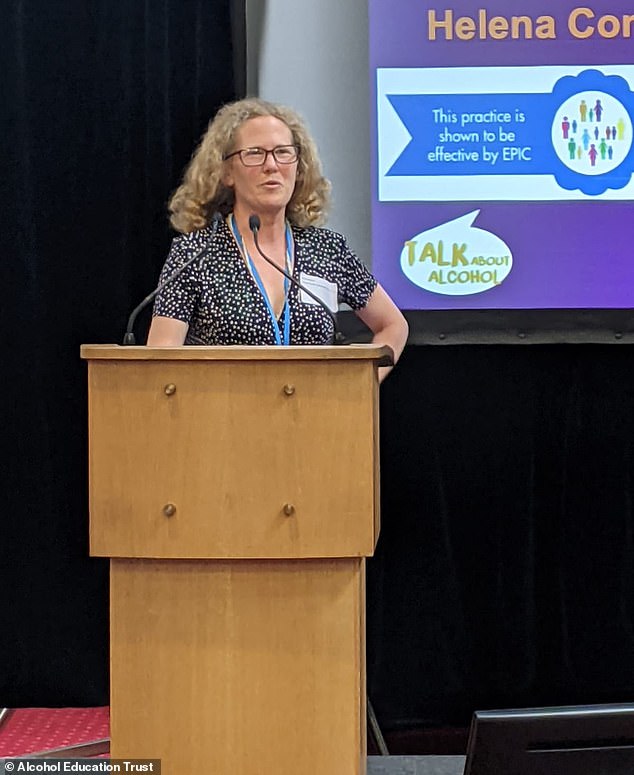 Helena Conibear, head of the Alcohol Education Trust, says the perpetrators ‘have no fear’

She said: ‘We are not going to improve outcomes unless spikers know they risk being prosecuted.’

The Home Office said: ‘Reports of spiking are extremely disturbing and the police take this issue seriously, with dedicated resource to investigate all reports thoroughly.’

The head of the police’s response to Violence Against Women and Girls, Deputy Chief Constable Maggie Blyth, said: ‘Spiking, both via drink or needle injection, are horrific crimes that have a significant impact on victims and the confidence of people wanting to go out and enjoy themselves, and we are determined to identify and bring those responsible to justice.’

What do the experts say on reports of injection spiking?

Yes – and there are credible reports where people have woken up with needle marks having been spiked.

But the likelihood of it being a widespread phenomena is ‘deeply improbable’, according to one medical consultant.

‘It’s really hard to stick a needle in someone without them noticing, especially if you have to keep the needle in there for long enough, maybe 20 seconds, to inject enough drugs to cause this.’

Could someone not give the injection really fast?

Yes – but they’d need a very powerful drug to do so discreetly, experts say.

GHB is one of the most well-known ‘date rape’ drug and is also self-administered in small doses by people recreationally.

But Guy Jones, senior scientist at drugs charity the Loop, told VICE it would be a ‘poor candidate’ for injection because of the large amounts of fluid needed.

‘Therefore (it would require) a thick, painful needle. This means that the substance involved would be something that would be highly detectable for several days in a toxicology screening,’ he said.

Adam Winstock, director of the Global Drug Survey, added: ‘There are very few easily accessible drugs / medicines that could be given intramuscular in a small enough volume that people would not notice and the effects would take some time to come on.

‘What you see in the movies is not reality. People need to keep their drinks close to them, avoid taking them from strangers and keep an eye out for their mates.’

Can drugs be administered to any part of the body?

Yes – but some parts are more effective than others

Mr Jones told VICE: ‘Where drugs can be injected non-intravenously, there are specific injection sites that do not work well.

‘The back is one of these unsuitable sites due to the low fat-muscle content, and high concentration of pain receptors.’

What about drink spiking?

While injection spiking is still possible, drink spiking is a lot more common.

This is only the officially recorded numbers – and is likely to be much higher as it is common for people not to report it to police.

Charity Drinkaware advise: ‘Don’t accept a drink from someone you don’t know and if they’re available, use drink stoppers, which can be purchased online, for the top of your bottle.’

Rohypnol (or Roofie) and Gamma Hydroxybutyrate (GHB) are the most commonly known ‘date-rape’ drugs.