An armed man has taken ‘six people hostage’ in a bank robbery in the French port city of Le Havre, local police said.

The situation at the BRED bank, on Boulevard de Strasbourge, is ongoing.

Local news site Ouest France reported that the individual is armed and that authorities are concerned there may be explosives.

The France Blue website reported that several customers were inside the bank and are being held hostage.

The new site said that a woman was freed by the armed man, and that a 53-year-old male was able to escape. 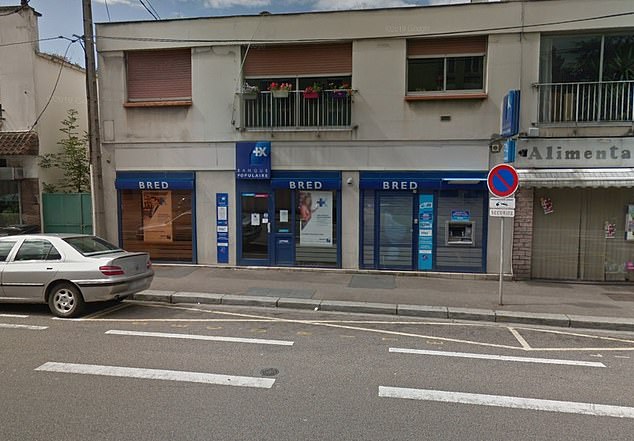 The situation at the BRED bank, on Boulevard de Strasbourge, is ongoing

The French tactical RAID unit , firefighters, and ambulances have all been scrambled to the scene where a security line has been drawn up.

No casualties have been reported.

AFP have reported that a police source said the man had a handgun.