Riots in France. Protests in Hungary. Youth unemployment permanently sky-high in Italy, Spain and Greece. And at the helm of this leaky old rust bucket, European Commission president Jean-Claude Juncker, a man who has a hard job just staying on his feet. 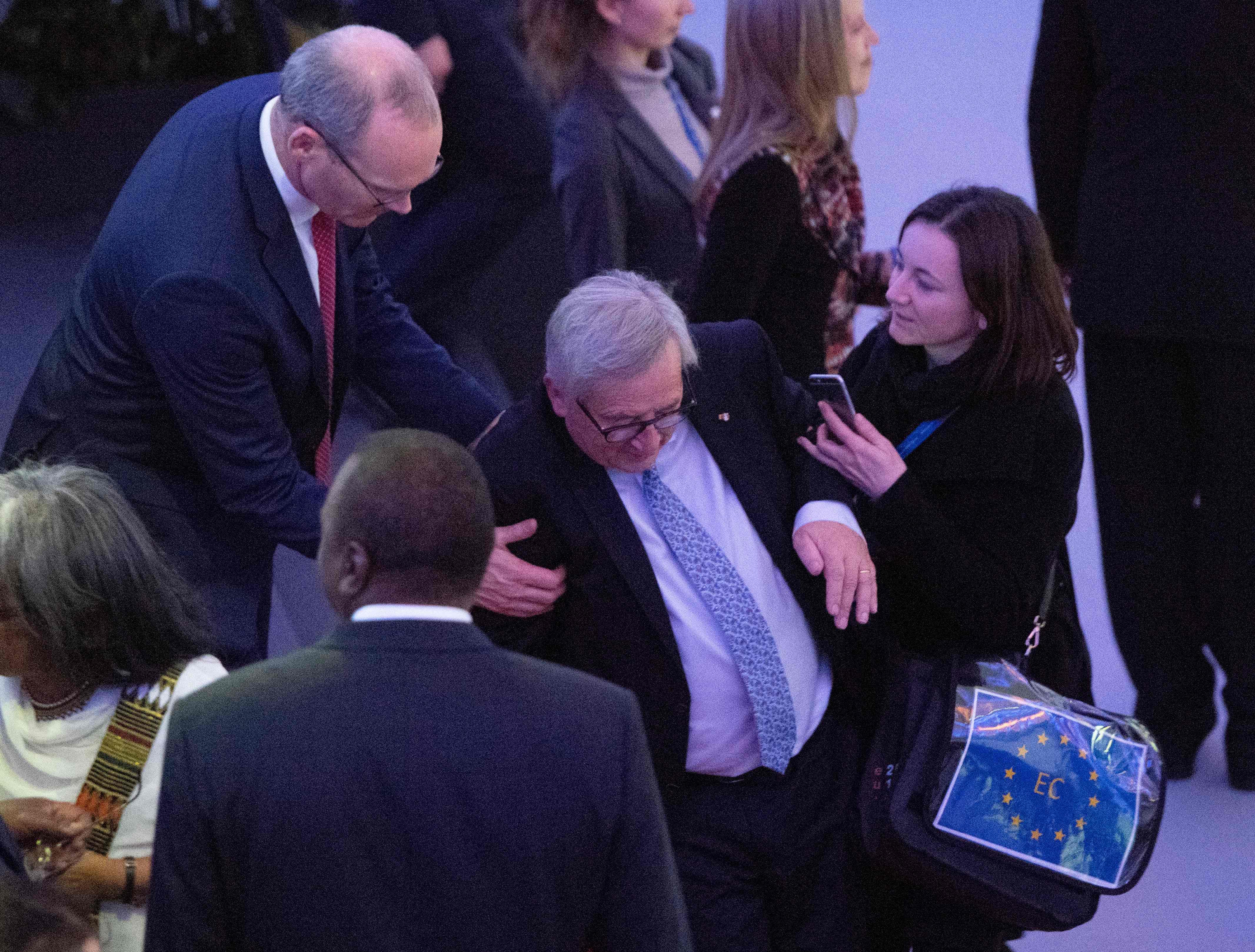 Just when you think voting for Brexit was possibly a mistake, Juncker lurches into view, staggering around like a sozzled despot in some Third World hell hole, grinning foolishly, and high-fiving the nearest world leader before falling flat on his well-fed bottom, as the old oaf did on Monday night at a high-level summit in Vienna.

What a glorious advertisement for the European Union.  A spokesman insisted Herr Juncker was “in good health and in full throttle” — a feeble response that was immediately contradicted by the same spokesman then explaining Juncker was in great pain due to his “very heavy” car accident 30 years ago. Ah yes, the great man’s health issues.

President Juncker famously suffers dreadfully from “sciatica” — in his case, a bad back with symptoms that are always a lot worse after a long liquid dinner.  This is who lectures us now. This is who wants to teach us the error of our Brexit ways. This is who wags his stern finger in our faces.

“The risks of a disorderly exit of Great Britain from the EU are obvious,” Juncker warns darkly, trying to dissuade us from leaving with no deal.  It will be an absolute catastrophe. The commission is trying, as well as the member states, to prevent this disorderly exit from the union. But it takes two to tango decently.” 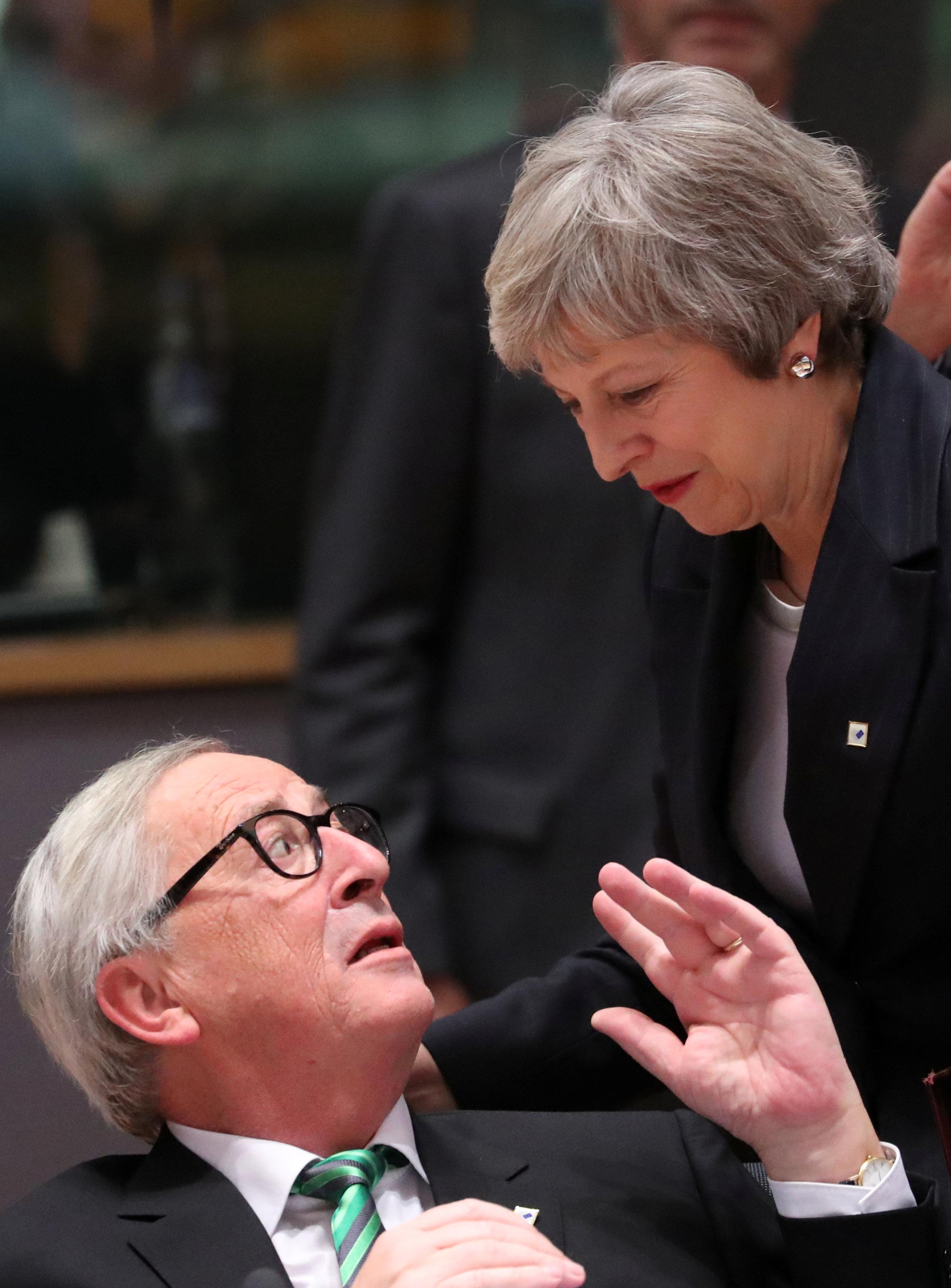 Tango decently? This from a clown who had to be held up by flunkies at a Nato summit. From a goon who insults the British Prime Minister then lies about it. A man who played with a woman’s hair in a meeting — “grotesque” behaviour, said minister Amber Rudd. We are being bullied by a buffoon.

With his sneering mouth and love of the good life in the Brussels trough, President Juncker embodies all that stinks about European Union.  The sneering arrogance. The total lack of self-awareness. The complete absence of anything resembling accountability.

And I ask you, no matter how messy Brexit gets, how the hell could it possibly be a mistake to break free from this rat-faced Euro-bum and everything he represents? The EU is rotten to the core. Whatever the future brings our great nation, it can’t be worse than smelling Jean-Claude Juncker’s breath.

The European Commission president is Brexit’s greatest cheerleader. Just when I feel my faith in leaving wavering, just when I think the toxic divisions and political stalemate make Brexit an impossible dream, I see Jean-Claude Juncker reeling around some summit like a senile sailor on shore leave. Breaking free seems historically inevitable. 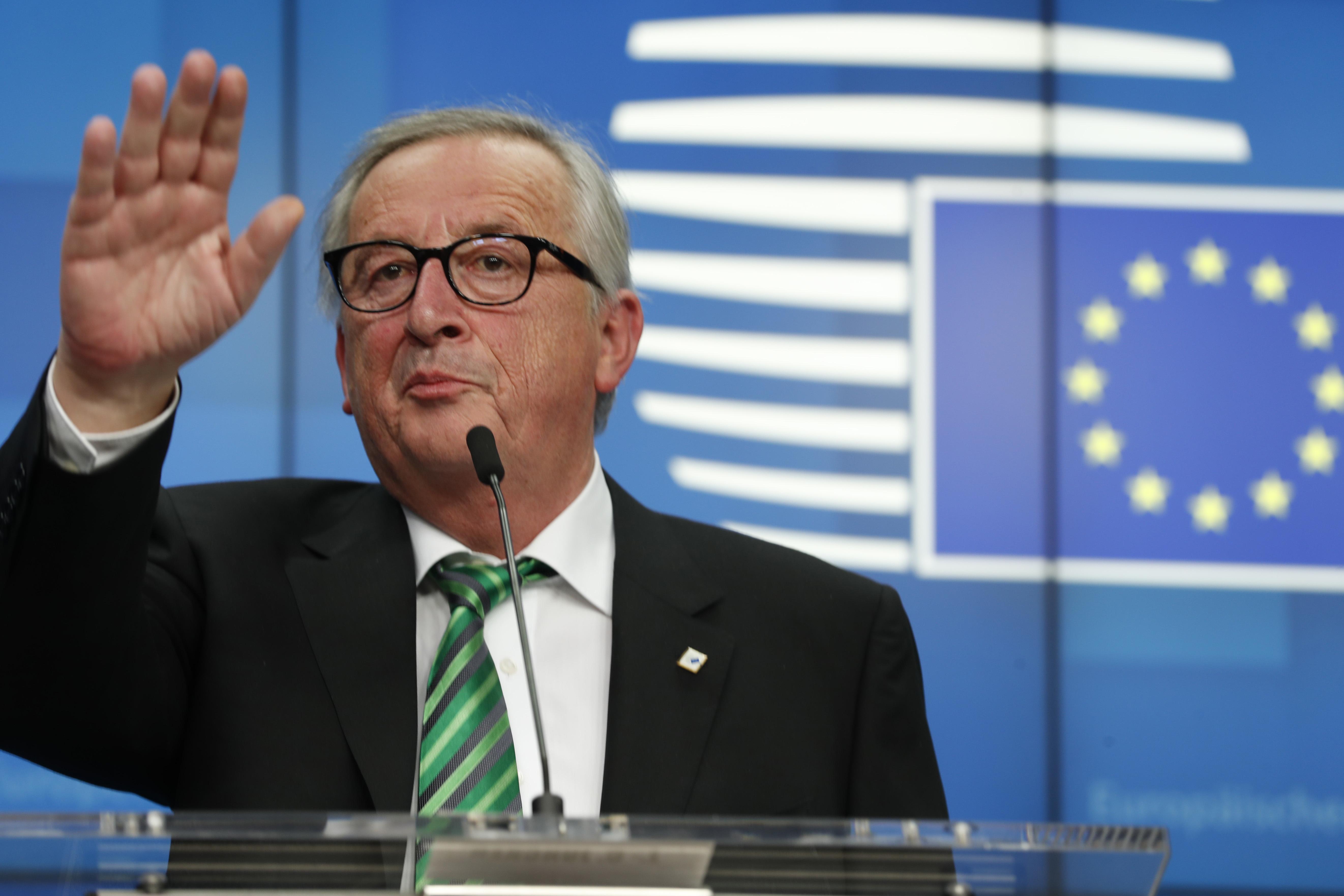 From the beginning of this painful divorce process until now, the European Union has shown no interest in a mutually beneficial deal.

Brussels gave David Cameron nothing. Brussels has given Theresa May nothing. The threats to our firms, tourists, expats, fishermen and even pets prove the EU wants to give us a punishment beating.

We voted for Brexit for many reasons. Some wanted us to take back control of our borders. Some dreamed of accountable government with our own laws made in our own land. Some wanted to stop sending billions to unelected, unaccountable old men in Brussels.

Nobody voted for sour relations with our nearest neighbours. Nobody wanted anything but mutual co-operation and respect with the nations of Europe. This country, as represented by our Prime Minister, has held out the hand of friendship and the EU has spat in it. 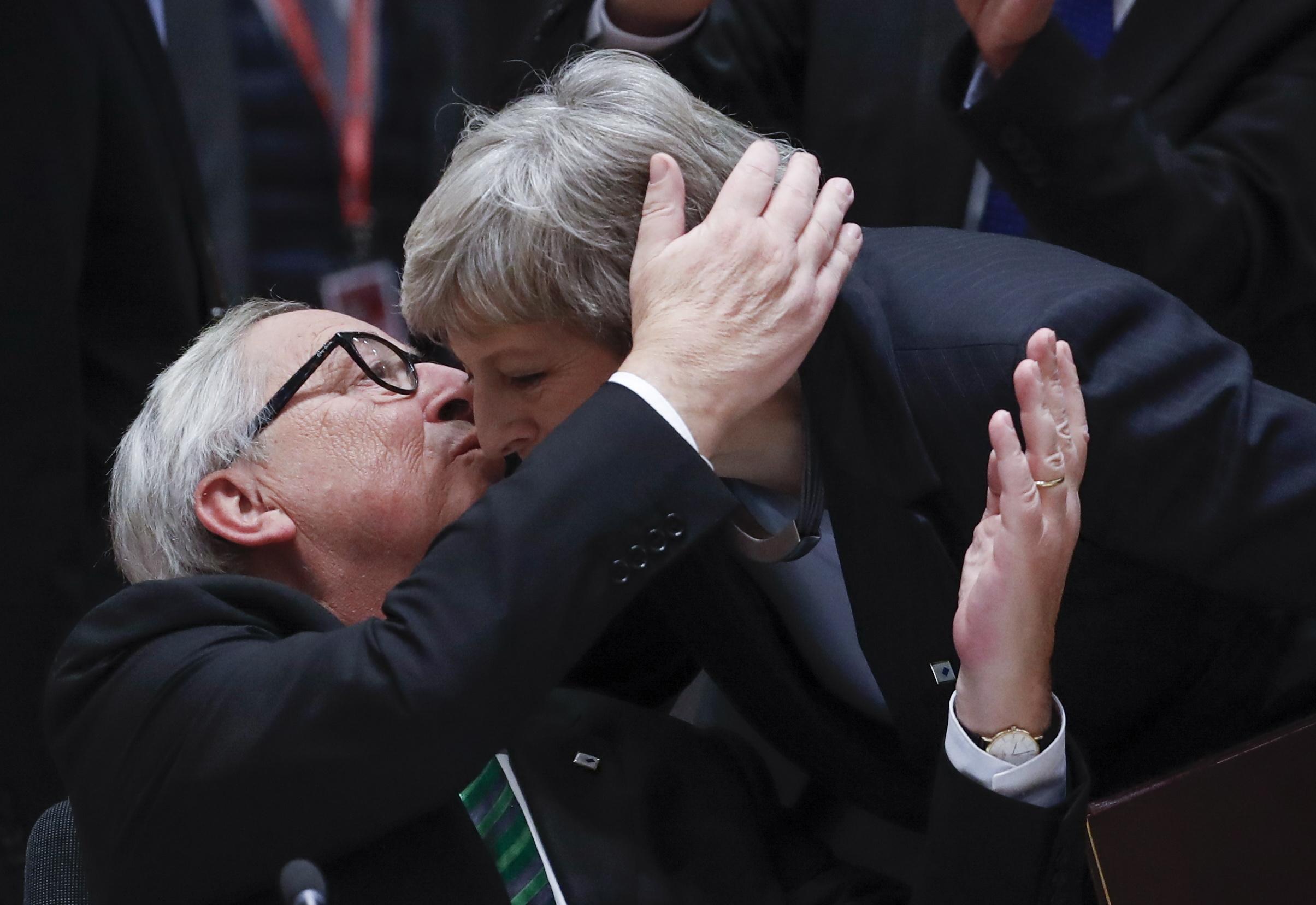 All those who want to thwart Brexit at the final hurdle — and who may yet succeed — delude themselves if they think they can act as if the largest vote for anything in our history never happened.
Brexit has been divisive, difficult and painful for our nation.

But all those who would have us call it off and stay inside the EU have one serious, unresolved problem.

The millions who voted to leave did not HATE the European Union in 2016. But thanks to Jean-Claude Juncker and the rest of the EU bullies, by God, we do now.

ON Channel 4 comedy show The Last Leg, Sue Perkins compares Theresa May to “s*** on a shoe”. 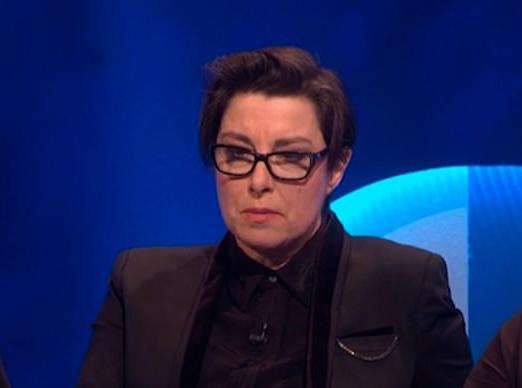 On the BBC’s Live At The Apollo, pregnant comic Ellie Taylor says: “If I see a baby, I don’t feel anything. It’s like Theresa May walking past a homeless person.”

On and on the dreary propaganda goes, from Have I Got News For You to The Mash Report, an unthinking liberal-left bias as predictable as jokes about thick Irish, the mother-in-law and black men called Chalky back in the Seventies.

TV comedy believes in diversity in everything. Except political opinion.

AFTER getting the Old Trafford heave-ho, Jose Mourinho is seen clutching a Harrods shopping bag like a comfort blanket.


Manchester is a great city but Old Misery Guts, above, never embraced it.


Jose’s idea of going up North is having a semi-skimmed latte at a cafe on Hampstead Heath.

No right to laugh

HE UK is cruelly mocked on American comedy show Saturday Night Live, with Matt Damon done up as David Cameron and comedian Kate McKinnon attempting to impersonate Theresa May. 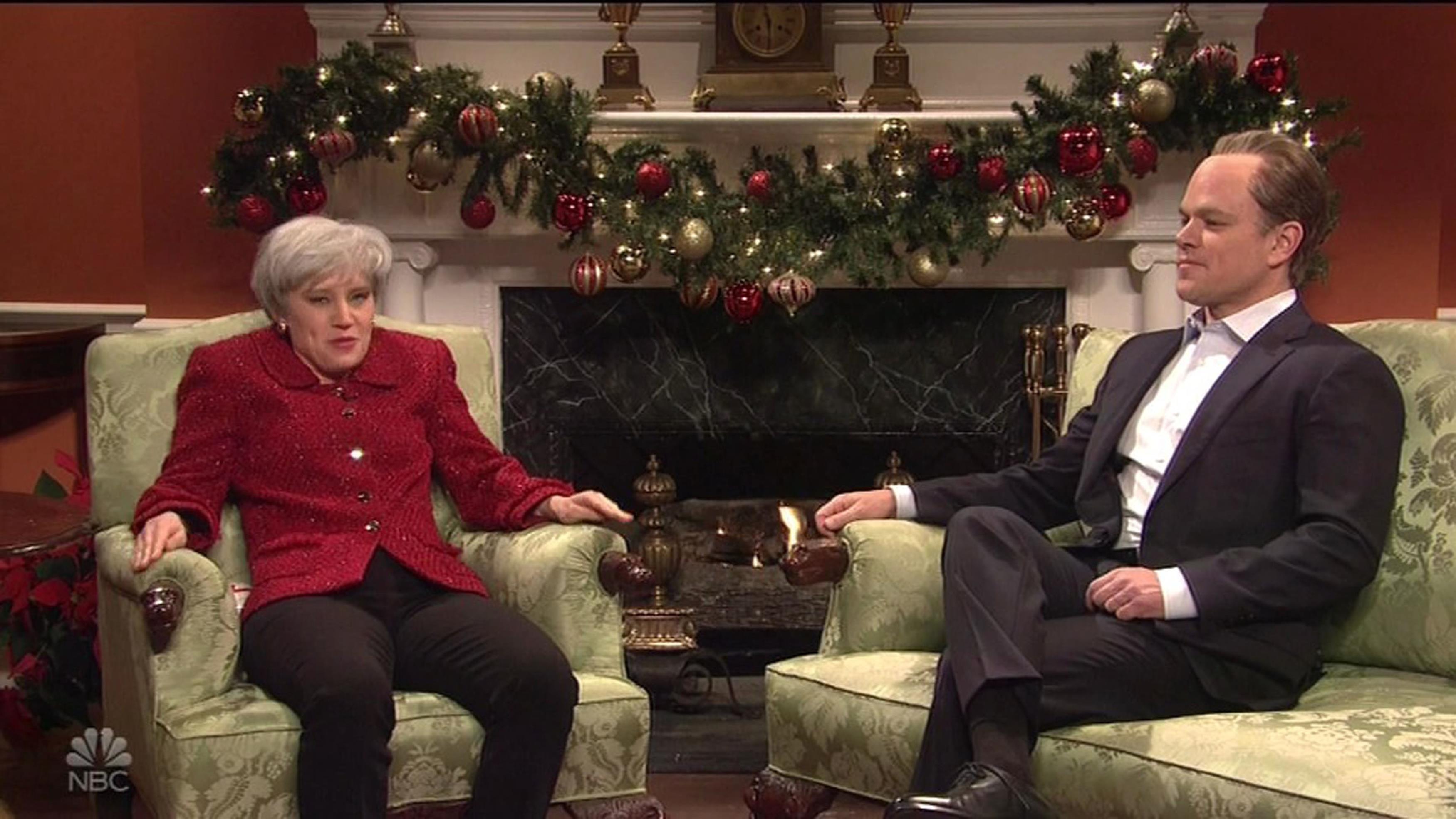 As long as President Trump is in the Oval Office, I am not sure the Americans have the right to laugh at anyone.

Jimmy Page have been told to “clear the air” after their five-year planning feud. 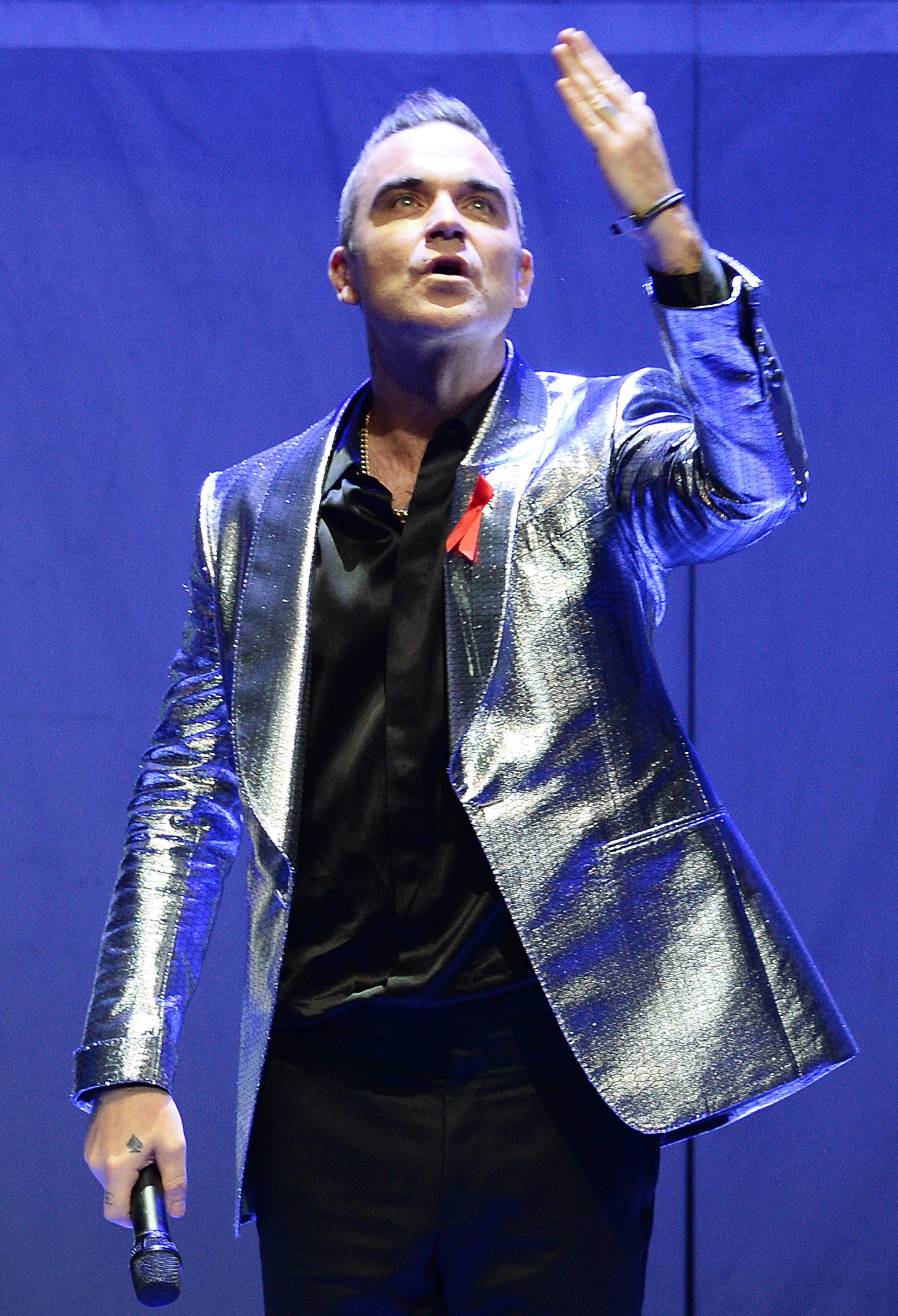 The ruck started when Robbie decided he wanted to build a basement in his house next to the Led Zeppelin legend’s Grade 1-listed home – a building so fragile, Jimmy only plays gentle acoustic guitar there.

Now Kensington & Chelsea councillors have rubber-stamped Robbie’s building plans but told him to “consult meaningfully” with his neighbour.

If Robbie patches things up with the bloke next door, he will discover his neighbour is a lovely man – as well as a musical genius. Talk to Page about music, Robbie. You might learn something.

Arguing with Jimmy Page about planning permission is like living next door to Pablo Picasso and bitching about a parking space. WHO will be the next leader of the Tory party?


There is a good chance it will be another woman.


The bookies – who are always the best judge of anything – list three women in the top five contenders: Amber Rudd, Penny Mordaunt and Andrea Leadsom.


Esther McVey and Priti Patel would also be good.


Whatever their flaws and foibles, the Conservative Party has no fear of powerful women. The Tories are already on their second female Prime Minister.


And when there is a third female PM, she will be a Tory. In its 118-year history, Labour has never been permanently led by a woman. Weird.


It is not just lying Jeremy Corbyn who has a problem with women.


It is the Labour Party.

EVERY nasty little extremist with a grievance will have looked at the chaos a drone caused at Gatwick airport and smacked their lips with relish. 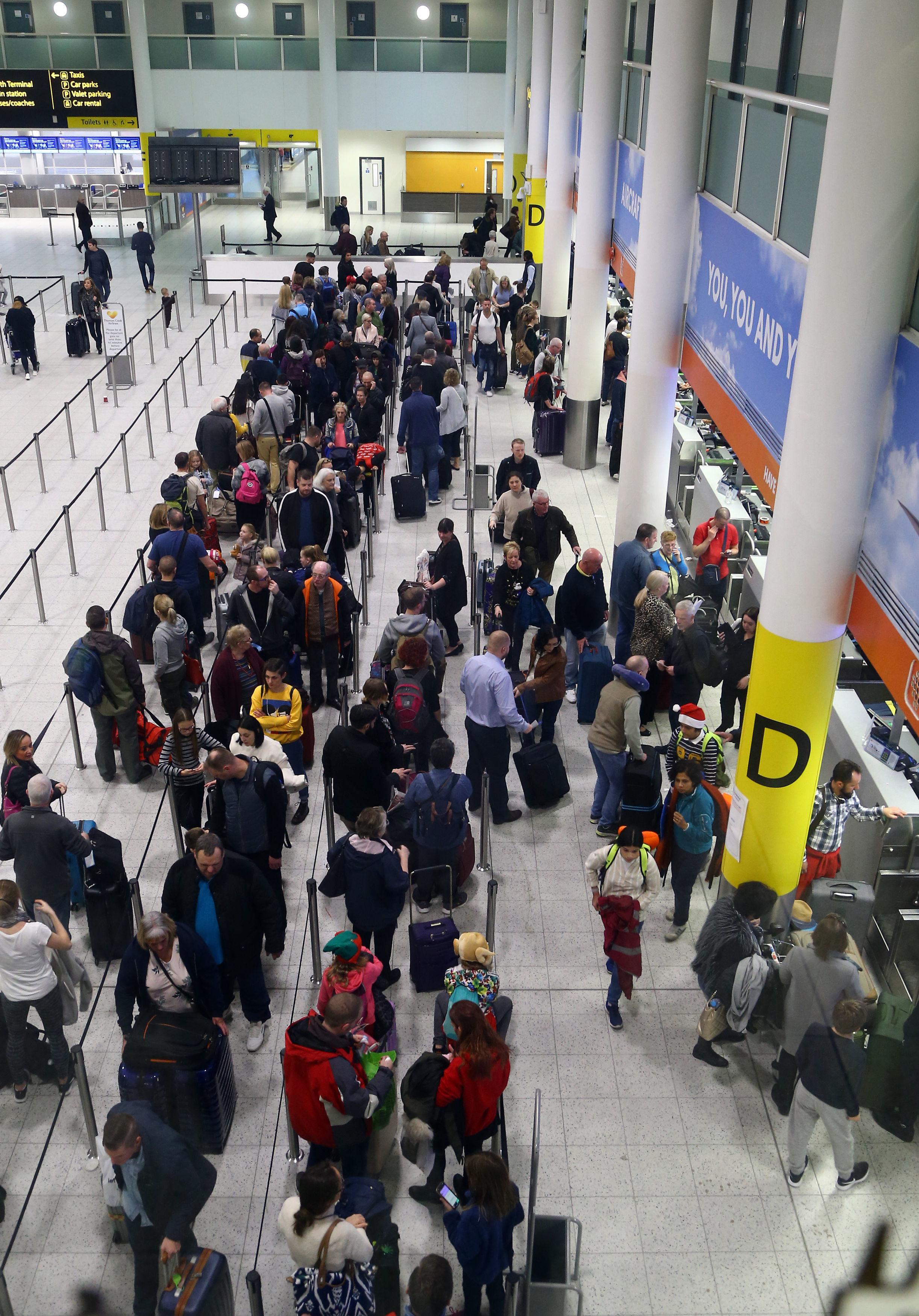 Drones are easily bought and the rules about their use – being visible to the operator, staying at least 1km from an airport – are easy to ignore.

It is insane that one moron can cause misery to thousands of people with a piece of kit that probably cost a few grand.  You should need a licence to fly a drone. A few causally enforced regulations are nowhere near enough.

What those stranded families suffered at Gatwick was horrible but their fate could have been unimaginably worse if a drone had hit an aircraft. Let’s tighten up the rules on drones now – before we have to start counting bodies.

THIS column returns in the New Year.

Thank you for reading and Merry Christmas to you and yours from me and mine. 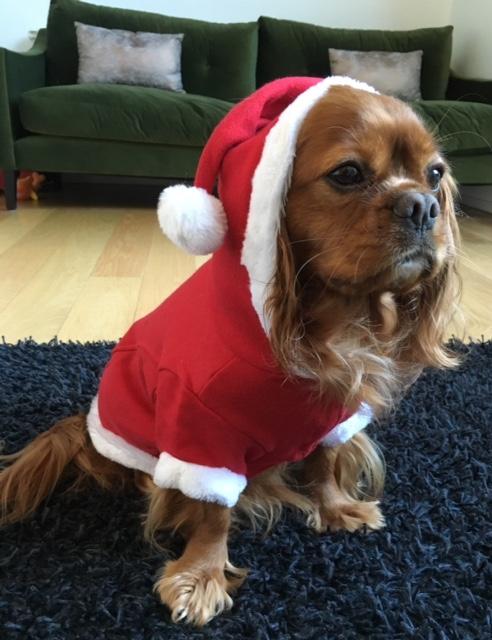