The Duke and Duchess of Sussex’s baby son Archie Mountbatten-Windsor has appeared in the official Court Circular for the first time today.

Two-month-old Archie made his debut in the daily diary of royal engagements thanks to his christening at Windsor Castle at the weekend.

But while previous entries detailing the baptisms of the Duke and Duchess of Cambridge’s children included a full list of their godparents, this record did not. 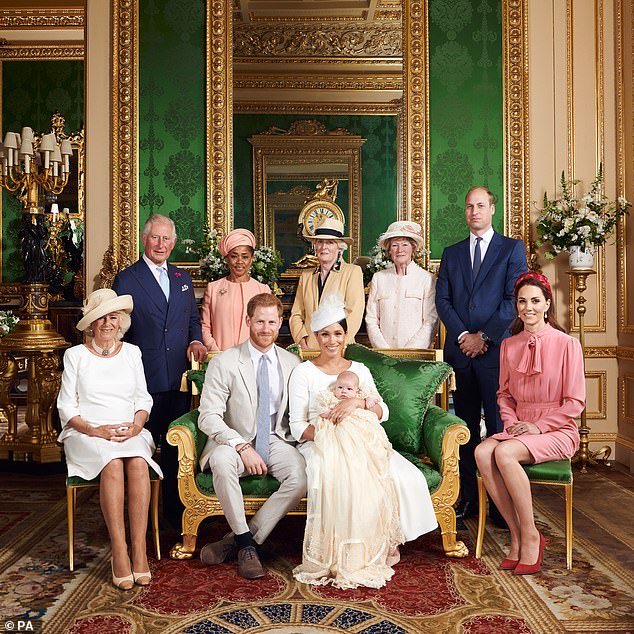 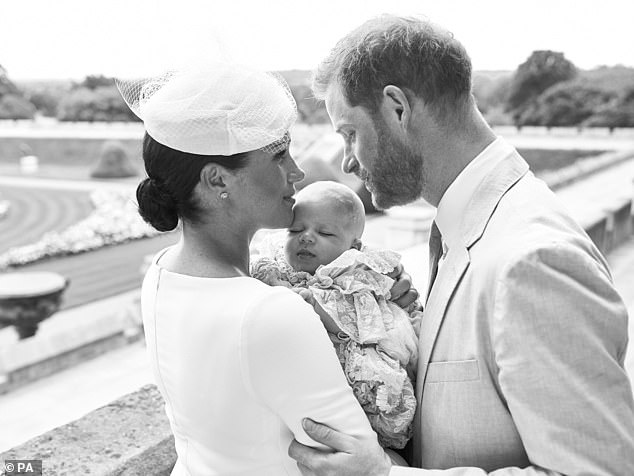 Privacy-conscious Harry and Meghan decided not to reveal who they picked for the spiritual role, although the duke’s friend Charlie van Straubenzee and his former nanny Tiggy Pettifer are reported to be among the chosen ones.

The sisters of Harry’s late mother Diana, Princess of Wales, Lady Jane Fellowes and Lady Sarah McCorquodale, were among the attendees, and appeared in an official photograph, fuelling speculation they may have also been asked to be godparents.

The private event on Saturday was listed in the Court Circular under the household headline ‘Kensington Palace’ and referred to as the baptism of the ‘infant son’ of Harry and Meghan.

The entry, published on Monday, read: ‘The Baptism of the Infant Son of The Duke and Duchess of Sussex took place at 11.00 a.m. this morning in the Private Chapel, Windsor Castle. 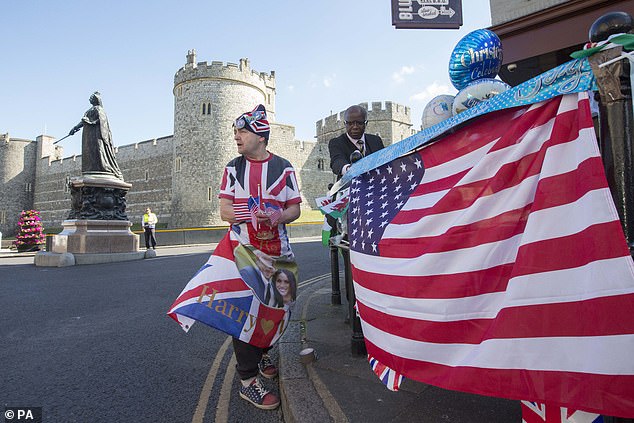 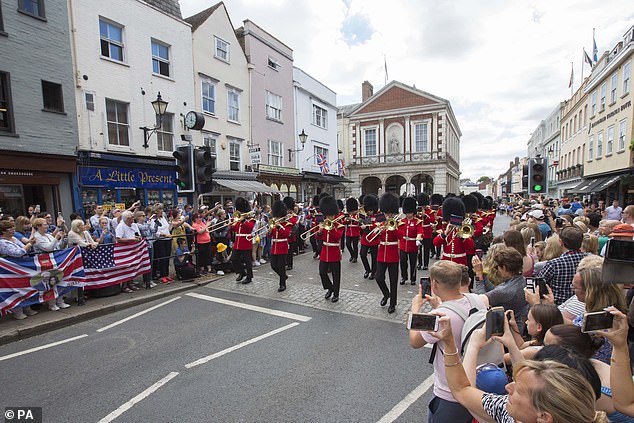 ‘The Archbishop of Canterbury baptised the Baby who received the names Archie Harrison.’

Archie’s birth on May 6 was not recorded in the Court Circular, unlike the arrivals of Prince George, Princess Charlotte and Prince Louis.

He is seventh in line to the throne and not an HRH.

The Archbishop of Canterbury the Most Rev Justin Welby christened Archie using water from the River Jordan out of the silver Lily Font, in accordance with royal tradition.

Some well-wishers at Windsor expressed disappointment at the private nature of the ceremony. 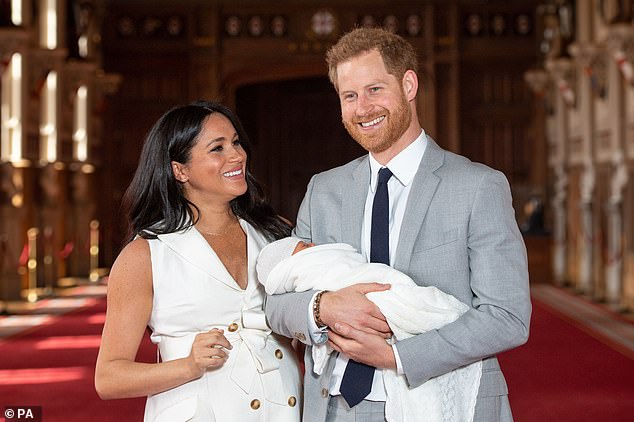 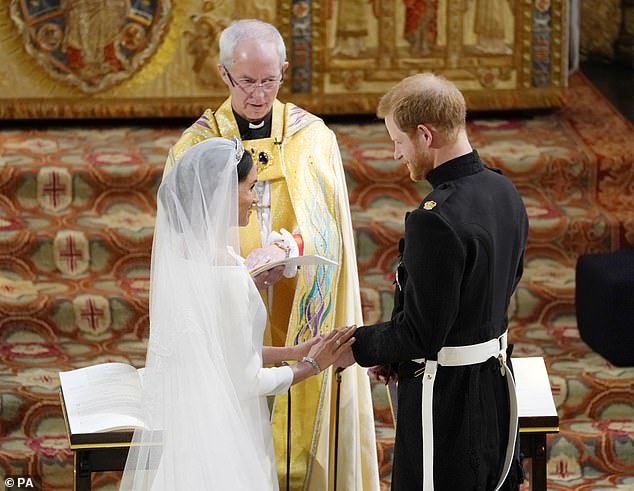 Harry and Meghan are married by the Archbishop of Canterbury Justin Welby on May 5, 2018

Meanwhile, royal fans are convinced Archie is starting to show a hint of ginger hair, just like his father.

One fellow red-head welcomed him on Twitter on behalf of the ‘entire ginger community’, while another described him as ‘the spitting image of his daddy when he was a baby’.

The Court Circular was established by King George III in around 1803 in order to provide the general public with daily updates on the engagements of the British royal family.

Frustrated at the inaccurate reporting of royal events in national newspapers, George III created the role of a ‘Court Newsman’ whose job was to supply daily newspapers with accurate information on royal movements – this became known as the Court Circular.