Bosses at Monterey Bay Aquarium in California apologised for the Twitter post slating the female otter as a “thicc girl” and “chonk”. 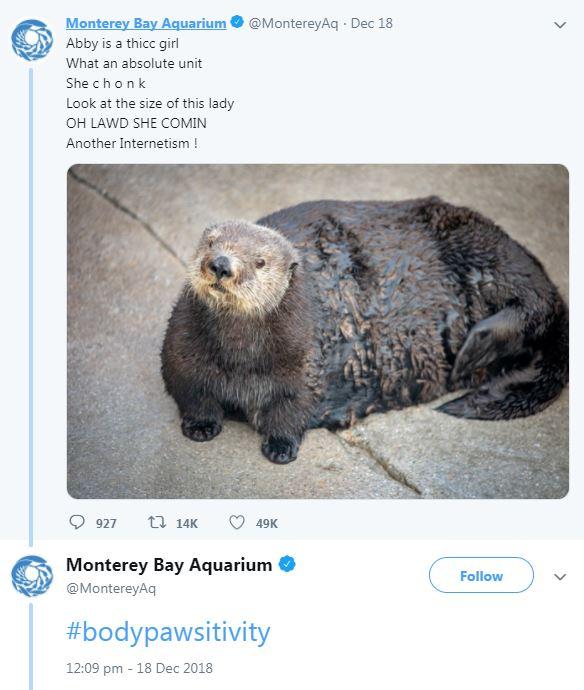 The attraction tweeted on Tuesday that “Abby is a thicc girl. What an absolute unit.  She c h o n k. Look at the size of this lady. OH LAWD SHE COMIN.”

And some social media users even said the language had racial undertones.

“Please delete this tweet. It is offensive,” tweeted Chanda Prescod-Weinstein, a theoretical physicist at the University of Washington. 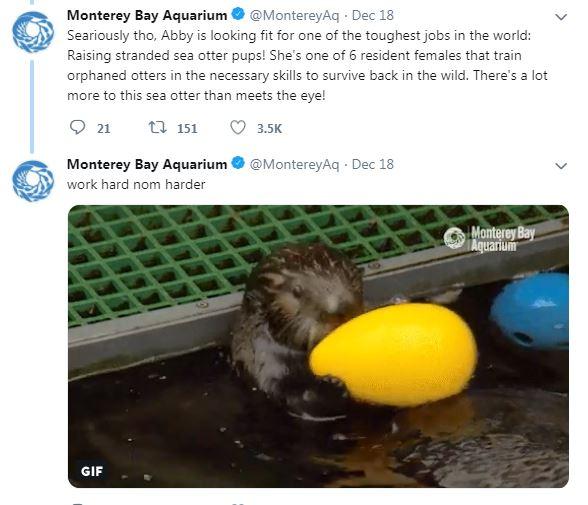 Twitter user Post-Surgical Agitator tweeted criticism in the same vein: “There’s a reason we tell non-AA folks to avoid using AAVE: Our language, humour, and cultural references are borne from some of humanity’s worst atrocities.

“If you haven’t endured that pain, you can’t know where the faultlines in our expression are. Please do better next time.”

The aquarium also tweeted out about “#bodypawsitivity” and posted a gif of Abby chomping on some food, alongside the words, “work hard nom harder".

It added: “Seariously [sic] tho, Abby is looking fit for one of the toughest jobs in the world: Raising stranded sea otter pups!

“She’s one of 6 resident females that train orphaned otters in the necessary skills to survive back in the wild. There’s a lot more to this sea otter than meets the eye!” 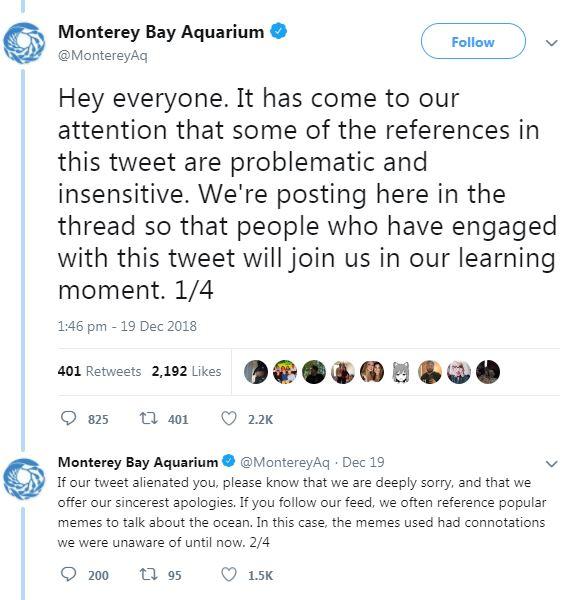 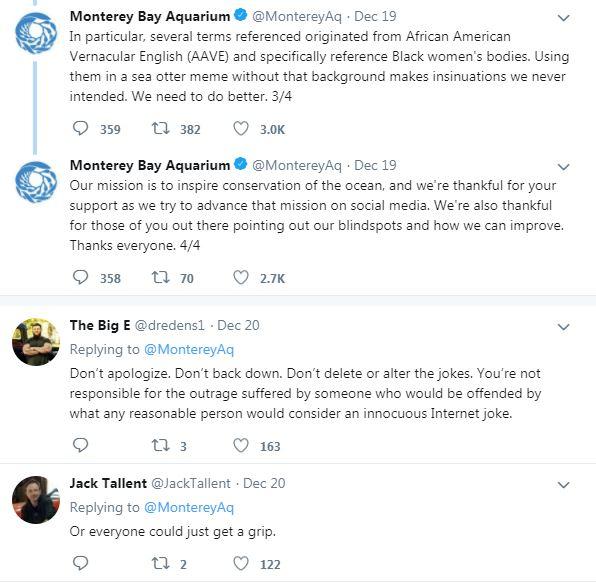 Christine DeAngelo, the aquarium’s curator of mammals, spoke out after backlash over the original tweet surfaced, explaining that Abby wasn’t even fat for an otter.

She reckons that the photo was simply snapped at a bad angle.

DeAngelo told the LA Times: “That’s not blubber or anything. It’s just the angle of her hips and the way she’s rolled. She’s one of our most photogenic animals.”

The aquarium issued an official apology via Twitter in the wake of the outrage: “Hey everyone. It has come to our attention that some of the references in this tweet are problematic and insensitive. 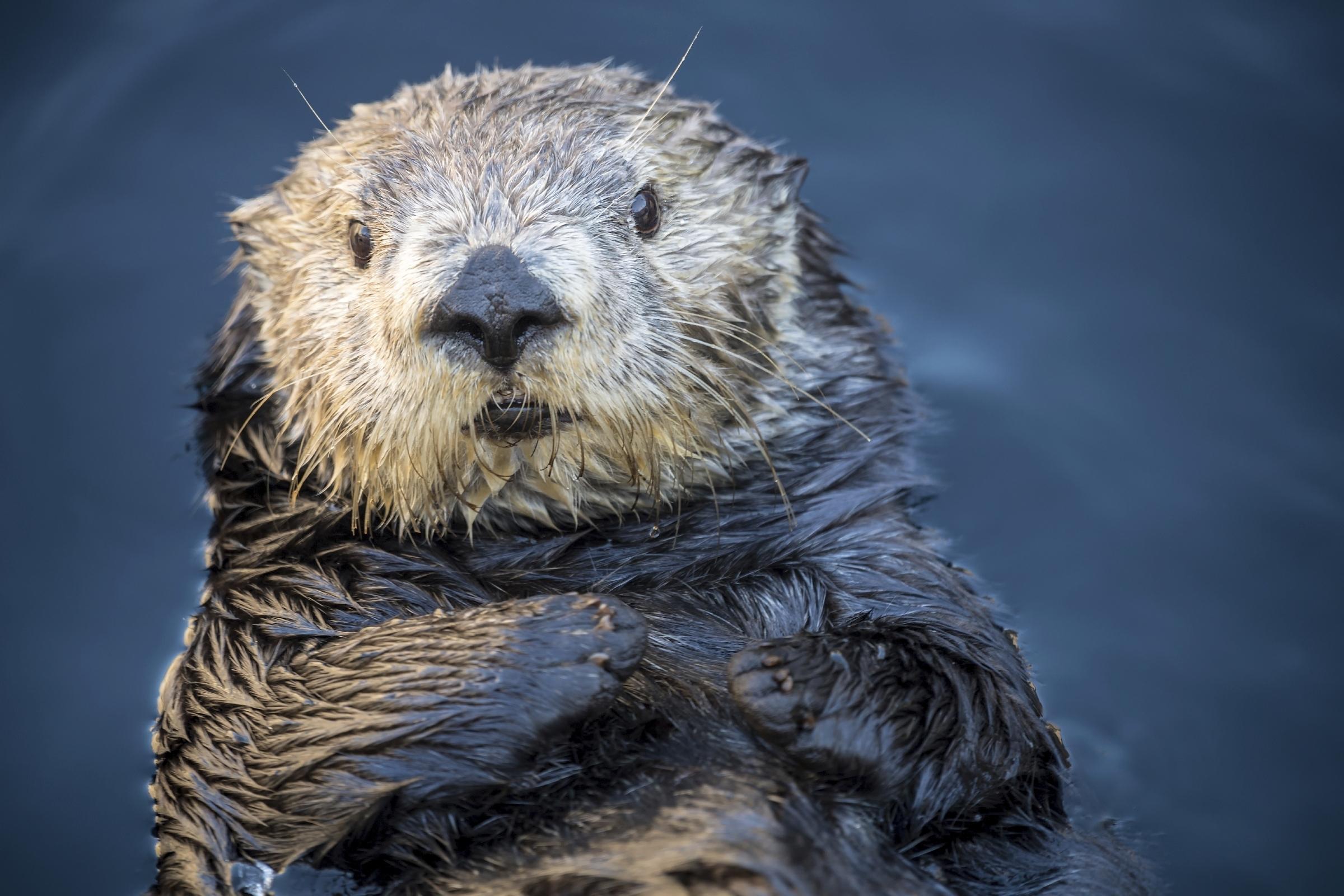 “We’re posting here in the thread so that people who have engaged with this tweet will join us in our learning moment.

“If our tweet alienated you, please know that we are deeply sorry, and that we offer our sincerest apologies.

“If you follow our feed, we often reference popular memes to talk about the ocean. In this case, the memes used had connotations we were unaware of until now.

“Using them in a sea otter meme without that background makes insinuations we never intended. We need to do better.”

However, that response has itself attracted further criticism, with Ryan Leslie replying: “People need to get a life and stop being offended by every damn thing in the world”.

Megan Sparks said: “As a thick girl, I’m not offended and absolutely loved the tweet…Abby is my new mascot.”

Others mocked the aquarium for being “thicc-witted” and suggested “there is only one solution. The sea otter must be named the #OscarHost.”

Lisa Brown, Soap Actress in 'Guiding Light' and 'As the World Turns,' Dies at 67