ANOTHER mysterious monolith has been spotted in Albuquerque as themayor fuels alien conspiracy by saying "we want to believe."

The structure appeared in the New Mexico city on Monday – near Pan American Parkway and Montano, behind a local REI store – after several other metallic installations appeared in different states and countries. 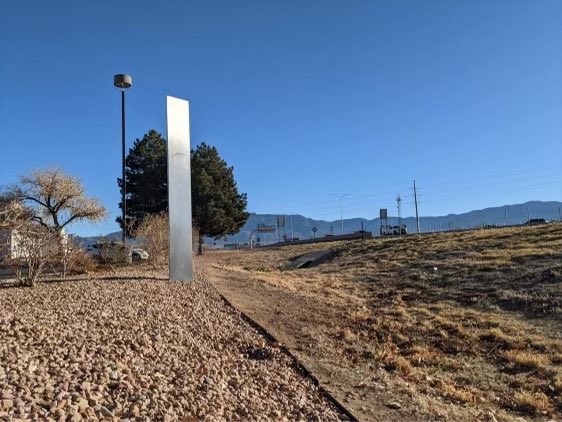 Albuquerque Mayor Tim Keller insisted the people of the city still wanted to believe there was something extraterrestrial going on, despite an artists collective taking credit for the monolith mystery last week.

"We want to believe," he tweeted yesterday, along with a picture of the structure. "#Monolith has been spotted in ABQ! What do you think it means? #abqmonolith #OneAlbuquerque."

The eerie silver metallic structures mysteriously appeared in Utah, California, Texas, and several other places around the world.

But a group of stunt artists based in Santa Fe took responsibility and are selling the 10-foot-tall "authentic alien" monolith for $45,000 on their website, which they are calling "monoliths as a service".

"The Most Famous Artist" have been posting up photos and clues on Instagram, detailing these monolith in the making. 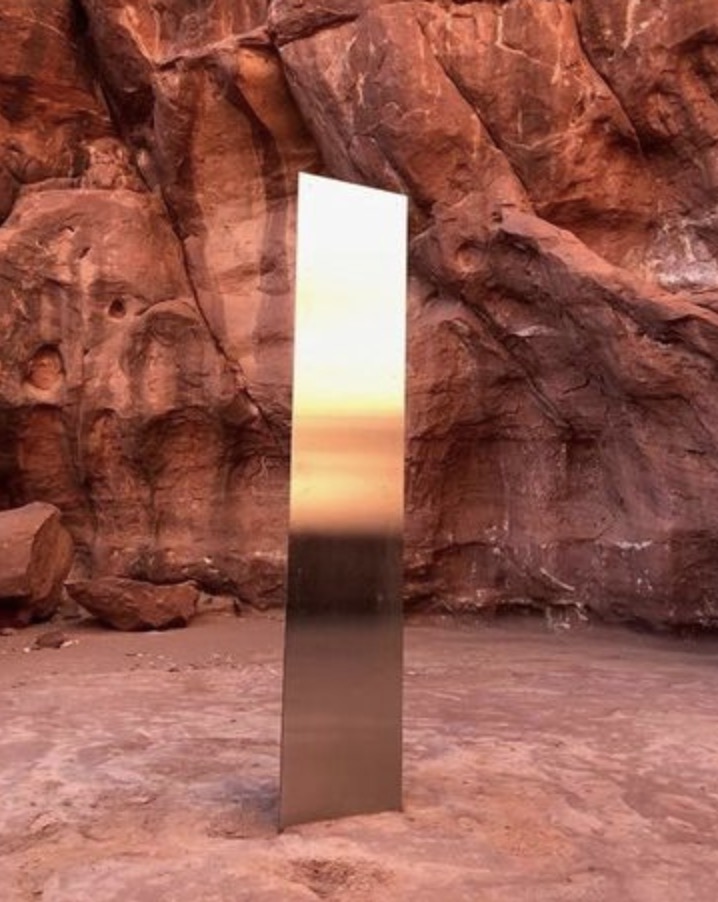 The works are listed as 10-feet-tall and include delivery and installation.

The group, who are based in Santa Fe, New Mexico, first posted up photos of the monoliths, one from the Utah site and the other apparently in transit on a dolly near a warehouse.

The stunt artists posted a third photo of the California monolith on their website,

When asked by their followers on Instagram "was it you?," the account replied "if by you you mean us, yes."

The founder, Matty Mo, was interview by Mashable, however he would not give the a straight answer, noting that he was "not able to say much because of legalities of the original installation." 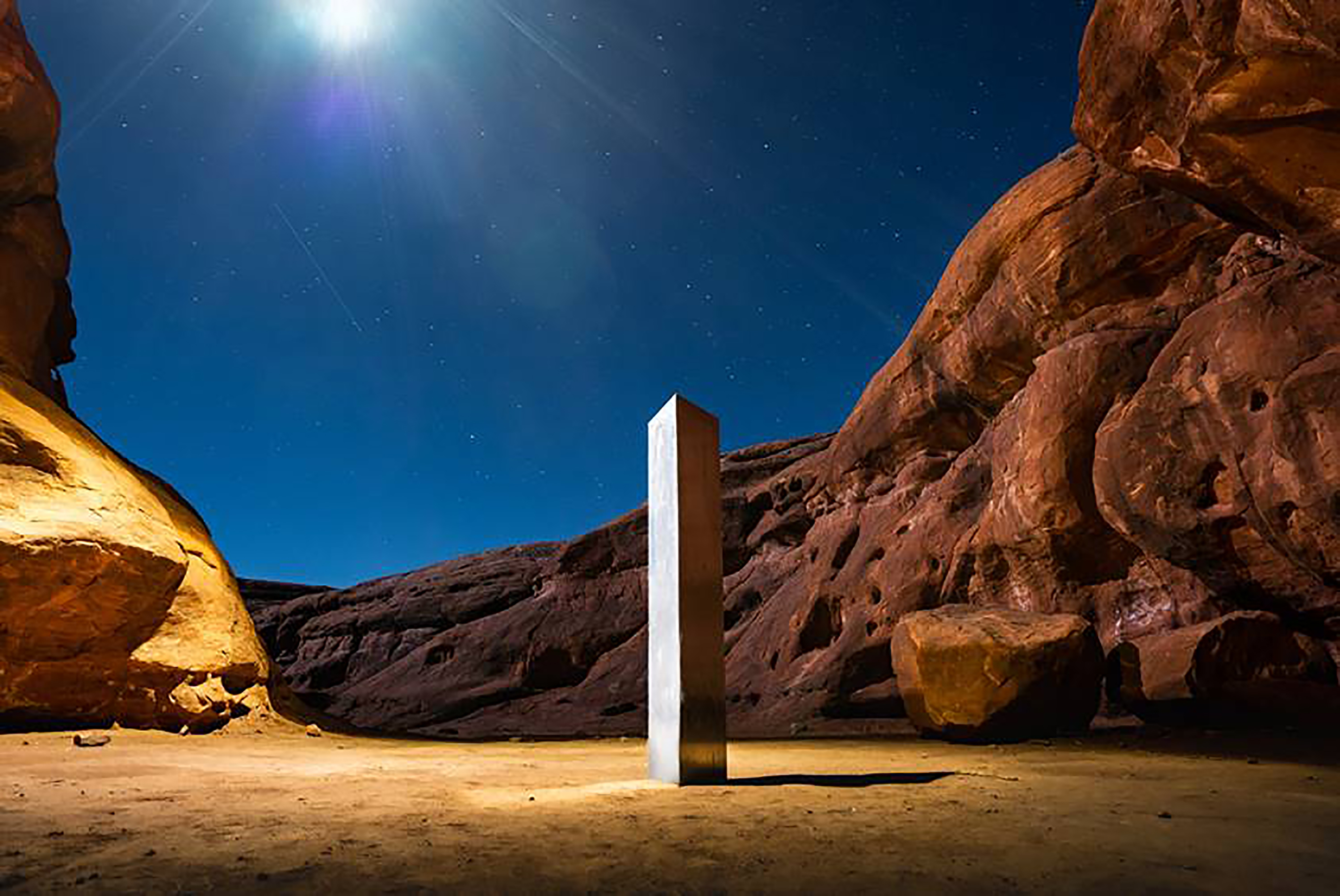 "I can say we are well known for stunts of this nature and at this time we are offering authentic art objects through monoliths-as-a-service," said Mo.

"I cannot issue additional images at this time but I can promise more on this in the coming days and weeks.

"What better way to end this f***d up year than let the world briefly think aliens made contact only to be disappointed that it’s just The Most Famous Artist playing tricks again," he added.

Posts on their Instagram page depict "concept art" the artists claim are from August 2020.

There is also a video showing a three-dimensional virtual rendering of the structure. 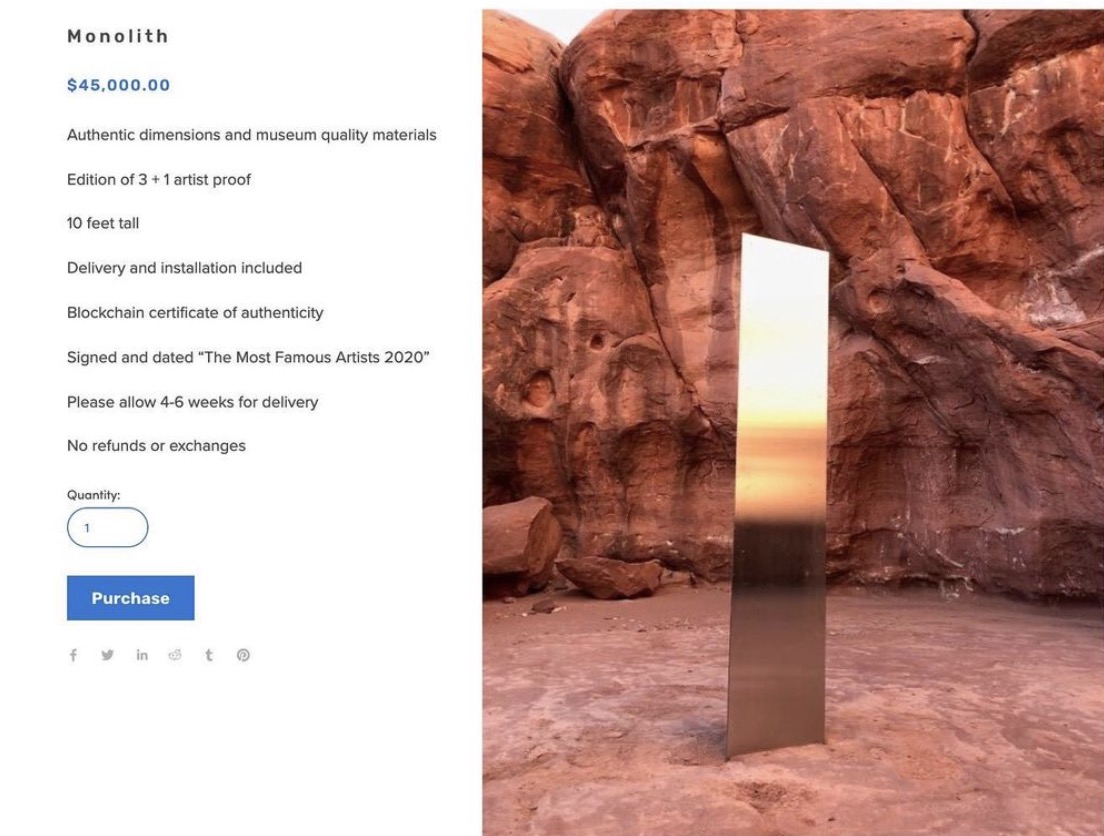 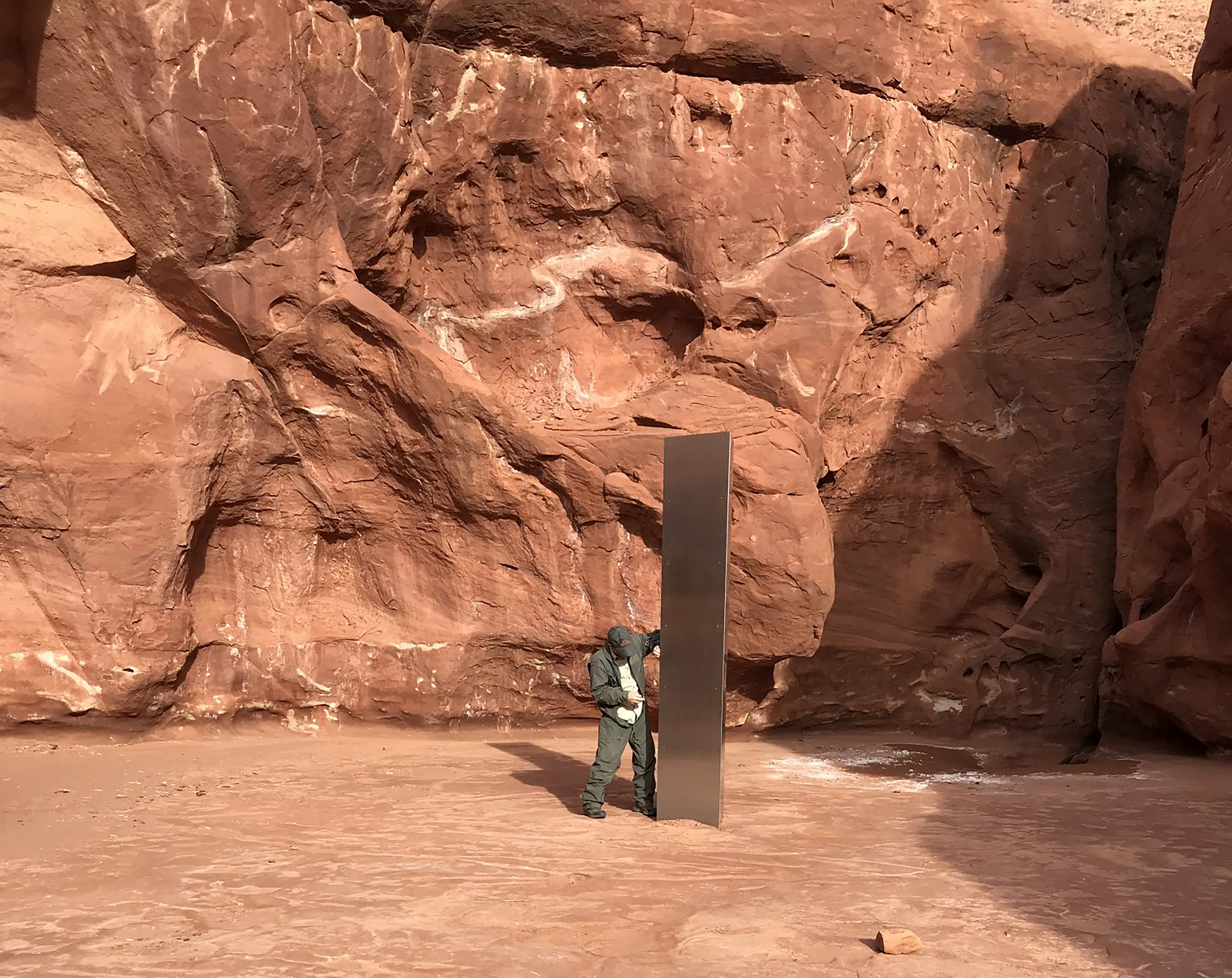 The monolith frenzy began on November 18, after wildlife resource officers stumbled upon a 12-foot tall metal monolith in the middle of the Utah desert.

The strange encounter occurred when a Utah Department of Public Safety helicopter was assisting the Utah Division of Wildlife Resource officers, when they came across the giant metal monolith in the middle of the midst of barren land.

The strange steel structure mysteriously vanished on November 27, just nine days after it was first sighted.

Since then three other steel monoliths have been spotted across the globe in Romania, California, Pennsylvania, Texas, and most recently, Albuquerque. 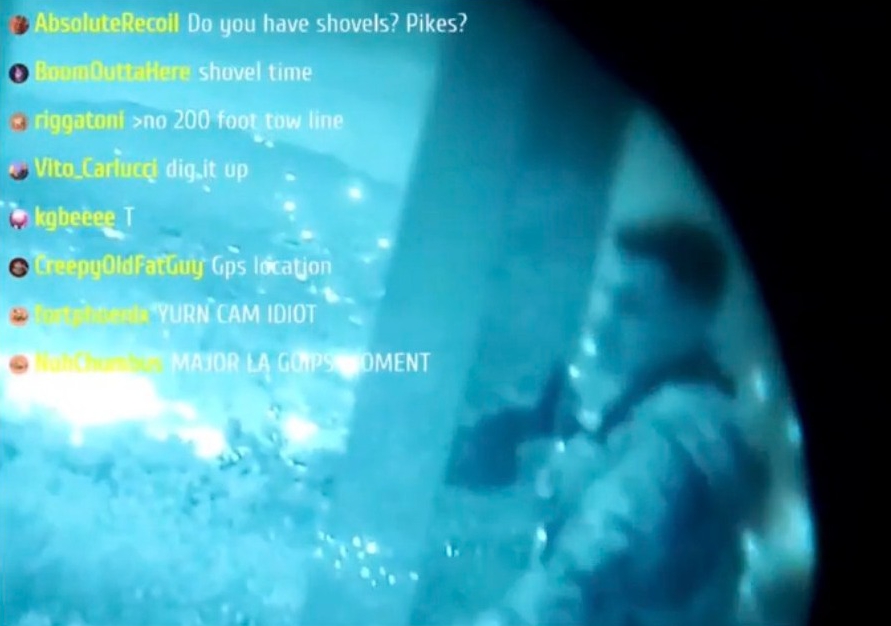 But unlike the Utah monolith, the Romanian pillar was covered in interconnected circles, and only lasted four days before it too mysteriously disappeared on December 1.

Last Wednesday, a third monolith appeared in The Golden State.

Contrary to the monoliths in Utah and Romania, a gang wearing military fatigues and MAGA merchandise filmed themselves tearing down the steel monolith hours after it appeared in CA. 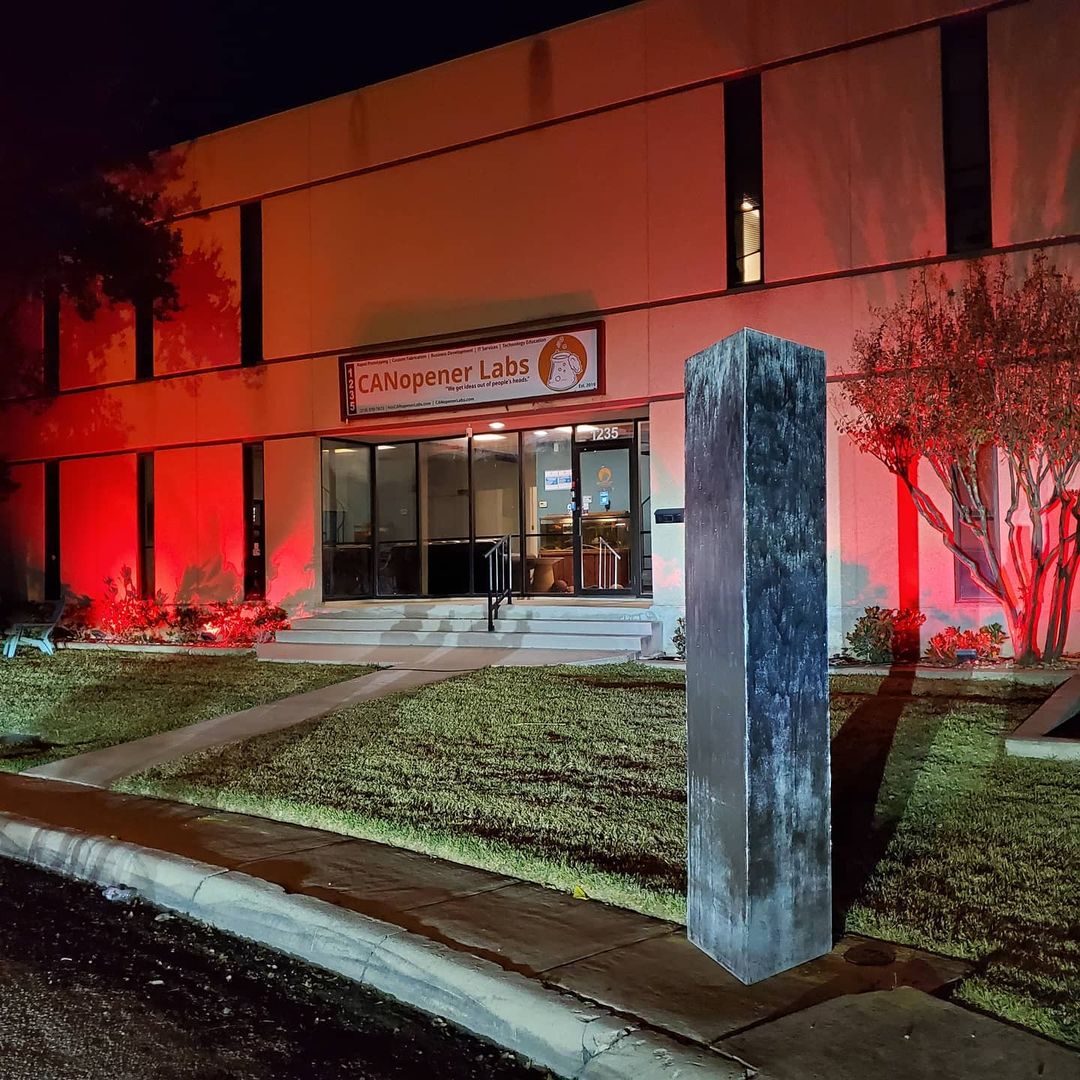 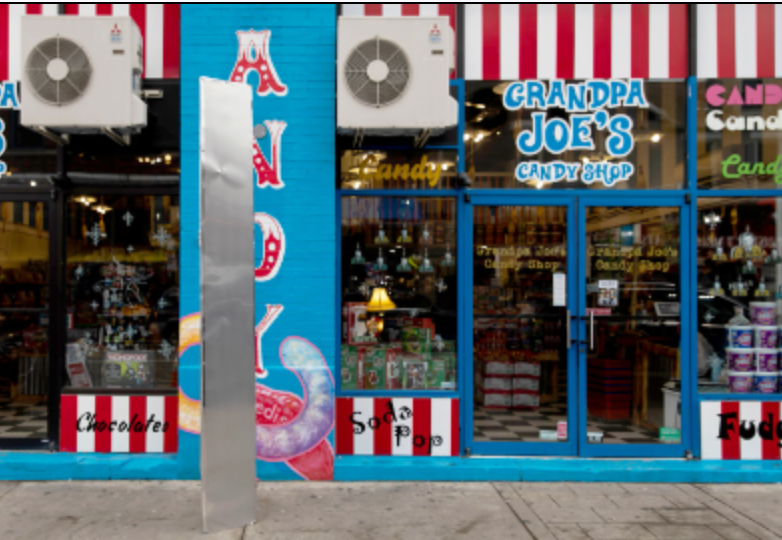 The four vandals can be heard chanting "Christ is king" and "America first" as they pull down the "alien" structure and replace it with a wooden cross.

The bizarre trend continued last Thursday, when a forth monolith was spotted in Texas, near the San Antonio International Airport.

According to Ksat News, the steel monolith first appeared Thursday night, and by Friday morning folks flocked to the site to get a glimpse of the structure.

Idaho resident, Jeff Jacobs added fire to the frenzy when he snapped a picture of the sunset with what appeared to look like a monolith in the sky, while driving home from work in Coeur d'Alene, around 800 miles from Utah.

The 56-year-old couldn't believe what he witnessed, saying "All of a sudden this rectangle showed up. It was only in the sky for a couple of seconds. 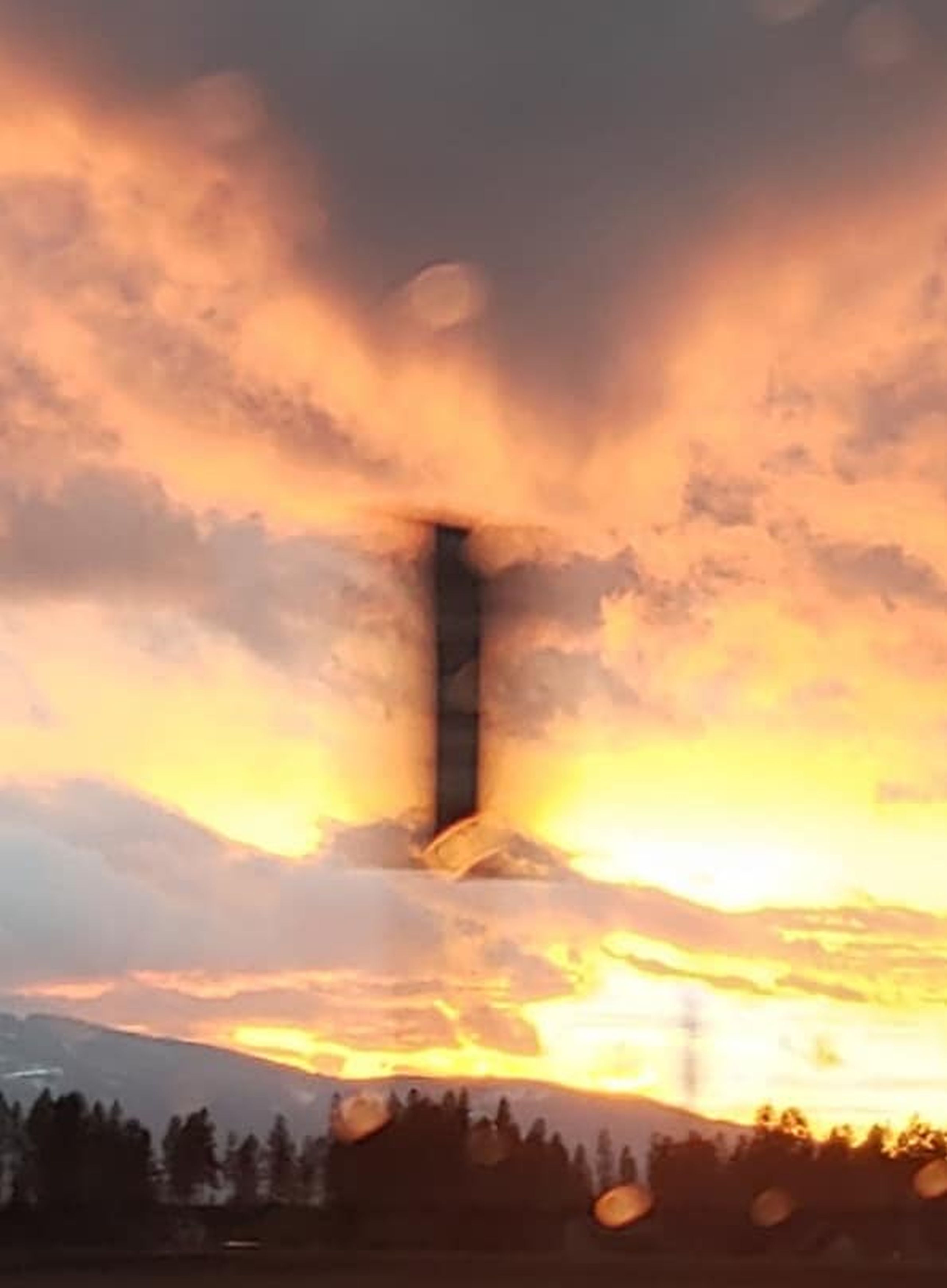 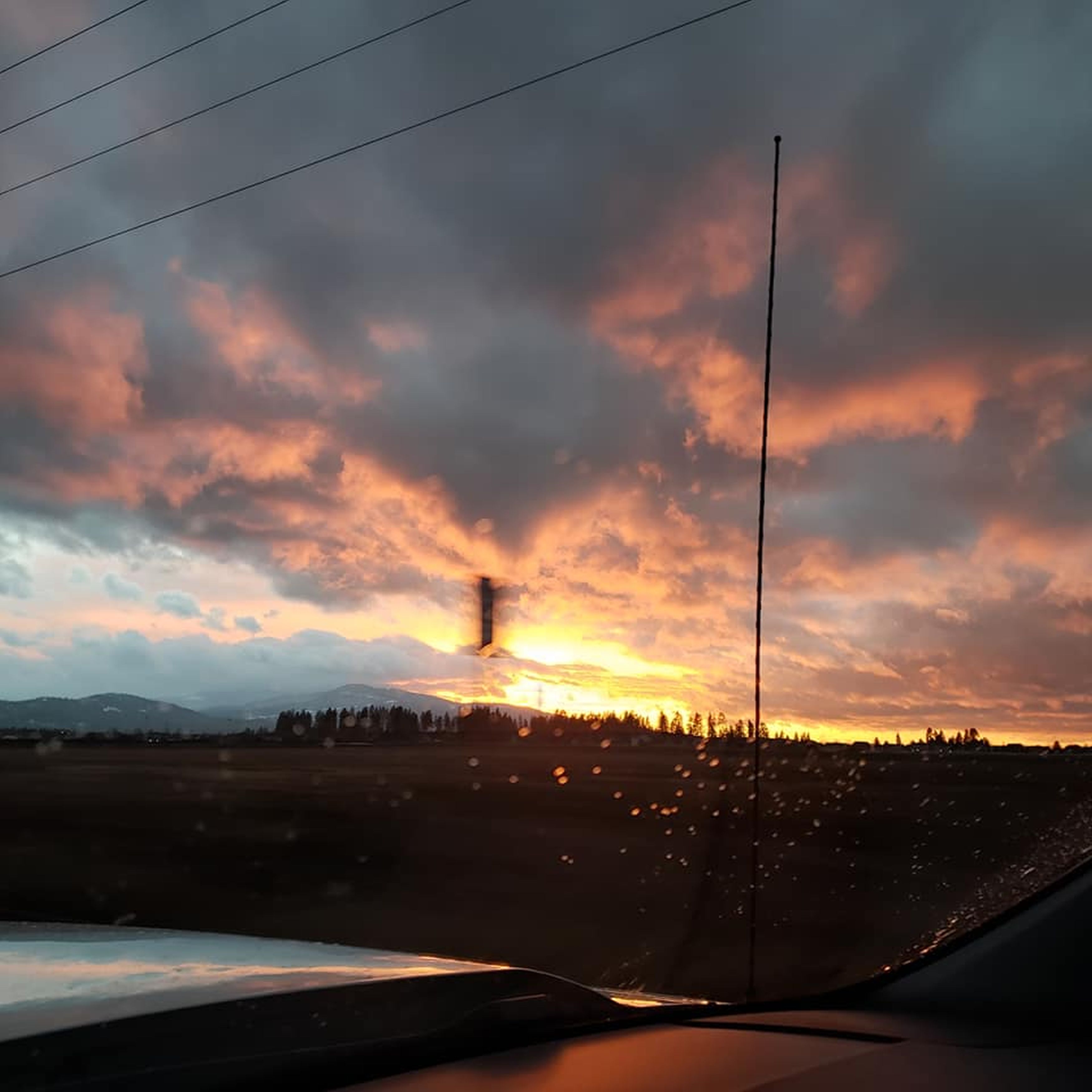 "It wasn't there, then it was, and as quickly as it appeared, it was gone again, That quick!

"I just thought 'What the hell is that?' I'm just a north Idaho boy and we don't see things like that," he added.

"A couple of people have suggested it could be the monolith from Utah and it is that type of shape. Utah isn't that far away from Idaho in the grand scheme of the world, the two states are connected."

Jacobs could not explain the strange phenomenon, but insisted it was not a weather balloon.

"I just had no idea what I was looking at. I'm not a particularly religious person so I couldn't begin to guess. All I know is, it isn't a weather balloon.

"I don't believe we're the only beings in this universe. If people think there isn't life beyond our world, they've got to be nuts."

The strange phenomenon's have fired up the minds of conspiracy theorists and sci-fi fans on social media.