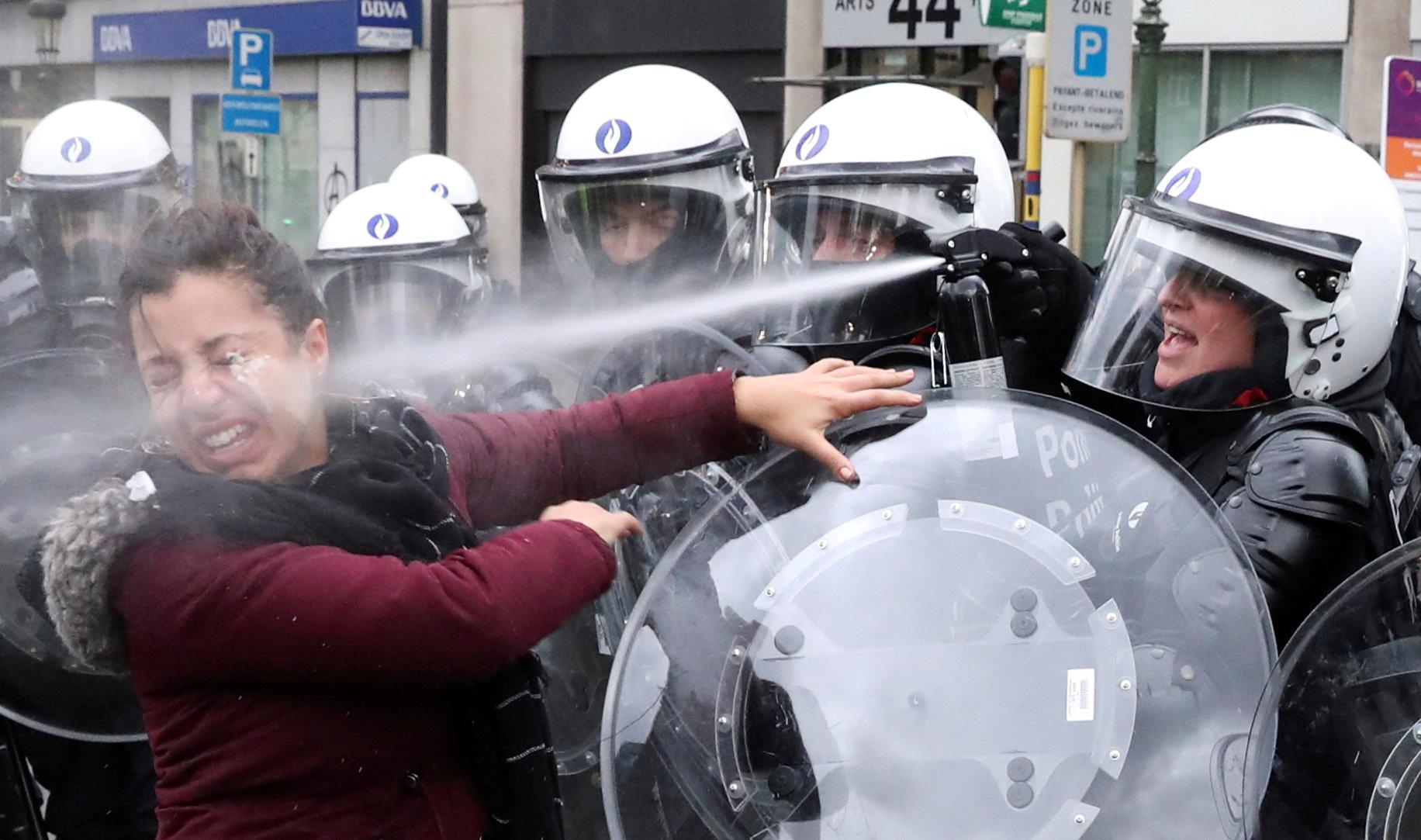 BRUSSELS (Reuters) – Usually, a golden rule for a news photographer covering a scene of angry confrontation is to get close, but not involved. Sometimes, though, it’s hard to avoid.

In recent days, “yellow vest” protests have spread to Belgium from France. I followed hundreds of people marching through Brussels on Saturday to demand lower fuel prices and better living conditions.

They were blocked from reaching the government quarter by riot police using water cannon and tear gas. Some of the crowd hurled rocks and firecrackers at them.

I could see the police were losing patience. So I picked a position close to them, so they could see I was a journalist doing my job and not part of the protest.

Police squads started surrounding protesters, sending in snatch teams to arrest individuals. As the march was organized on social media without approval from the authorities, police took the view that anyone involved can be detained and taken away. Most are quickly released without charge.

When one young man was seized, a young woman with him rushed toward the line of police, shouting that he had done nothing wrong. She had no mask or helmet and nothing in her hands. She wasn’t even wearing one of the fluorescent yellow vests adopted by the movement.

As she yelled at a policewoman, another officer standing behind the front rank pointed and fired a pepper-spray gun, dousing the young woman in the face. The photo I took dramatically captured the white liquid’s moment of impact and her anguished expression.

She turned away crying and sat down on the road, her eyes and face inflamed. I had a bottle of eyewash as part of my own safety equipment. I put my camera down, asked her to look up and carefully dropped the soothing liquid into her eyes.