LONDON (Reuters) – Britain’s House of Commons erupted in anger on Wednesday when Labour opposition leader Jeremy Corbyn appeared to mouth the words “stupid woman” after a lively exchange with Prime Minister Theresa May.

Corbyn’s remark was captured by television cameras during the question-and-answer session in parliament that British leaders have to endure every Wednesday.

He had been peppering May with hostile questions about her decision last week to postpone a parliamentary vote on a long-awaited divorce deal with the European Union.

In reply, May had suggested Corbyn might not enjoy the support of his own lawmakers over the EU and, taking a well-worn line from Christmas pantomimes, said: “I’ve got some advice for the Right Honourable Gentleman – look behind you!

“They are not impressed and neither is the country!”

Corbyn then shook his head and appeared to mutter “stupid woman” under his breath.

A spokesman for Corbyn later said: “He did not call her a stupid woman, so I don’t think there are any grounds for an apology. As I understand it, he said ‘stupid people’”

A session that had begun with lawmakers wishing each other a Merry Christmas and peaceful New Year soon descended into an unholy row as female lawmakers in particular demanded that Corbyn be censured.

As lawmakers shouted at each other across the debating chamber, Commons Speaker John Bercow said he had not seen or heard the alleged incident and could not rule on it.

May told lawmakers: “I think that everybody in this house, particularly in this 100th anniversary of women getting the vote, should be aiming to encourage women to come into this Chamber … and should therefore use appropriate language.”

Lip readers were called in earlier this month to decipher what May herself said in an apparently ill-tempered exchange with European Commission leader Jean-Claude Juncker in Brussels.

They reported that May was berating Juncker for apparently having called her Brexit plans “nebulous.” 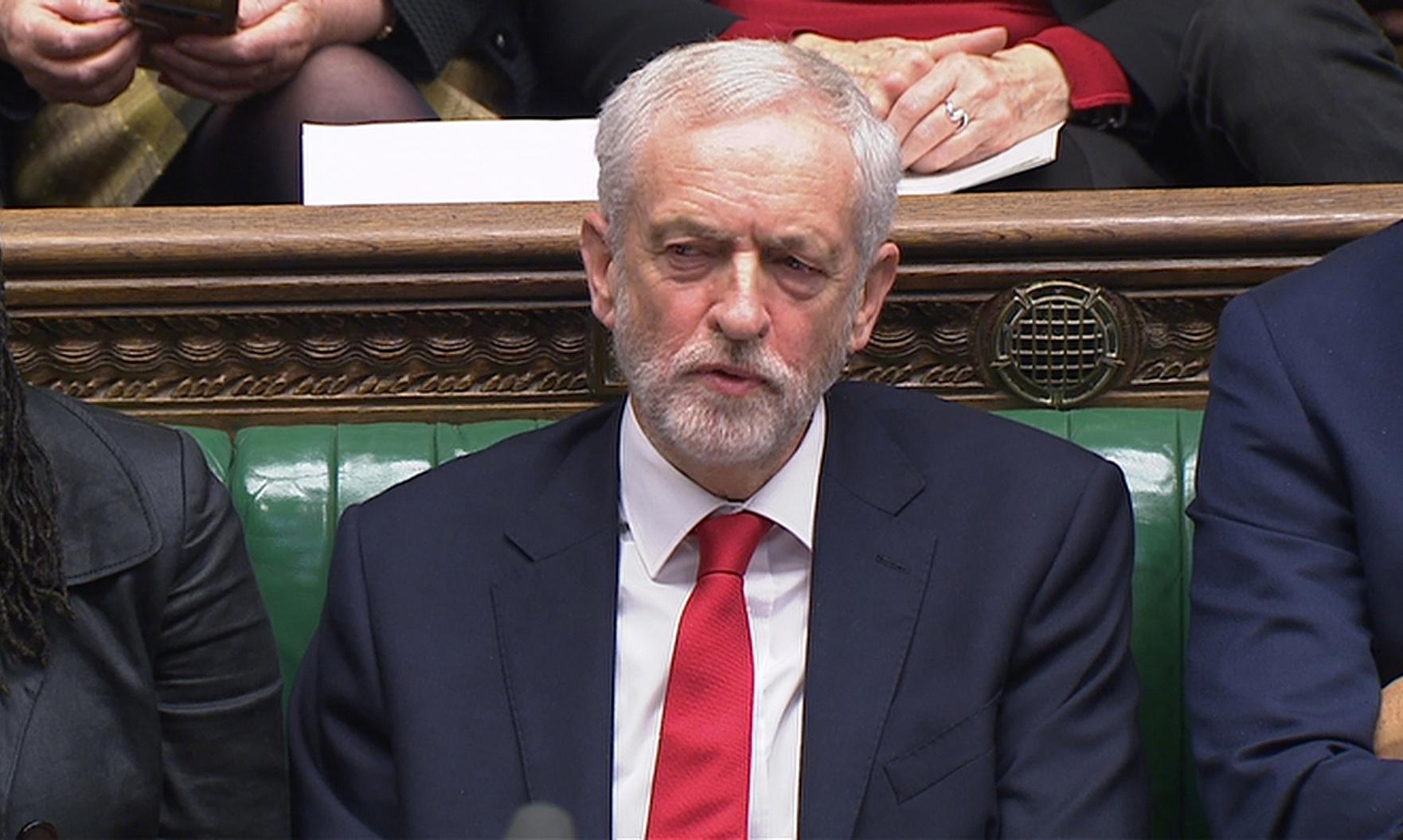 It was not the first time a row had blown up over the alleged use of the phrase “stupid woman” in parliament. In June, Bercow was alleged to have applied it to cabinet minister Andrea Leadsom.

The Commons standards watchdog decided he should not be investigated.