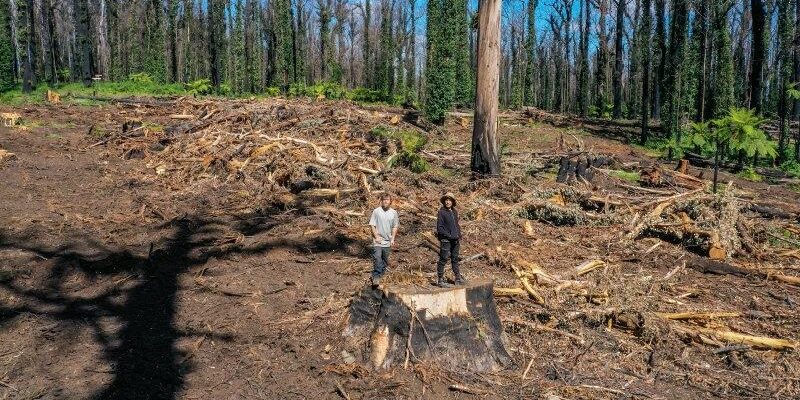 Protesters attempting to prevent or disrupt native forest logging in Victoria would face 12 months’ jail, or $21,000 in fines, under laws introduced to state parliament this week.

Activists accused the government of seeking to criminalise peaceful protest in the lead-up to the November state election, while Agriculture Minister Mary-Anne Thomas said protesters were putting the lives of forestry workers at risk. 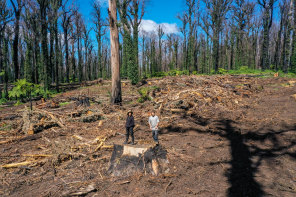 “We respect the right to protest safely but want to make sure workers go home to their families each day,” she said. “Every Victorian has the right to be safe at work. Protests are becoming increasingly dangerous, particularly for workers, which is why this legislation will support them to get on with their job and minimise disruption to the industry.”

The Age asked Thomas’ office and the government’s forestry agency VicForests to confirm whether any injuries had been sustained at logging sites in Victoria over the past year. Both are yet to respond.

Earlier this year it referred itself to the Independent Broad-based Anti-corruption Commission following allegations it hired a private investigator in 2011 to spy on its contractors and environmental activist Sarah Rees.

VicForests last year posted a $4.7 million annual loss, despite being given $18 million by the state government, attributing the loss to an unprecedented number of court challenges from community environment groups and the destruction of timber in the Black Summer bushfires.

In 2019, Premier Daniel Andrews announced the logging of native forests would be phased out in Victoria over the next decade, with a reduction in the level of native timber available for logging from 2024-25. In 2030, VicForests will become a plantation-based timber supply business.

“The only thing dangerous is the Dan Andrews government’s continued commitment to thrashing our carbon stores and our water security through continued senseless logging – even after the worst bushfires in living memory,” she said. 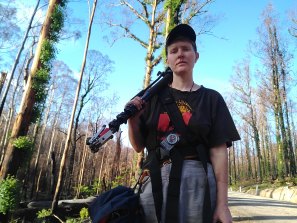 “The fact is, the government has completely sat on its hands after the Black Saturday bushfires [and] logging practices have not changed at all. We need action now.”

The new laws, which have yet to pass, would introduce maximum fines of $21,000, or 12 months’ imprisonment, for protesters who illegally enter timber harvesting zones and block workers or their machinery.

PVC and metal pipes – which make it hard to dislodge protesters once they have chained their bodies to machinery and equipment to disrupt logging – would be added to the list of items prohibited on timber harvesting operations.

Anyone found carrying those items could face additional fines. Authorised officers would be given the power to search people’s bags and vehicles for pipes and issue protesters with banning notices preventing them from entering logging sites.

Forest campaigner Chris Schuringa said the new laws were “a really heavy-handed and draconian response” to people taking action to stop logging in our native forests. “Twelve months’ imprisonment for a peaceful non-violent protesting is ridiculous.”

The government is framing the new laws as necessary to protect the safety of timber workers, and Workplace Safety Minister Ingrid Stitt said every Victorian deserved to be safe at work.

“The agriculture industry is already a dangerous environment and is sadly overrepresented in serious incidents and fatalities,” she said.

“Victorians have just voted unequivocally for candidates supporting climate action, which includes protecting forests. Yet instead of protecting our precious forests, the Victorian Labor government seems hell-bent on logging at all costs.”