An American priest has been arrested after being accused of sexually abusing multiple young boys while he was doing missionary work in the Philippines.

Now U.S. authorities are calling for the public’s help in determining whether or not he had any victims stateside.

Rev. Kenneth Hendricks is in custody of police authorities in Manila now, and is facing federal charges in Ohio where he maintains a residence.

Ben Glassman, the U.S. attorney for the Southern District of Ohio, said that the case started when two Filipino boys reported alleged abuse to local authorities, prompting an investigation and subsequent accusations from other boys.

Steve Francis, the special agent in charge from U.S. Immigration and Custom Enforcement’s Homeland Security Investigations, noted that five accusers are included in the affidavit but there are five others who have made claims against Hendricks that are being investigated currently.

“It’s horrifying,” Glassman said. “It is horrible, horrible abusive conduct. It is grooming children, young children who are interested in being involved in church activities and taking those kids and sexually abusing them.”

Hendricks is currently in custody in the Philippines and it is unclear if he has legal representation. Glassman said that the details of a possible extradition to the U.S. are being worked out in conjunction with Filipino authorities.

“To the best of our knowledge, he was ordained to the priesthood in the Philippines to serve in a diocese there. He has never had any assignment with the Archdiocese of Cincinnati,” the statement reads. 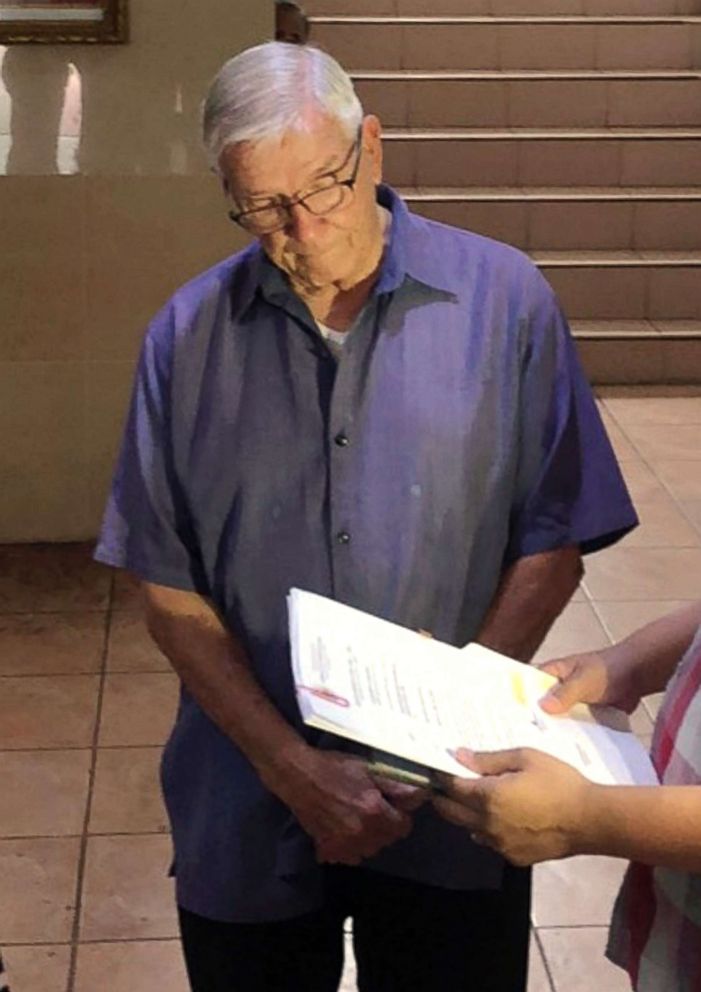 Mike Schafer, the director of communications for the archdiocese, noted that Hendricks was listed on the archdiocese’s website as part of his missionary work.

“Like dozens of other missionaries from southwest Ohio, Father Hendricks did receive financial support from time to time from our missions office,” Schafer said.

Glassman stressed that they were detailing the allegations against Hendricks in order to spread the word and see if there are any possible victims or witnesses in the U.S.

“We want to make sure if Father Hendricks committed sexual abuse of children here… that we can get them the proper treatment and counseling and we can hold him accountable,” he said.

Hendricks’ arrest is the latest in a string of investigations into allegedly abusive priests. Just last week, police searched the offices of the Archdiocese of Galveston-Houston in connection to an arrested priest in Texas. The archdiocese released a statement at the time saying they continue “to cooperate, as we have since the outset, with this process”

There are now at least 16 jurisdictions across the country that have launched investigations into clerical sex abuse following the release of a Pennsylvania grand jury report detailing the alleged cover-up of decades of abuse by hundreds of Catholic priests.

Investigations have already been launched by officials in Arkansas, Delaware, Florida, Illinois, Maryland, Michigan, Missouri, Nebraska, New Jersey, New Mexico, New York, Pennsylvania, Vermont, Virginia and the District of Columbia — as well as the Archdiocese of Anchorage in Alaska — with officials in several other states telling ABC News their offices were reviewing their options and considering taking similar action.