Jailbird Danny Peat is under police protection as a coroner blasted him for forcing Amber into cruel chores before she hanged herself in a hedgerow. 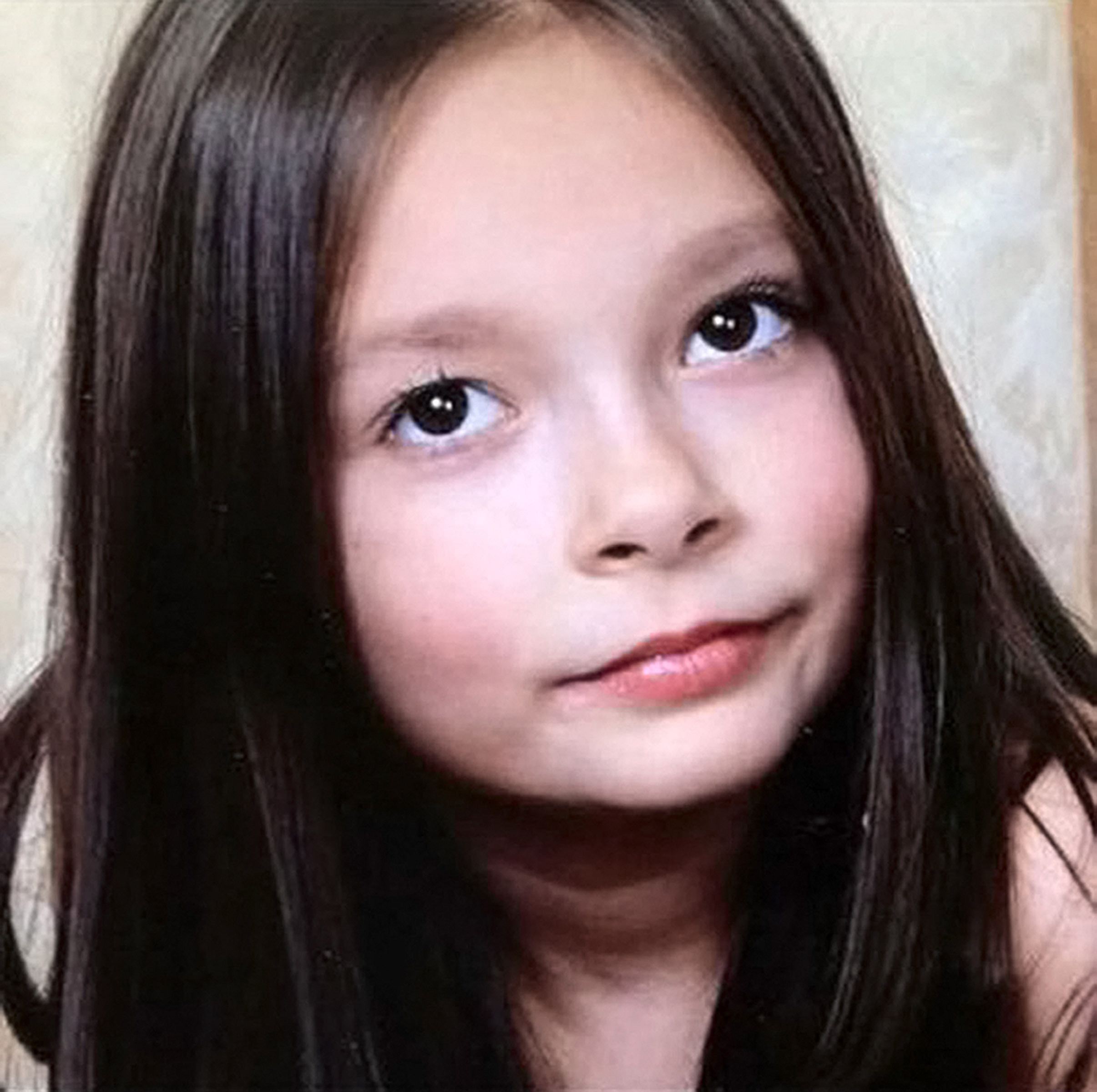 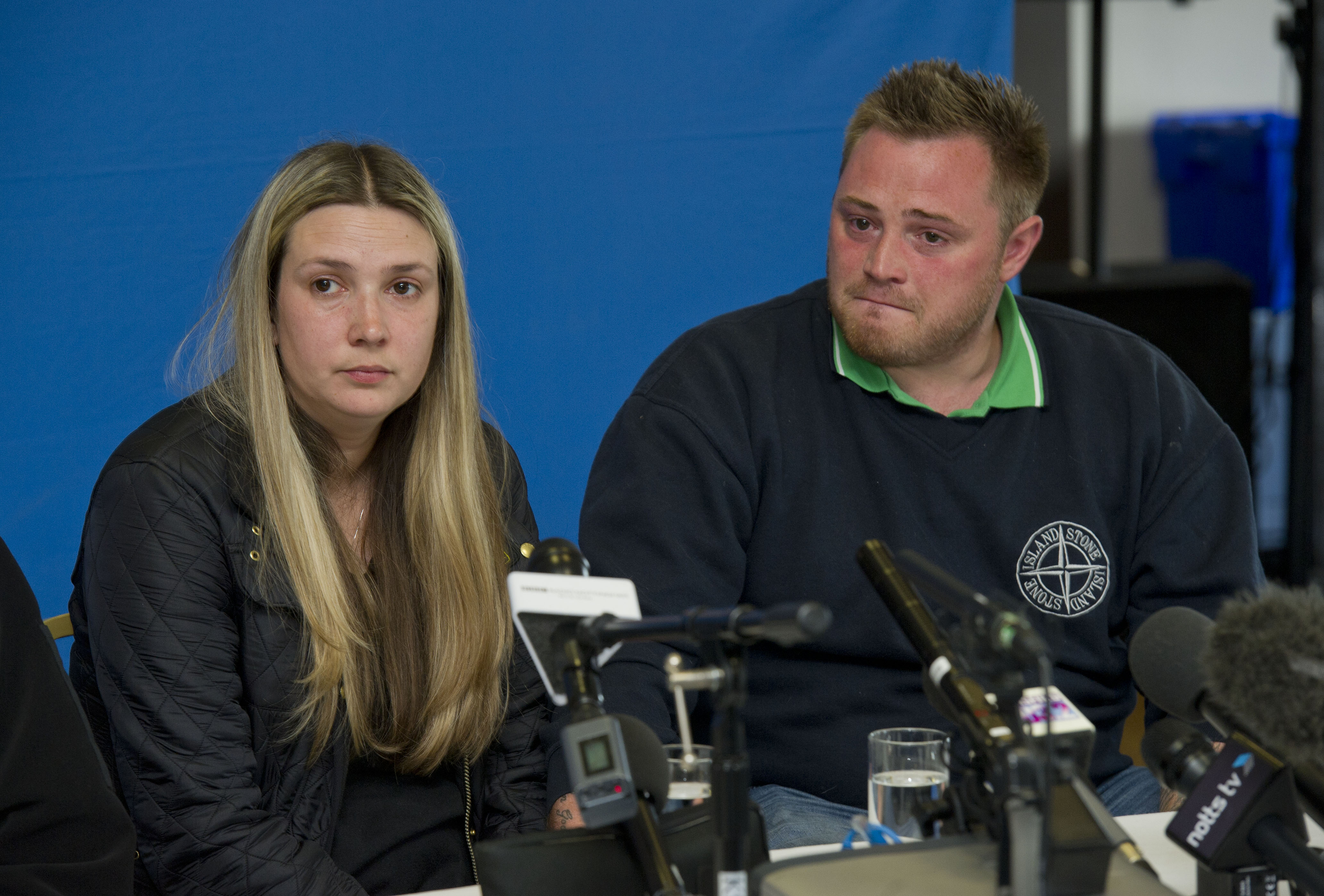 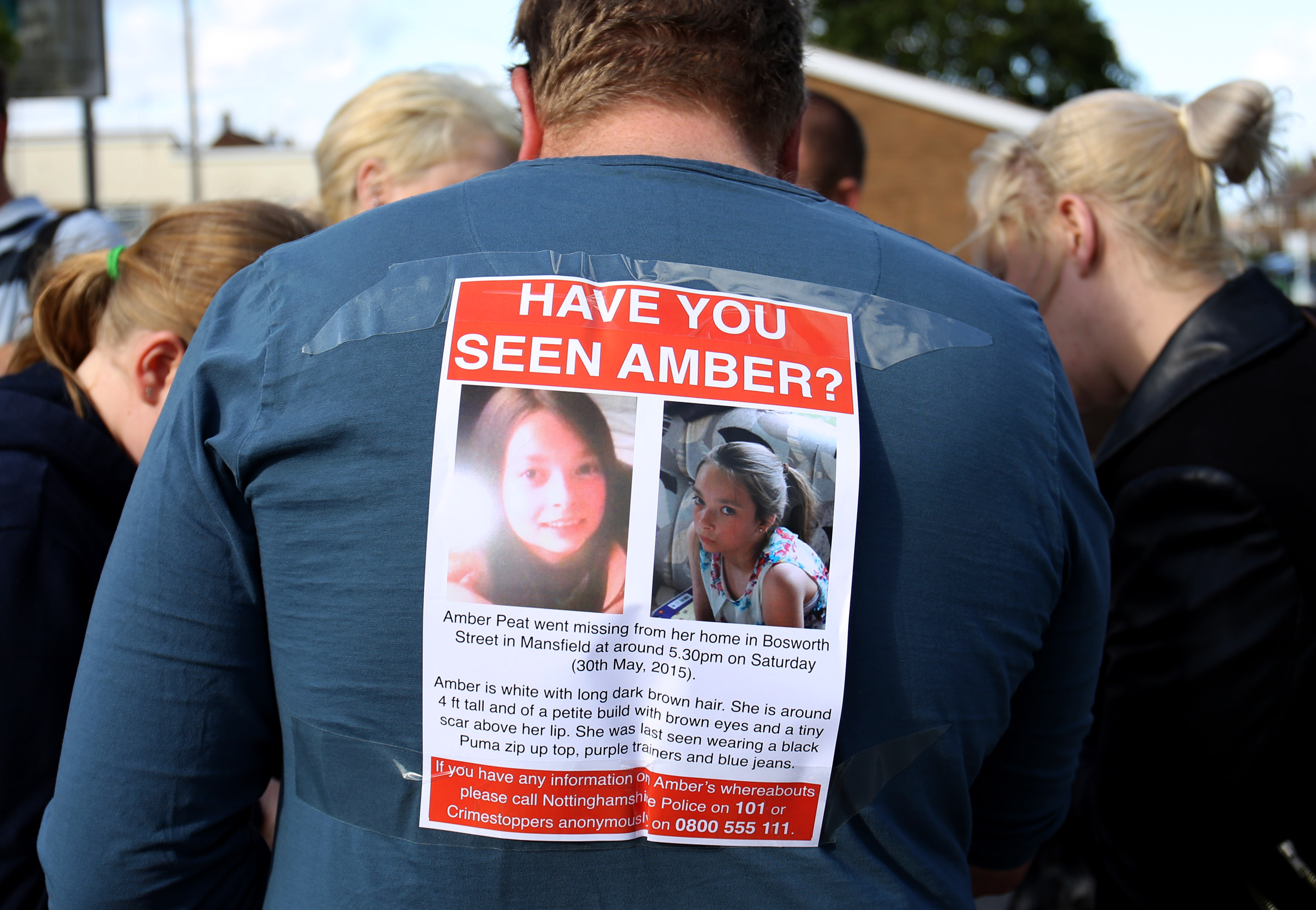 Shamelessly, he now plans to make his own film to “prove to the world” he is blameless after moaning he has become a victim in the case.

An inquest heard Amber, 13, hanged herself with a scarf less than a mile from home following claims she was “emotionally abused" by the convicted tax fraudster and ex-lag.

The pair had told the hearing they had not ordered the teen to do housework chores, including washing all the pots in the kitchen and mopping floors after midnight.

But Ms Bower said she found the incidents did happen, ruling: “Household chores being used as punishment fits with the modus operandi of discipline that Mr and Mrs Peat enforced.”

Recording a narrative conclusion, she said there were at least 11 “missed opportunities” by different agencies to intervene in Amber’s case. The coroner said the youngster's life could have been saved but was let down by the authorities.

She added: “In the 18 months prior to Amber’s death, education, health and social care agencies all held information about safeguarding risks to Amber.

“Had those agencies responded to safeguarding concerns in an appropriate manner it is possible Amber would not have died when she did.”

The “desperately unhappy” teenager finally ran away from the family home in Mansfield after a row when she was told to vacuum the car and clean a cool box when the family returned from a holiday in Cornwall.

The inquest heard Peat, 35, had threatened to hit Amber on the car journey home because she had “scowled” at him.

11 chances to save her

'THE MOST HATED MAN IN MANSFIELD'

She was found hanged in June 2015 after a three-day hunt involving 400 officers.

But she had taken her own life in thick undergrowth on a road verge just 40 minutes after running out of the house.

Peat and Kelly waited eight hours, having a meal and going shopping at Tesco, before they reported her missing to police “in a matter-of-fact way”.

Peat said he had become a victim of an internet hate mob following the case.

And astonishingly, in his first interview since Amber died, he revealed he has started filming a three-part documentary to put on TV or social media “to set the record straight”.

Peat, who was released from prison a few months before Amber’s death, said he had become “the most hated man in Mansfield” and branded the “evil stepdad” who had caused the schoolgirl to take her own life.

The former plumber said he had been threatened with an acid attack, had moved out of the family home for fear of retribution and was under police watch.

He said: “Amber was a lovely girl but she was no angel. She made up allegations about me and other people because she was an attention-seeker.

“There was even one when I was supposed to have made her stand still in the crucifix position in the front window as a punishment for her touching my laptop.

“But the neighbours who made the allegation couldn’t even see our window from their house. I loved Amber as my own and never laid a finger on her.” 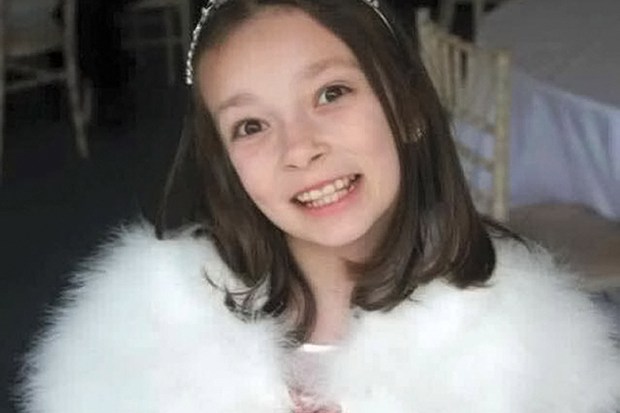 Jennifer Lancaster wept as she said she had not seen Amber for two years before her death.

Jennifer, whose son Adrian Cook is Amber’s natural dad, described her as a “sweet, lovable child” who “liked to cuddle and play silly girly things like dressing up”.

She saw Amber “quite frequently” when she was young. But when her son and Kelly split up on Christmas Eve 2012, she only saw Amber “two or three” more times.

One of those occasions was Valentine’s Day in 2013, when Amber and her two younger siblings went to stay with her for the weekend. Jennifer next saw Amber and her siblings on Mother’s Day 2013. She expected to see Amber again before going into hospital that April for a knee operation – but never did.

She said: “I bought them Easter eggs and sent a message to see if they would be coming for them. And I wanted to get Amber a birthday present. But the message back was, ‘Don’t know, not sure’. That was it.”

Jennifer added that she went to the family home to see the children – but found they had moved. She contacted Kelly to ask for the new address, only to be told: “I am not comfortable with you having it.”

Jennifer said she had no concerns about her grand-daughter’s behaviour before she went missing, and what had happened “came as a shock”.

Referring to the Peats, she said: “They trust you with their kids and then stop you seeing them. The next thing you know she is missing. It’s horrible.

“I phoned Kelly’s number and Danny answered. I said, ‘Where is my granddaughter? I need to speak to Kelly’. He said, ‘She does not want anything to do with that side of the family’.”

As she wiped away tears, Jennifer added: “When Amber passed away, I did not even get to see her at the undertakers.

“I did not realise until that point just how cruel she could be. And it is cruel.”

Amber's real dad, Adrian Cook, who had no contact with her for two years before she died, told the inquest he had been subjected to vile abuse on Facebook by Peat, who called him a "mere sperm donor”.

Peat said: “I never mistreated her. We both had season tickets together at Derby County and she would come and watch me play football on Sunday mornings. We were close.

“But because of what people have made up, the finger has always been pointed at me as the evil stepdad who virtually marched Amber out of the house and let her die. It’s disgusting the way I have been portrayed in all this.

“Some people out there will always hate me and call me a child abuser and it’s disgusting.

“But I have to live with that. I was questioned by police for two hours after they found Amber’s body.

“There was never any evidence that I had harmed her, because I never did.

“Now, nearly four years later, there is still a section of people carrying on a hate campaign against me and the police have told me some individuals have threatened to attack me with acid.

“The police have put safety markers on my phone and properties I am linked to, so if there is a 999 call linked to any of them there will be a rapid response. I have moved out of the home because I feared an attack.

“We are still together as a family though Kelly and me are not living together. But I’m still seen by some people as the one who caused Amber’s death.

“The documentary is the only way I have to clear my name.”

He has abandoned his plumbing business and become a video-maker and photographer while on a media degree course.

Peat, who was jailed in 2014 for a tax fiddle, said: “I don’t want to say which one but I have been doing freelance video and digital work for one of the biggest companies in the world. I have already started my documentary about Amber’s case. I’ve given up the plumbing business and am now in the media world.

“I’ve kept every scrap of evidence and document concerning Amber and I intend setting the record straight by getting my side of the story out, presenting it myself, which I was not able to do despite giving evidence at the inquest.

“We have the use of a studio and we are looking at doing a three-part documentary which we will then air, but we are not sure where yet.

“Kelly will not be involved. It will be just me, though I haven’t chosen a title yet.

“I will highlight all the mistakes and failings in the lead-up to Amber’s death and it will include information I have gathered.”

He added: “I wont make anything out of it.

“I would not want to profit from my daughter’s death.”

During the inquest he denied allegations in a health report that he was a compulsive liar.

The inquest was told Amber, who moved home 11 times in her short life, had been through an emotional rollercoaster.

During the first two months of 2014, Amber ran away from home twice. On one occasion she turned up in the cold and rain at her school at 9pm.

The head of year called her parents but was told they were busy with their dog, who was in labour, and could not pick their daughter up. Kelly believes her daughter had not intended to kill herself, but had “wanted to make a mark to show her friends”.

She said: “There was a lot of competition at school at that time with self-harming when kids were cutting themselves and harming themselves. I think she had every intention of coming home.”

After her death, police discovered Amber had twice been seen tightening a tie and a scarf around her neck in the previous months.

On one of those occasions she said: “I hate my life, I want to die.”

A solicitor for Amber’s mum said after the inquest: “Like all parents, Kelly knows she is not perfect but she has done, and continues to be, the best parent she can for her children.” 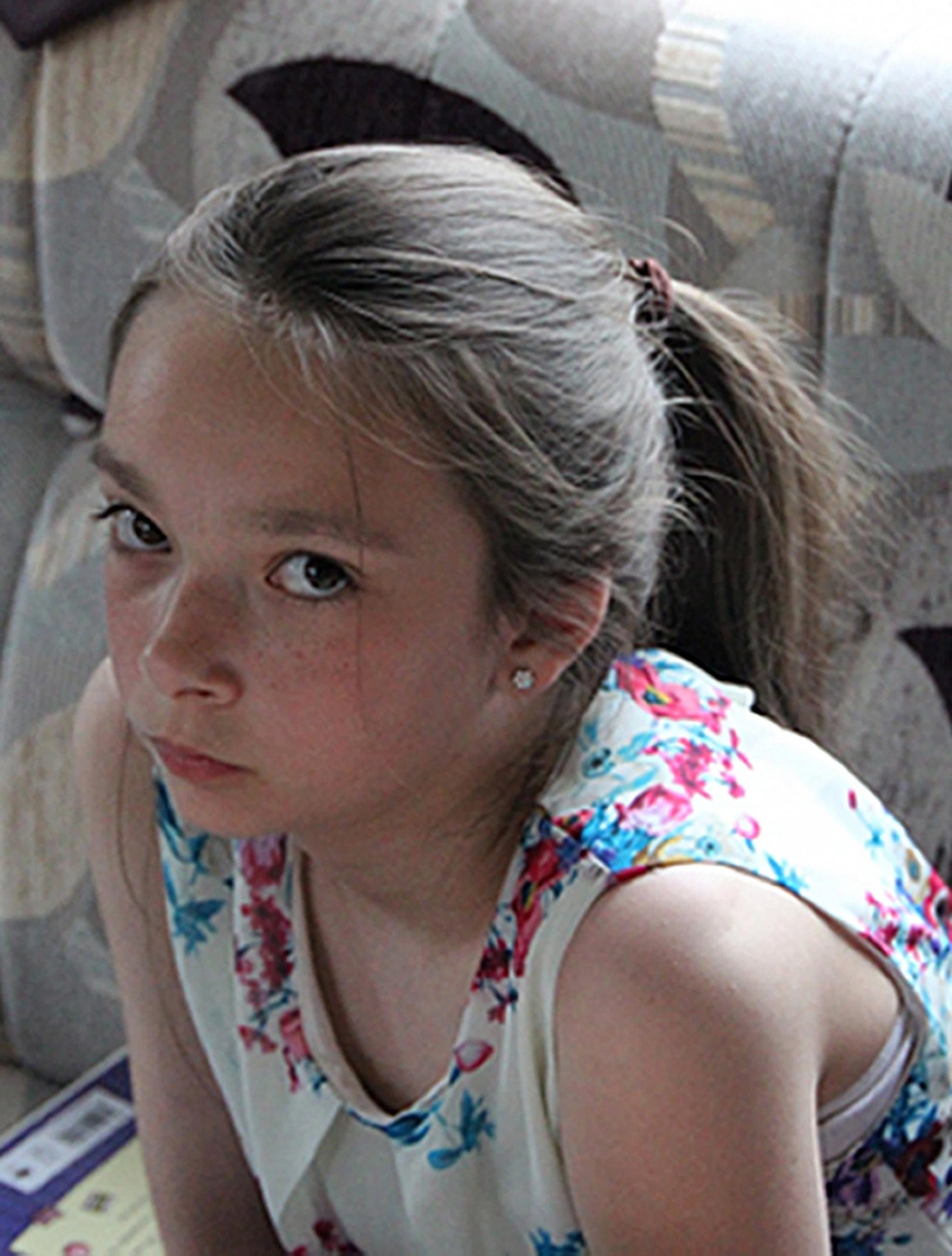 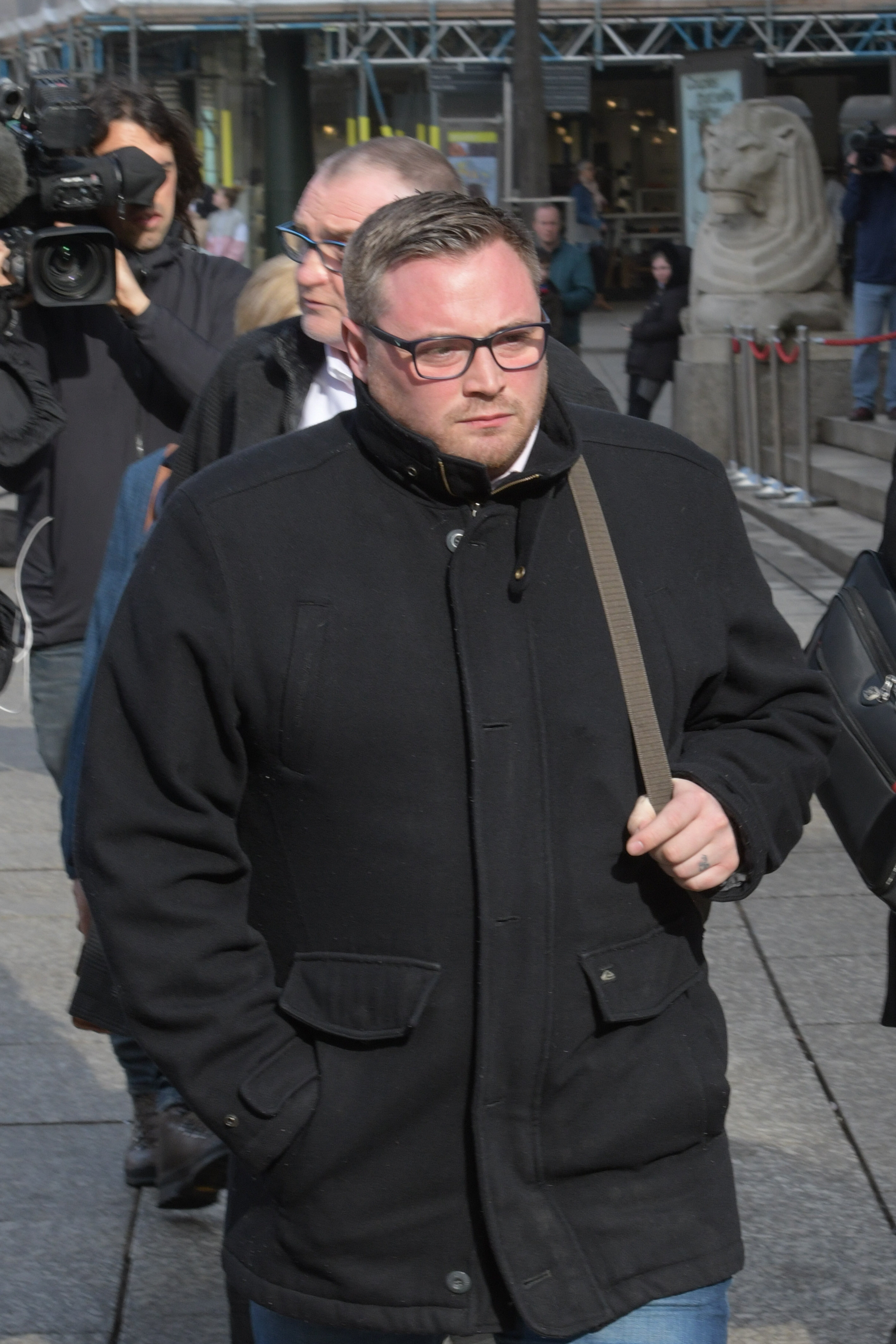 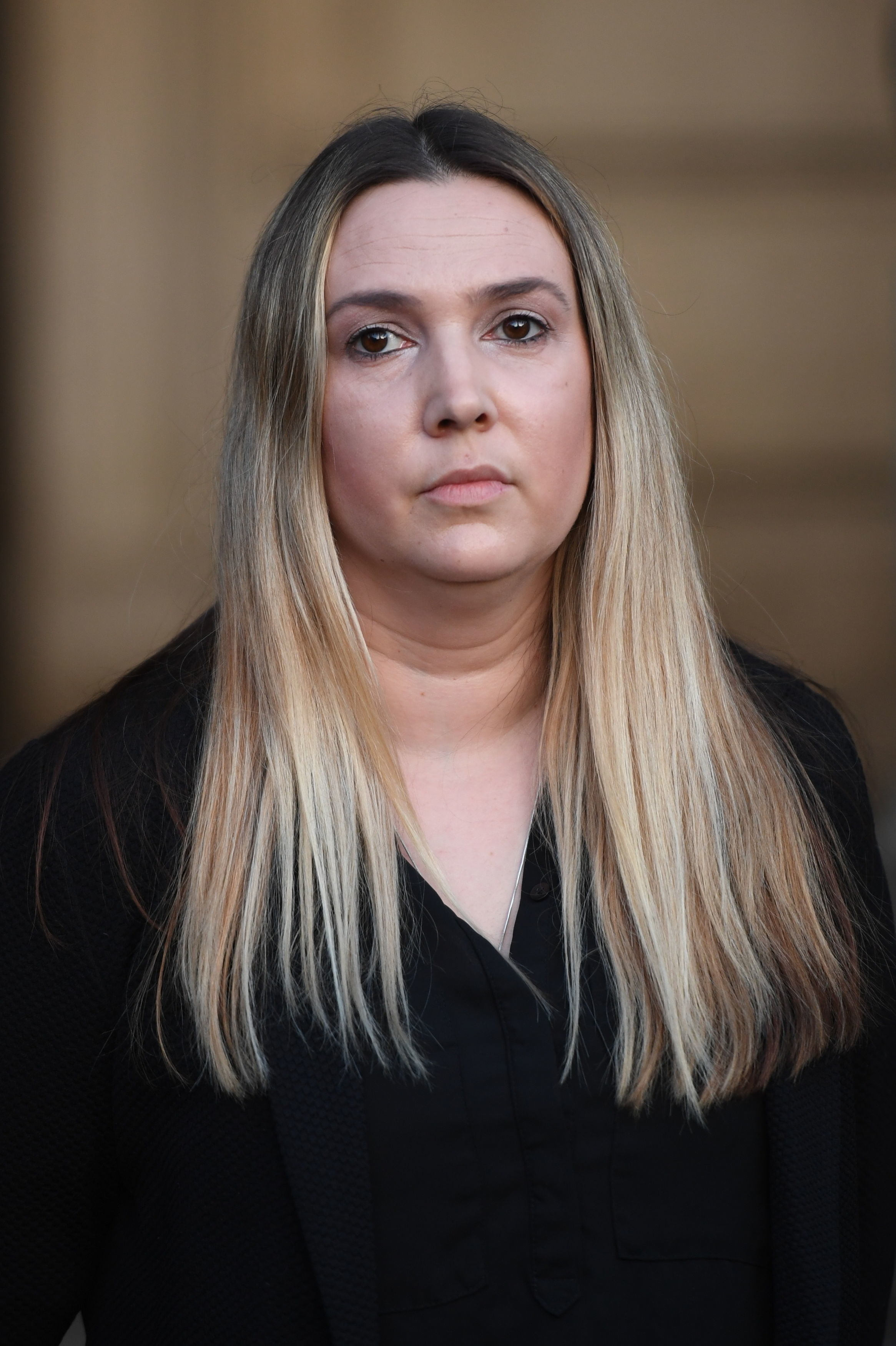 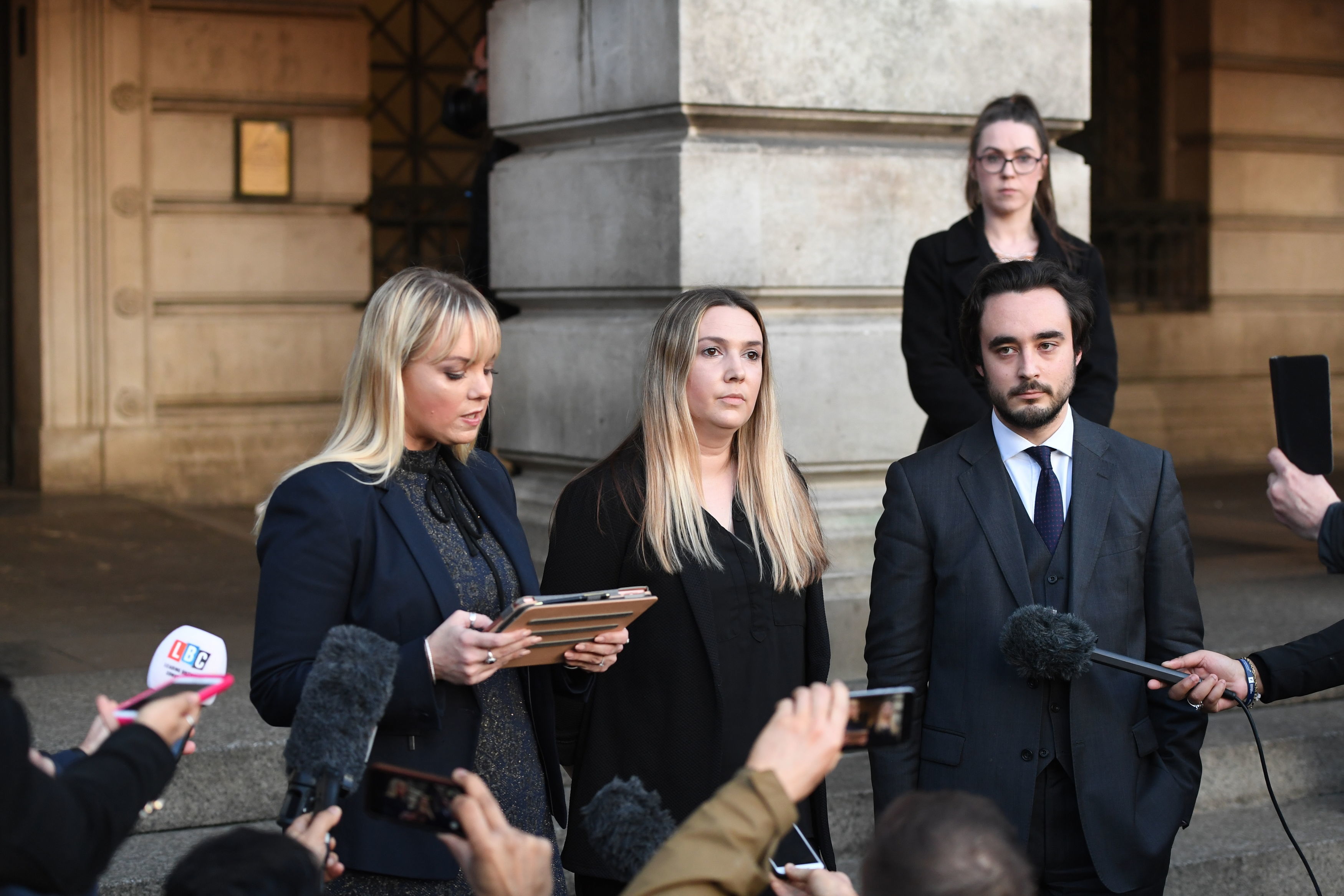 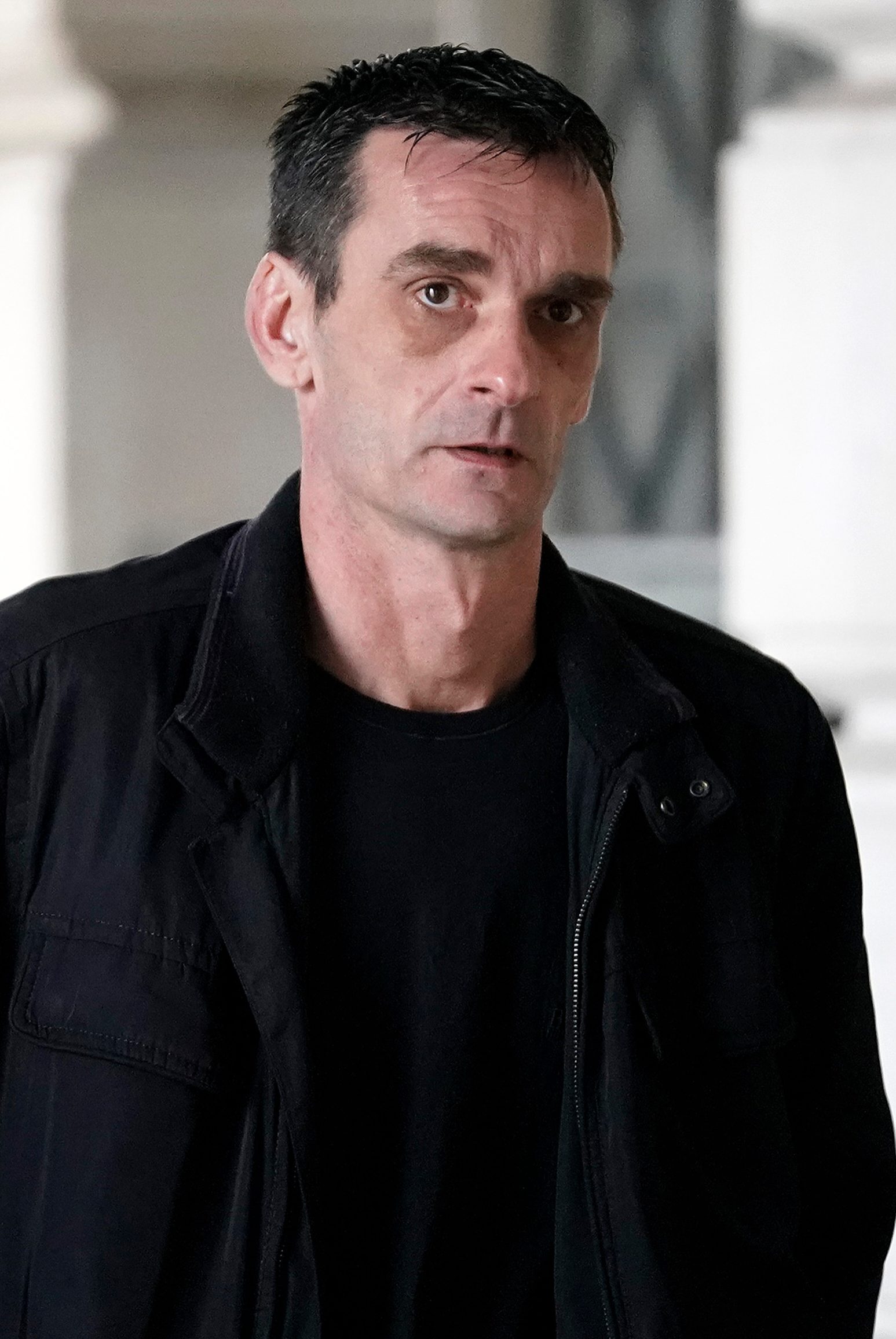 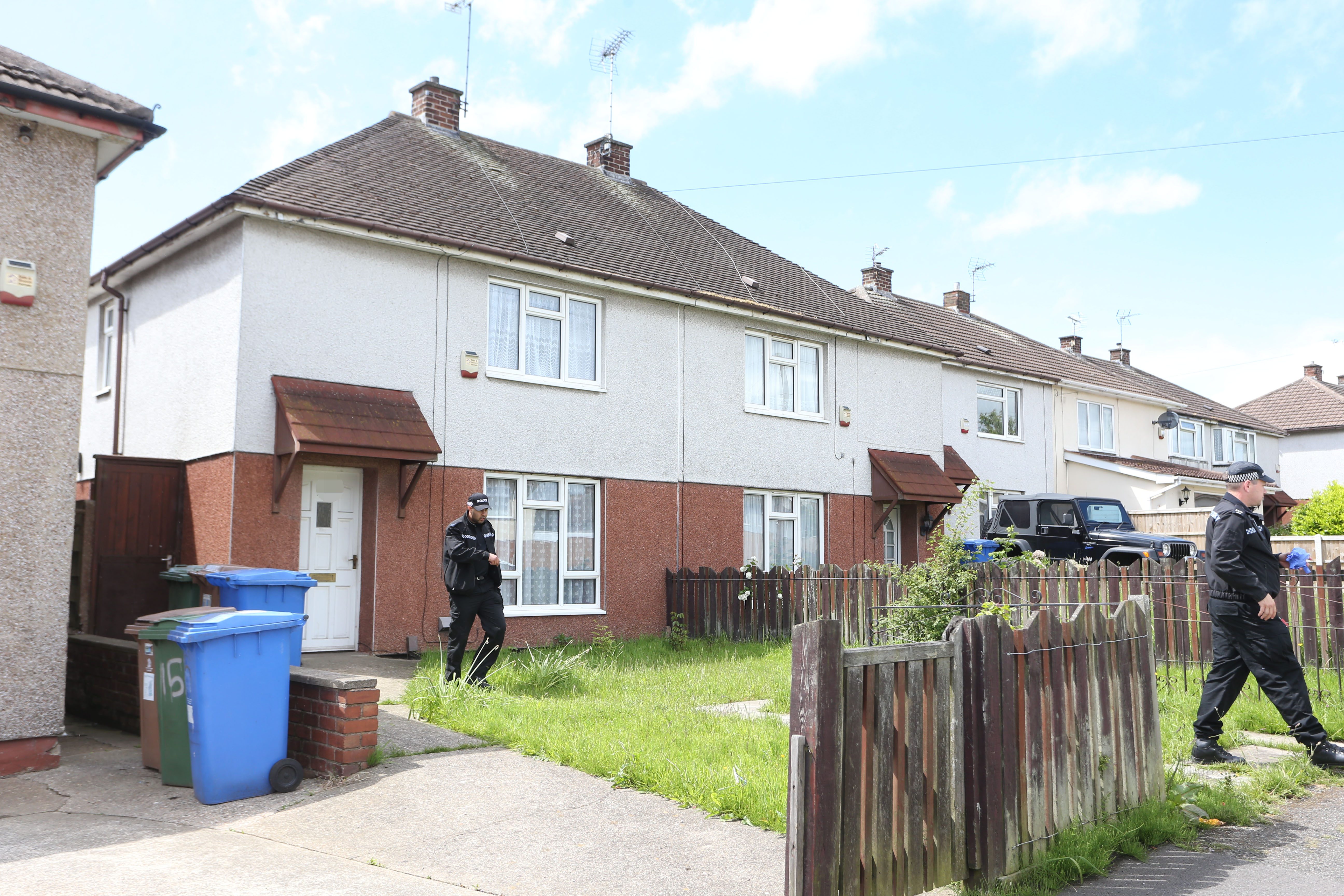