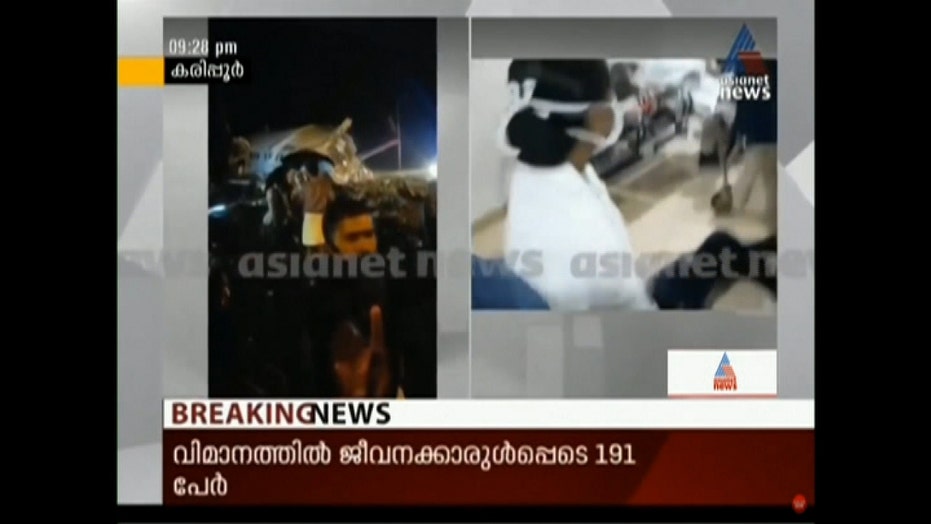 Raw video: Air India Express flight from Dubai with 190 people on board reportedly skids off runway in Kozhikode.

At least 14 people are dead and 123 people injured after an Air India Express flight with 190 on board skidded off a runway and split in two while landing Friday in heavy rain in southern India, police said.

Abdul Karim, a police officer, said the dead included one of the pilots. He said at least 15 of the injured were in critical condition.

The repatriation flight, carrying Indian citizens who'd been stranded abroad due to the coronavirus, was landing in Kozhikode, in southern India, from Dubai when the incident unfolded. 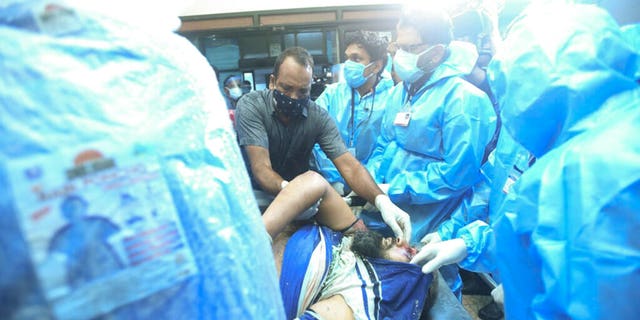 One of the injured after an Air India Express flight skidded off a runway while landing at the Kozhikode airport is brought for treatment to the Medical College Hospital in Kozhikode, Kerala state, India. (AP Photo)

Rajiv Jain, a spokesman for the Civil Aviation Ministry, said that despite the Boeing 737 aircraft breaking apart, there was no fire reported.

"There are 174 passengers, 10 infants, two pilots and five cabin crew onboard the aircraft. As per initial reports, rescue operations are on and passengers are being taken to hospital," Jain said, according to reports by India TV News.

The Directorate General of Civil Aviation (DGCA) said in a statement that the plane was landing on Runway 10 at the Kozhikode airport and continued running to the end of the runway before it fell down into a 30-feet valley and broke apart. 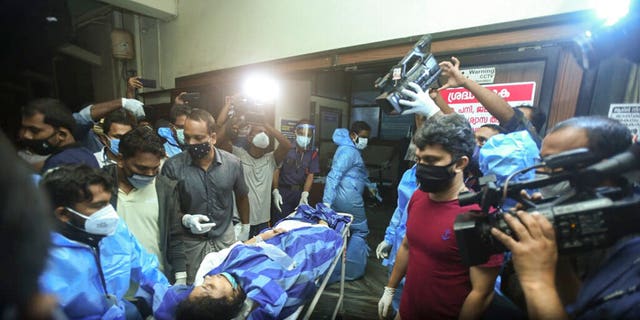 The airport was described as a tabletop airport, where the runways are located on hilltops, creating the optical illusion of being at the same level as the plains below when a pilot comes in for landing, The Indian Express reported.

Kerala also has been facing an onslaught of heavy rain and thunderstorms in recent days due to monsoons and officials believe low visibility may have contributed to the crash.

“The incident happened because of heavy rains and poor visibility. This is truly devastating,” Amitabh Kant, head of the government's planning commission, told NDTV.

Union Home Minister Amit Shah directed the National Disaster Response Force (NDRF) to aid officials in rescue efforts and 24 ambulances were dispatched to the site, according to local reports.

"Distressed to learn about the tragic accident of Air India Express aircraft in Kozhikode, Kerala. Have instructed NDRF to reach the site at the earliest and assist with the rescue operations," Shah tweeted.

This is a developing story. Please check back for updates. The Associated Press contributed to this report.