It seemed weird when news broke on Monday that the Las Vegas Raiders were interviewing coach and general manager candidates without making a decision on the people who were in those jobs. Then more news broke that the Raiders had made a decision to find a new GM.

Earlier Monday, the Raiders requested a head coaching interview with New England Patriots linebackers coach Jerod Mayo and a GM interview with Patriots director of player personnel Dave Ziegler, according to ESPN's Adam Schefter. Rich Bisaccia, the interim head coach who just led the Raiders to the playoffs, is still reportedly a candidate for the permanent job.

The Bisaccia situation was different than Mayock because he's an interim. He took over for Jon Gruden when Gruden resigned under pressure due to insensitive emails that were made public. Interims aren't guaranteed anything, not even after making the playoffs through some rough circumstances. By all accounts Bisaccia has a shot at the permanent job, but the Raiders have an opportunity to look around.

The Raiders asking for GM interviews before officially firing Mayock was a bit strange. They also are expected to request an interview with Colts assistant general manager Ed Dodds, according to Rapoport. Mayock, who was hired by the Raiders after a high-profile stint as a draft analyst on NFL Network, had some good picks and some really bad misses during his time as GM. He made picks like receiver Hunter Renfrow in the fifth round, but also Clelin Ferrell fourth overall. Renfrow became one of the best slot receivers in football while Ferrell has eight sacks in three seasons. Not long after news of the new GM and coach interviews was broken, Mayock's firing was reported too.

There will be some big changes in the Raiders' organization this offseason. Mayock is out. We'll see if Bisaccia will stick around. 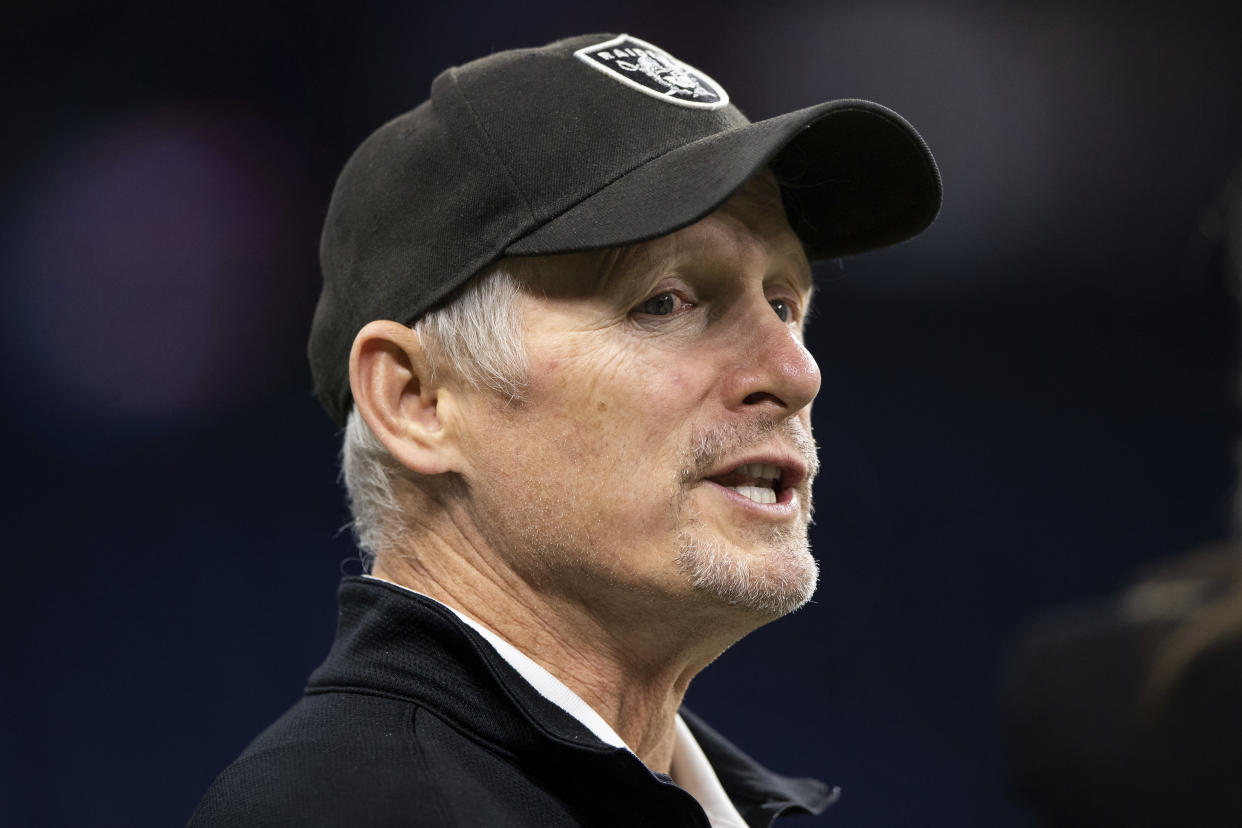