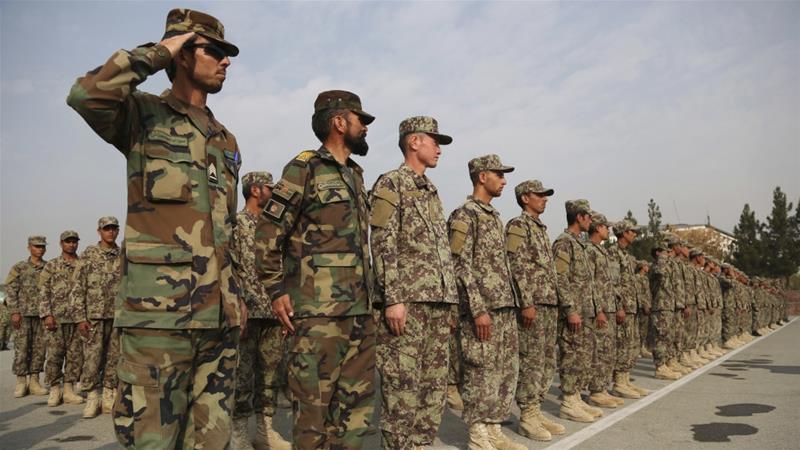 The Taliban fighters have killed at least 14 Afghan soldiers and taken another 21 captive overnight in coordinated attacks in the western Herat province of Afghanistan, according to an official.

The fighting lasted for six hours before reinforcements arrived and repulsed the fighters early on Friday – but not before they had captured 21 troops, Mohebi said.

But the Defence Ministry’s spokesman, Ghafor Ahmad Jaweed, put the number of army dead and wounded at 10. The different accounts couldn’t immediately be reconciled.

Taliban spokesman Zabiullah Mujahid posted a video on Twitter allegedly showing the captive soldiers inside a room. Al Jazeera could not independently verify the authenticity of the video.

The surge in violence comes as the United States is pushing for a peaceful resolution of the 17-year-old conflict, while the Taliban has increasingly asserted control over vast tracts of the country.

The Trump administration is holding direct talks with the Taliban, which was toppled following a US-led invasion in 2001. Taliban officials have held three days of talks with US special representative for Afghanistan Zalmay Khalilzad in Qatar, aimed at renewing the peace process.

Last month, President Ashraf Ghani formed a 12-member team to hold peace talks with the Taliban as his government tries to bring peace ahead of next year’s presidential elections.

Ghani had earlier said that 28,529 Afghan security forces had been killed since the start of 2015, a figure far higher than anything previously acknowledged. That is an average of around 20 soldiers killed every day.

The US watchdog Special Inspector General for Afghanistan Reconstruction (SIGAR) said the killings have contributed to the high rate of attrition and low morale among the security forces.

Lieutenant General Kenneth Mckenzie, a top US general, told members of the Senate on Tuesday that the death toll will no longer be sustainable unless urgent measures were taken to address recruiting and training issues.

A US Congress-mandated watchdog estimates that nearly half of Afghanistan is either under Taliban control or the armed group’s influence. Washington has committed $4bn a year to finance, train and outfit Afghan forces.

The war has cost the US about $1 trillion since the 2001 overthrow of the Taliban and even though most of the funds have gone for security, the situation continues to deteriorate in much of the country.