In tweets from several years ago, Hart made several homophobic remarks that led to the controversy and withdrawal. 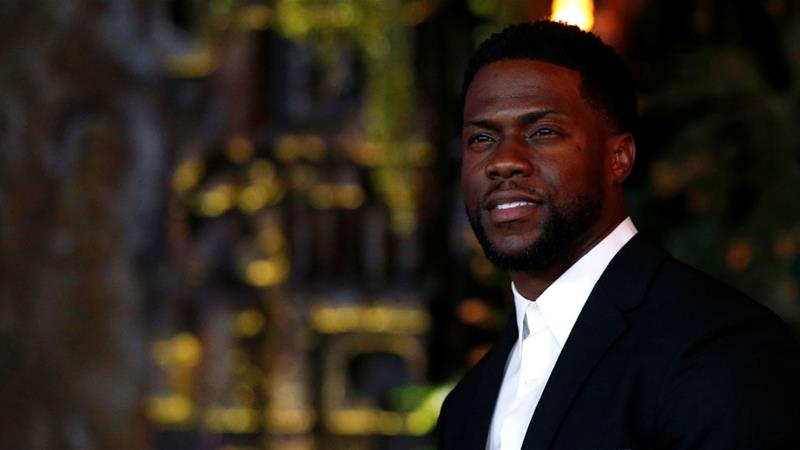 Actor and comedian Kevin Hart announced on Friday he would back out from hosting the Academy Awards after homophobic tweets from several years ago surfaced.

The Academy Awards, also known as the Oscars, are the world’s most important film awards handed out each year.

Hart, who starred in ‘Ride Along’ and ‘Jumanji: Welcome to the Jungle’, said he stepped down because he did not want to be a distraction during the event and that he apologised to the LGBTQ community.

The 39-year old also said he had grown as a person since then and that he now is a different man.

Before he withdrew, Hart had previously said he did not want to apologise, after the Academy of Motion Picture Arts and Sciences, which organises Hollywood’s annual Oscar awards ceremony, asked him to.

In a video posted on Instagram, Hart had said he had grown since he posted the controversial tweets.

“The reason why I passed is I’ve addressed this several times… I’ve said where the rights and wrongs were. I’ve said who I am now versus who I was then. I’ve done it, I’m not going to continue to go back, ” Hart said.

“We feed on Internet trolls and we reward them. I’m not going to do it. I’m going to stand my ground,” he added.

“Regardless Academy, I’m thankful for the opportunity. If it goes away, no harm, no foul.”

In the tweets stemming from 2009 and 2011, Hart made several homophobic comments, including one in which he said he would not accept it if his son said he was gay.

“Yo if my son comes home & try’s 2 play with my daughters doll house I’m going 2 break it over his head & say n my voice ‘stop that’s gay,” Hart wrote in the tweet.

Another tweet read “Why does @wayne215 have so many pictures of me in his phone!!! What ru some type of FAT FAG that takes pic of small black men all day?”.

Hart used the homophobic language until 2011, the year he had his mainstream breakthrough.

The Academy announced Hart as the host of the 2019 Oscars on Tuesday, but after the tweets surfaced, a campaign was started by LGBTQ groups for the Academy to rescind the invitation to host.

The comedian deleted some of the tweets, but refused to apologise, eventually leading to his stepping down as host.

The Oscars have attracted stinging criticism in recent years over a lack of diversity among nominees and winners, with critics arguing that the awards do not reward the accomplishments of women and people of colour enough.

After that controversy, which took on the hashtag #OscarsSoWhite, the Academy pledged to double its membership of women and minorities by 2020.

Hart’s withdrawal is not the first time a Hollywood celebrity has had to step down over old tweets. Earlier this year, Guardians of the Galaxy director James Gunn was fired by Disney after several social media posts surfaced in which he joked about the 9/11 attacks, the holocaust and rape.

Following his dismissal, Gunn said he had since “developed as a person” and apologised for his comments.