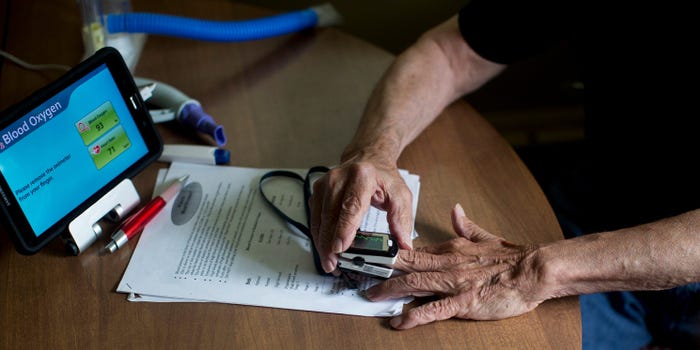 The owner of a Texas hospice chain orchestrated a $150 million scheme where he told thousands of patients they had fewer than six months to live in order to enroll them in hospice programs, the US Department of Justice said on Wednesday.

Mesquias was the owner and operator of Merida Group, a large healthcare company with dozens of locations in Texas. He operated his fraud scheme from 2009 to 2018.

Mesquias did not operate alone. According to the DOJ, Mesquias conspired with Henry McInnis, the CEO of Merida Group, and Dr. Francisco Pena, the former mayor of Rio Bravo and medical director of the Merida Group. Pena died in November from COVID-19, according to the Laredo Morning Times.

Evidence presented at Mesquias' trial showed Mesquias and the Merida Group marketed their hospice programs as providing care that "you don't have to die to use." Hospice services require patients to have a terminal illness with an expectation of death within six months, but the DOJ said Merida Group's patients were still driving, working, and even coaching sporting events.

Several times, the Merida Group falsely told its patients that they had less than six months to live, sending in chaplains to lie to the patients, discuss last rites, and prepare them for imminent death.

According to the DOJ, Pena said "the way you make money is keeping them alive as long as possible." If an employee refused to join in on the scheme, the DOJ said Mesquias told employees not to discharge patients from hospice services so they would not "[expletive] with his money."

Mesquias and co-conspirators also created fraudulent medical records. Fake patient diagnostics presented to a federal grand jury were created to make it appear that Mesquias' patients were dying, when in actuality they were not.

The jury found that Mesquias also laundered the money from his fraud scheme, which he later used to purchase luxury vehicles, jewelry, and even bottle service at Las Vegas nightclubs where he gave tens of thousands of dollars in alcohol to physicians in exchange for medically unnecessary patient referrals.

"Mesquias' scheme included paying kickbacks to physicians and fraudulently enrolling vulnerable beneficiaries in hospice care that prevented them from accessing curative care – all done to steal millions of dollars from Medicare to fund lavish personal spending," Miranda Bennett, special agent in charge of the US Department of Health and Human Services Office of Inspector General's Dallas Region, said in a statement. "This victimization is intolerable, and our investigators and law enforcement partners will continue to work hard to bring such criminals to justice and to protect those relying on federal health care programs."