This home may look like an ordinary residence from outside, but the interior is much more special.

With mint green tiles, pink velvet wallpaper and retro furniture, it’s like a time capsule for the kind of home Hollywood starlets like Marilyn Monroe or Elizabeth Taylor might have lived in.

It’s not in California, however, but Colorado – and its unique features have attracted a great deal of interest since it was recently listed for sale.

The Englewood property, which was built in 1952 and has three bedrooms, two full bathrooms and five partial bathrooms, is on the market for $1.3 million. 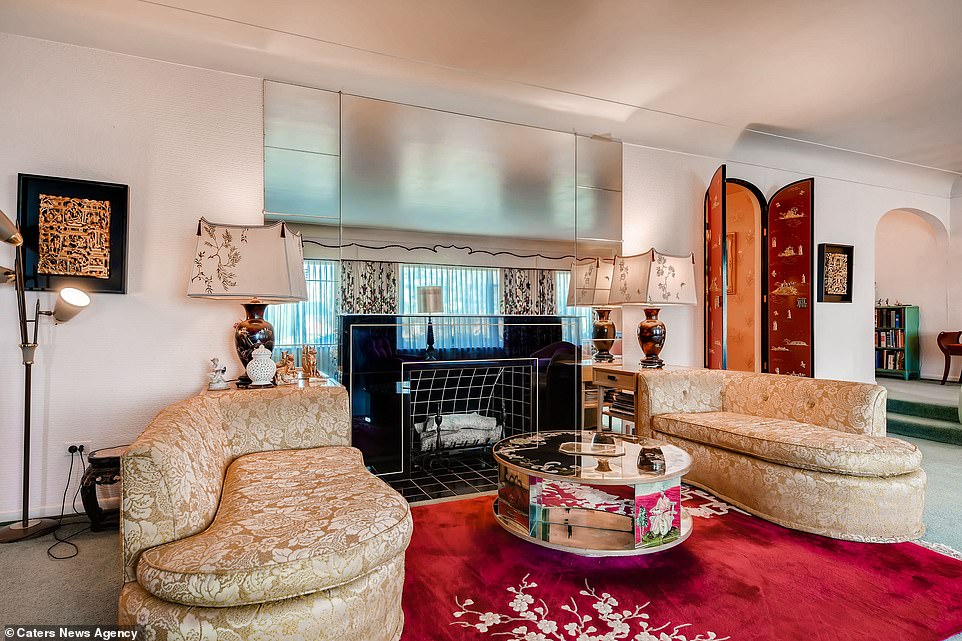 A 50s-style home with three bedrooms gone on the market for $1.3million in Englewood, Colorado. Pictured, the living room 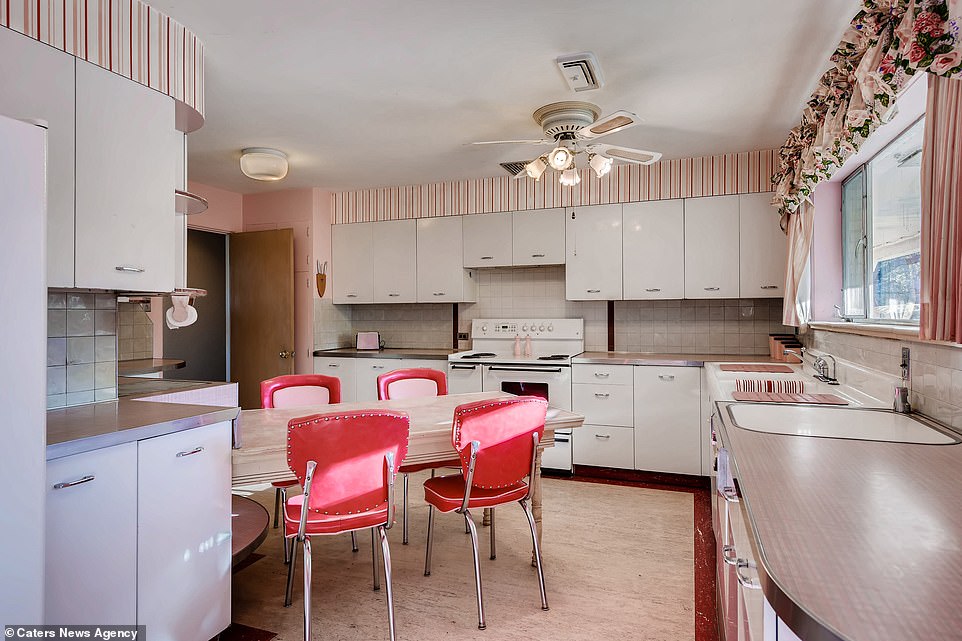 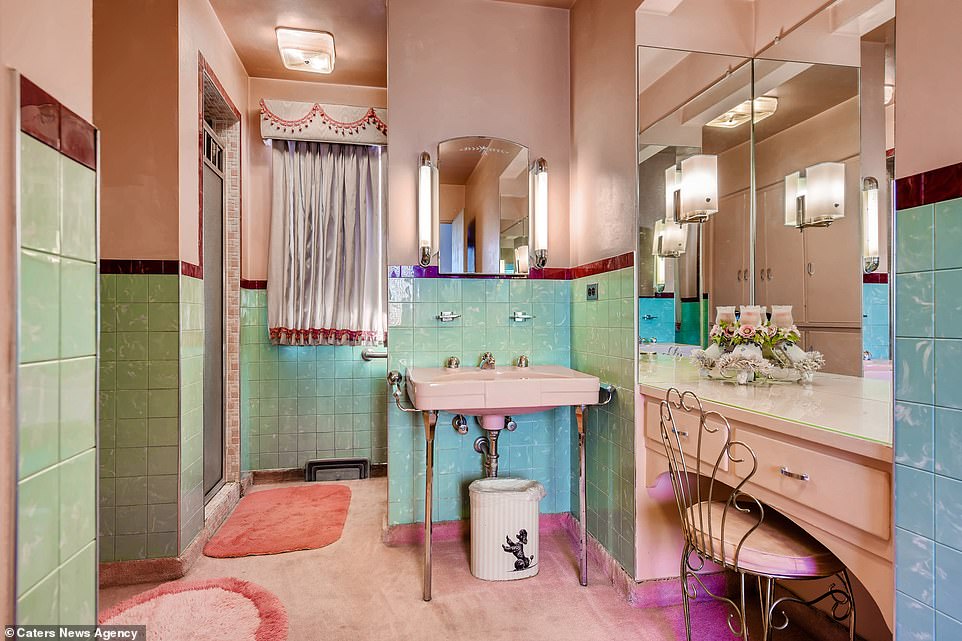 With mint green tiles and vintage features, the home looks like it could have belonged to a Hollywood movie star in the 1950s. Pictured, one of the bathrooms

Other elements that add to its vintage party pad appeal include a swimming pool, which listing agent Jackie Stratton says is tough to come by in the state.

Stratton, of Keller Williams Realty, said the ideal buyer for such a property would be someone who is attracted the mid-century modern architecture.

She also says the property is a great investment opportunity as someone with a few hundred thousand to put into the property could easily turn it into one worth around $2million.

The original owner of the home had it built in 1952 and lived in the same location until she died in February. She worked as a flight attendant and was a world traveler. 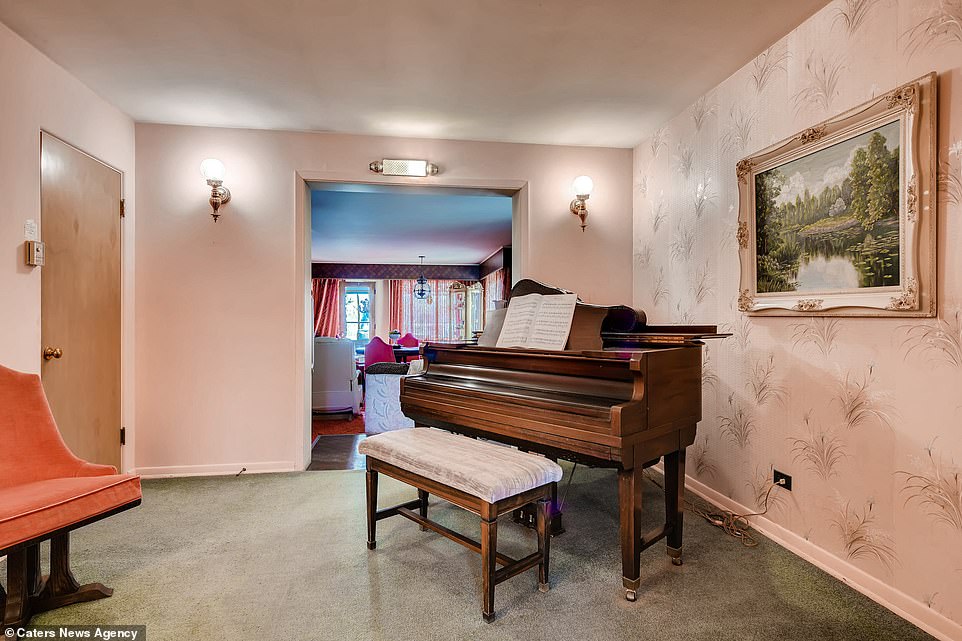 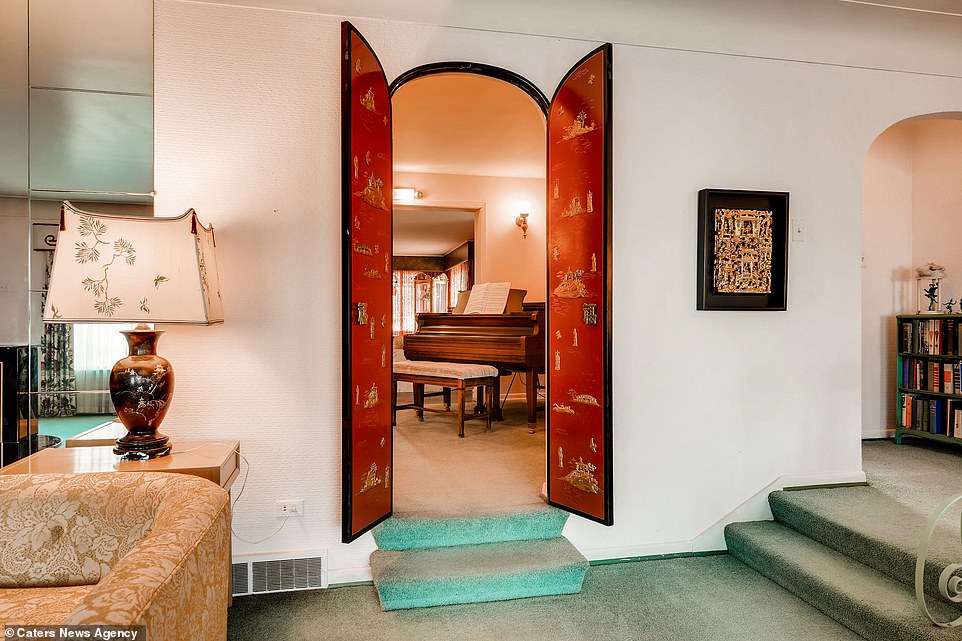 Stratton, of Keller Williams Realty, said the ideal buyer for such a property would be someone who is attracted the mid-century modern architecture 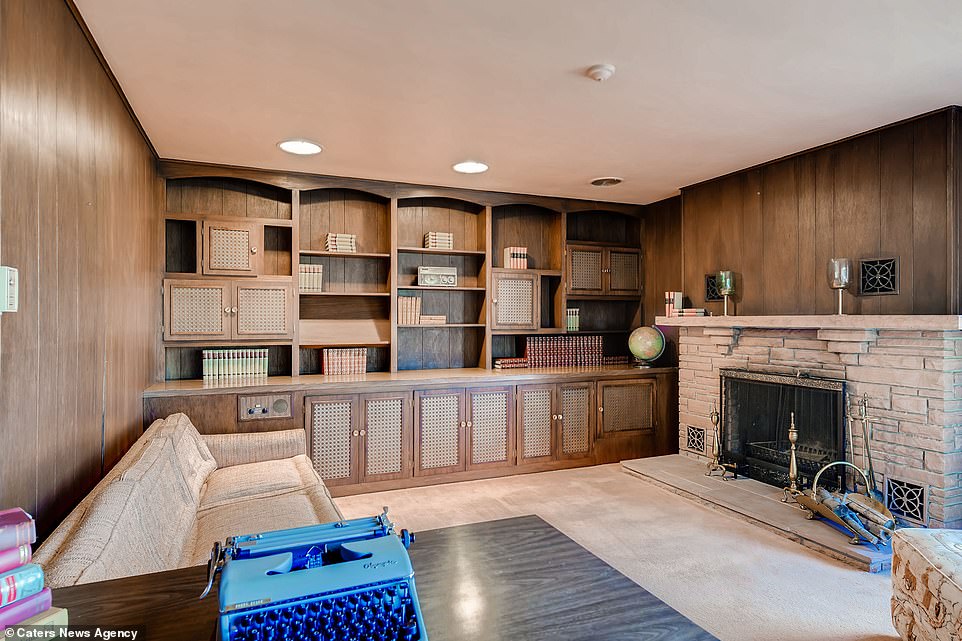 ‘I call this my time capsule listing. The property is the epitome of mid-century modern glamour – it reminds me of a Hollywood movie star’s home,’ Stratton said.

‘It felt like I was going back in time, to an era I’ve never personally experienced, but have always been fascinated by.

‘The pink velvet wall papered bathroom, along with the awesome den and are my favorite spaces in the home. I hope they stay in the home for years to come – timeless style.’ 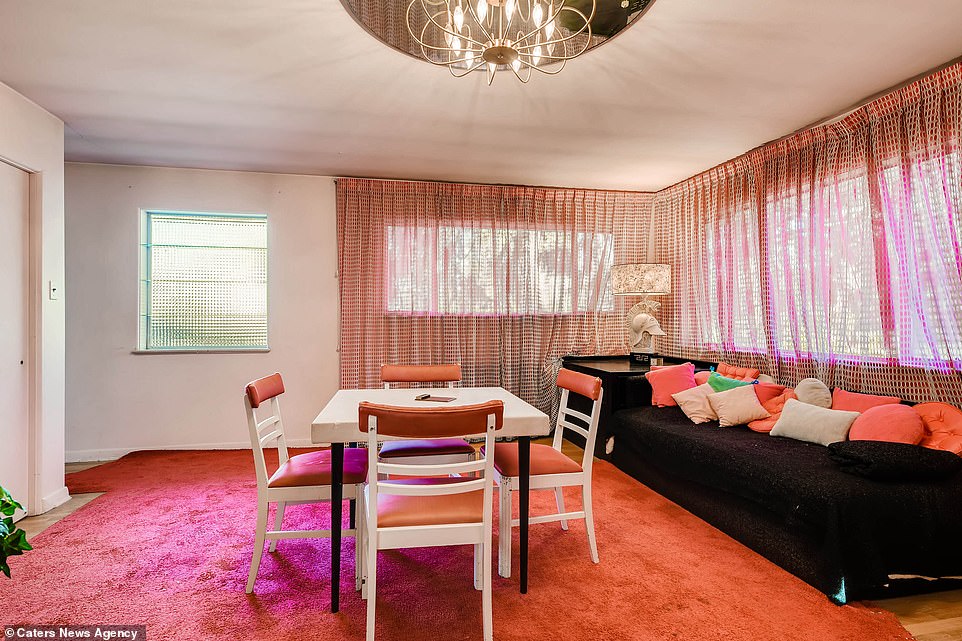 Jackie Stratton, of Keller Williams Realty, said the property would be a great investment opportunity for a prospective buyer 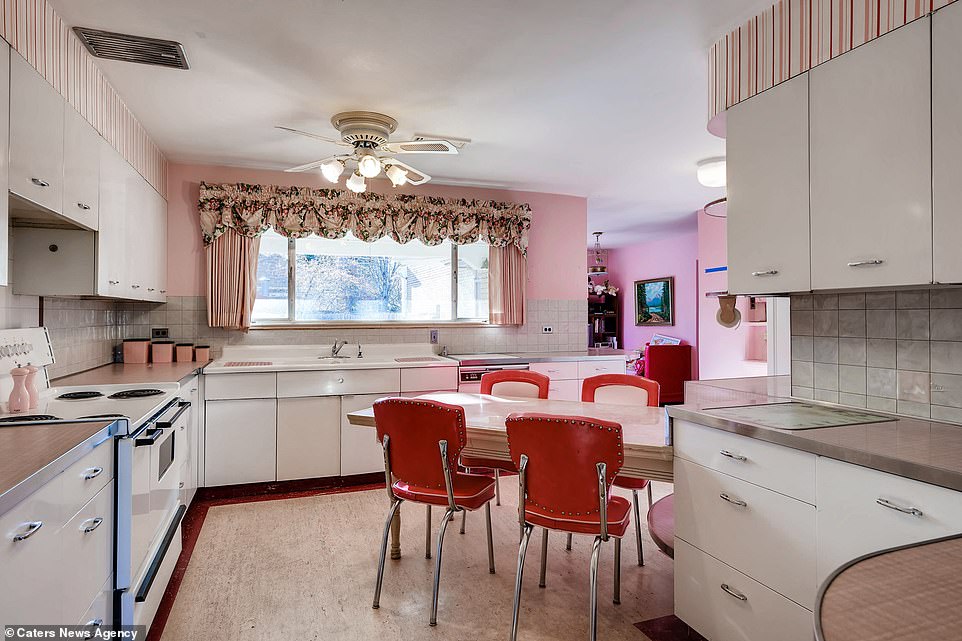 The kitchen of the Cherry Hills Heights property, lovingly cared for by its former owner, also has a very retro feel 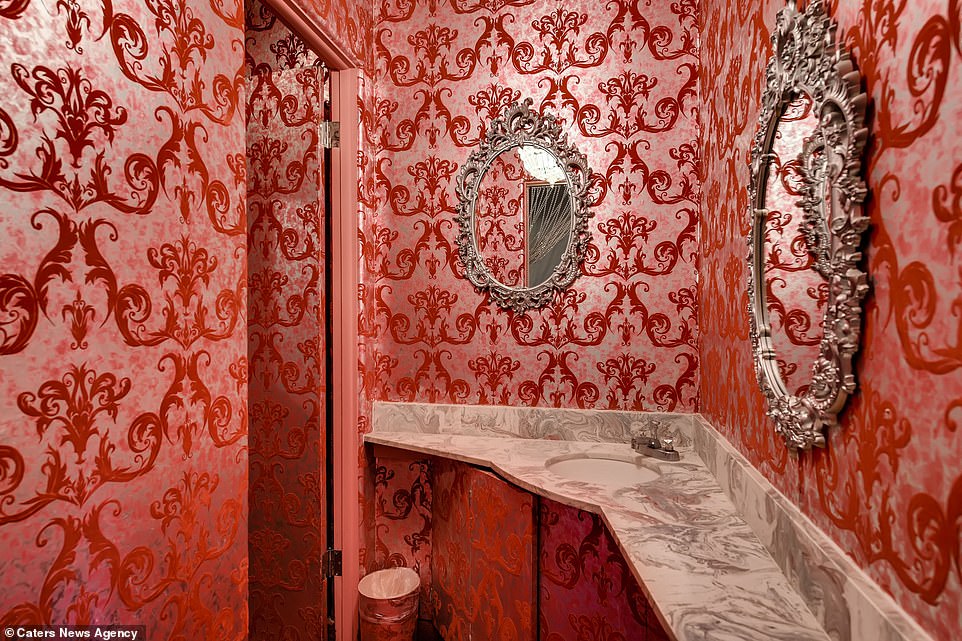 Pink velvet wallpaper is another retro touch in one of the property’s bathrooms. This one also features some ornate mirrors 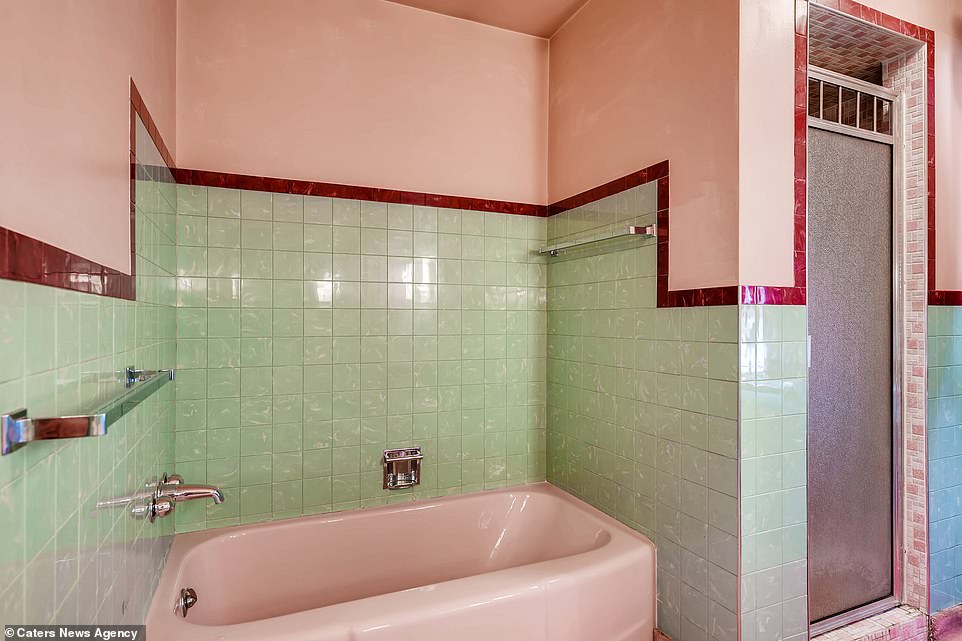 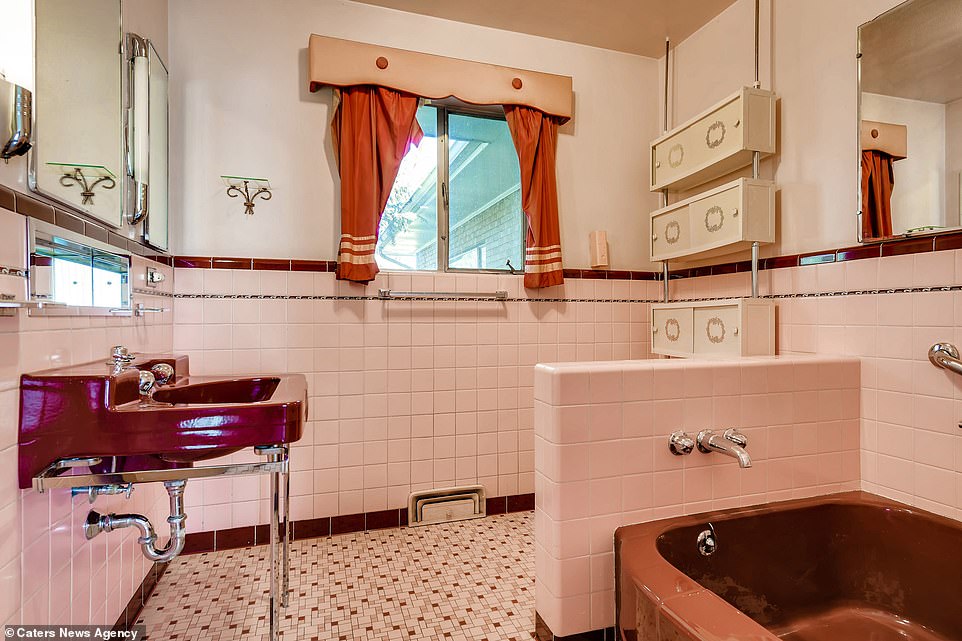 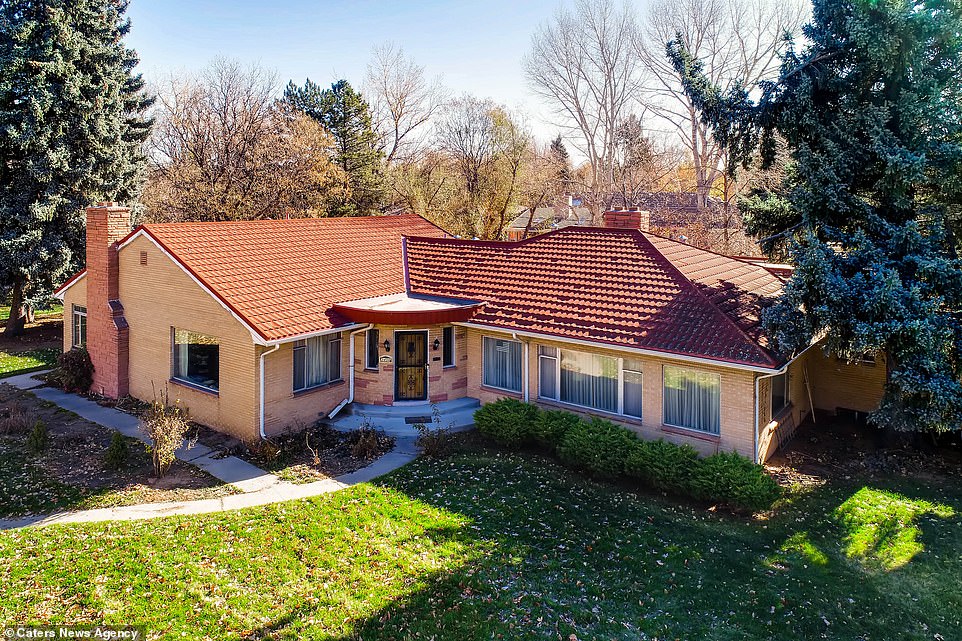 The sprawling residence is located in Cherry Hill Heights in Englewood, Colorado, and also has a swimming pool