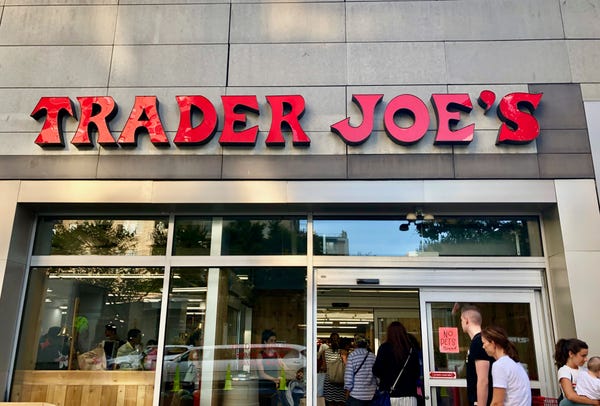 A white man who told police officers he was responsible for the fatal shooting of a Black panhandler outside a Trader Joe's in Baton Rouge, Louisiana, was released after the police interview.

It wasn't until Tuesday that police issued an arrest warrant for Jace Boyd, 24, in connection with the death of Danny Buckley, 61. Boyd faces a second-degree murder charge and another for the illegal use of a weapon, police said in a statement.

"Investigators believe this incident occurred as a result of an altercation," police continued.

According to a police report obtained by the Advocate, Buckley was "aggressively harassing customers in the parking lot." The document did not provide other details about his behavior.

According to a police synopsis of the encounter obtained by Vice News, Boyd "advised that he shot Buckley." Still, detectives questioned Boyd but decided against arresting him until they investigated the incident further, the police report said.

Buckley was transported to a hospital, where he died. William "Beau" Clark, the coroner for East Baton Rouge Parish, told Vice News that Buckley's cause of death was a gunshot wound to the abdomen, while the manner of his death was a homicide.

East Baton Rouge Mayor-President Sharon Weston Broome issued a statement on Twitter on Tuesday, saying that she had asked Baton Rouge Police Chief Murphy Paul "to conduct a fair and transparent review of what happened," according to the Advocate.

The arrest warrant was issued within hours of Broome speaking out, the Advocate said, but the police department has remained tight-lipped about how the deadly incident unfolded and whether the shooting was justified.

"It's the position of the family that Mr. Buckley was the victim of a hate crime," attorney Ryan Thompson told the Advocate.

Representatives for the Baton Rouge police department did not immediately respond to Insider's request for comment.

What if the shooter was Black?

Attorneys representing Buckley's family say they doubt police would have acted the same way if a young Black man shot and killed an older white man.

Buckley couldn't have been aggressive as described by police, Thompson said, because he had medical issues that limited his mobility. The man was disabled and could "barely move," he told Vice News.

A 21-year-old white woman, who identified herself only as Kaylee, told local CBS affiliate WAFB that Buckley asked her for money. She believes that she was the last person he spoke to.

"He was like, you know, 'Hey, can I get some money?' And I didn't have any cash or anything. I just kept walking and I didn't engage with him," she said.

Neither requesting money nor speaking to someone should be "a death sentence," Kaylee told WAFB, adding that she made sure to tell police that "I never felt threatened as a young woman."

As Kaylee and her roommate headed to their car, she said she overheard Boyd speaking to Buckley, WAFB reported.

"He said, 'Hey, leave those girls alone.' Well then I got into my car because I don't like confrontation," she said.

That's when they heard a pop. Buckley was shot.

"In the South, in America, it is known that you do not talk to white women if you're a Black male. That was his crime," Thompson told Vice News, referring to the 1955 lynching of Emmett Till, who was accused of whistling at a white woman in Mississippi.