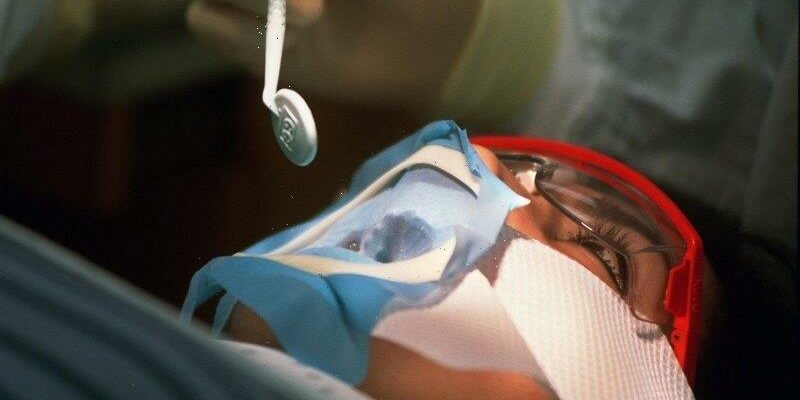 So the dentist in Jackson, Wisconsin, drilled into and broke his patients’ teeth in order to charge them for fixing the damage he’d caused, according to federal prosecutors. By doing so, Charmoli went from pulling in $US1.4 million ($1.9 million) and affixing 434 crowns in 2014 to raking in $US2.5 million and performing more than 1000 crown procedures a year later. 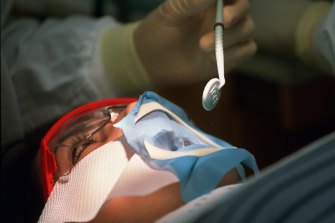 Scott Charmoli broke his patients’ teeth on purpose so that he could generate more profits.Credit:Quentin Jones

On Thursday, following a four-day trial, Charmoli, 61, was convicted of five counts of healthcare fraud and two counts of making false statements about his patients’ treatment. He’s scheduled for sentencing in June, when he’ll face up to 10 years for each of the healthcare-fraud counts and a maximum of five years on the other two convictions.

Charmoli’s attorneys didn’t immediately respond to a request for comment from The Washington Post. But when the dentist pleaded not guilty at his arraignment in December 2020, his lawyer said the only thing her client was guilty of was hard work.

“He certainly denies that his hard-earned wealth of many, many years of dental practice at the 40 to 60 hour per week range are the product of anything other than his own diligence, hard work and good business acumen,” defence attorney Nila Robinson said.

Charmoli had assets worth more than $US6.8 million at the end of 2020 and owned vacation properties in Wisconsin and Arizona, according to prosecutors, who allege he billed more than $US4.2 million for crowns between 2016 and 2019.

Starting in 2015, Charmoli badgered his patients into getting crowns they didn’t need, federal prosecutors alleged. After intentionally damaging their teeth, he submitted pictures and X-rays to insurance companies as “before” photos to justify the treatment required to fix the damage he’d just done.

One of those patients, Todd Tedeschi, testified that Charmoli persuaded him to get two crowns during one sitting, even though his teeth seemed fine, the Milwaukee Journal Sentinel reported.

“It seemed excessive, but I didn’t know any better,” Tedeschi said. “He was the professional. I just trusted him.”

Charmoli gave his patients more crowns – a procedure in which a dentist replaces a damaged or missing part of a tooth with a tooth-shaped cap – than 95 per cent of Wisconsin dentists from 2016 to 2019, according to federal prosecutors. At Charmoli’s trial, an insurance company executive testified that the average dentist in the state performs about six crown procedures per 100 patients, whereas Charmoli did more than 32, according to the Journal Sentinel.

A former dental assistant for Charmoli testified that traffic at his practice, Jackson Family Dentistry, picked up after they moved into a larger space and marketing experts encouraged him to push patients into paying for more services, the newspaper reported.

The assistant, Baily Bayer, said the shift in strategy made her uncomfortable and stressed; she ended up leaving the practice, according to the newspaper. Dentistry, she told jurors, “shouldn’t be a sales pitch. It should be you either need it or you don’t.”

After Charmoli was indicted in December 2020, more than 60 per cent reached out to prosecutors to report that they “strongly believe” he had purposely damaged their teeth, requiring them to cobble together “significant co-pays” for the repairs.

“Some of these patients were extremely vulnerable individuals in abusive relationships, recently widowed, survivors of cancer and living paycheck to paycheck scrounging to afford the co-pays required for the unnecessary procedures he was billing,” prosecutor Julie Stewart said in 2020.

Nearly 100 former patients have sued Charmoli for medical malpractice, the Journal Sentinel reported. Those proceedings have been held in limbo until his federal criminal case is over.

Charmoli’s methods were exposed after he sold his dental practice in 2019. The new owners, in reviewing his files, noticed the high rate of crown procedures. One reported his predecessor to authorities.

“The health and safety of patients is my highest concern as a doctor. As medical professionals, we take an oath to ‘do no harm’ to our patients, which is why I felt the ethical obligation to report activity that I believed to be suspicious,” Jackson Family Dentistry owner Pako Major wrote on the practice’s website.