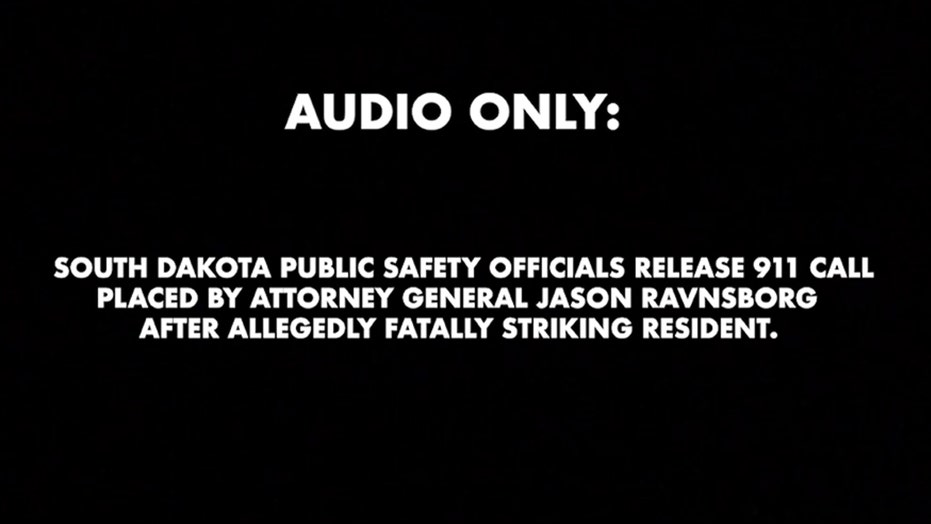 South Dakota public safety officials have released the 911 call placed by state Attorney General Jason Ravnsborg after he allegedly fatally struck a local resident, whom he said at the time he believed was a deer or another large animal.

“I’m the attorney general. And I am … I don’t know … I hit something,” Ravnsborg told a 911 dispatcher after crashing at approximately 10:30 p.m. on Sept. 12 on U.S. Highway 14 near Highmore in Hyde County, South Dakota, according to previously released information.

Ravnsborg said in a subsequent press statement that he later learned he had actually fatally struck 55-year-old Joseph Boever, whose family has repeatedly questioned the official’s account of what happened.

"The whole, 'I hit a deer' story is just a line of bulls—," Boever’s cousin Nick Nemec previously told Fox News. Boever’s other cousin Victor Nemec also told the Daily Mail Ravsborg was a “coward” for the way he had acted since the crash.

In a two-page statement released two days after the collision, Ravnsborg, 44, said he was on his way back from a dinner in Redfield – where he “consumed no alcoholic beverages before, during or after the event” – when his car struck that he believed to be “a large animal (likely a deer).”

In the 911 call, which lasted 2 minutes and 22 seconds, Ravnsborg said he didn’t know what he hit, but that it was “in the middle of the road.”

He later adds that he was able to get his car out of the roadway.

“It sure hit me,” he continues, according to the recording, “… smashed my windshield.”

When the dispatcher asked if Ravnsborg thought he hit a deer, he responded, “I have no idea.”

Ravnsborg further explained more details about his whereabouts and his car before the dispatcher told him the sheriff, who was on call, would be responding to the scene.

Boever's body was discovered Sunday morning "in the grass just off the roadway," Ravnsborg wrote in his subsequent statement.

Ravnsborg described how he and his chief of staff were driving to return Volek’s vehicle the morning after the crash when they stopped at the accident scene.

“As I walked along the shoulder of the road I discovered the body of Mr. Boever in the grass just off the roadway,” he wrote. “[I]t was apparent that Mr. Boever was deceased.”

The investigation is ongoing, and in the meantime, Ravnsborg has not been charged and is still permitted to work in his full capacity, Gov. Kristi Noem said during a Tuesday press conference. 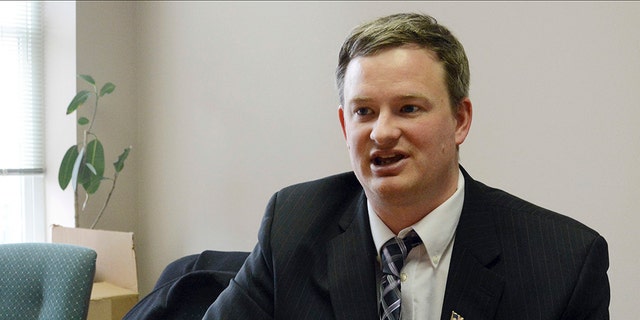 Craig Price, the secretary of public safety for the DPS, said Boever’s autopsy was conducted by Ramsey County, North Dakota, officials and has since been completed.

While the office was not yet releasing the full report, Price said preliminary results indicated there were “traumatic injuries due to a pedestrian motor vehicle crash. Injuries were extensive both internally and externally.” He said more information regarding the Boever’s autopsy would likely take weeks.

Price also said Ravnsborg also submitted to have his blood tested for any traces of substances – but did not submit to his test until approximately 1:30 p.m. on Sept. 13 – 13 hours after the crash. No alcohol or drugs were detected.

When asked, Price said the normal body typically dissipates “about .015% alcohol per hour.”

The Department of Public Safety is also working with a third party, an out-of-state crash reconstruction expert, Price said. The department has not yet released a crash report or any photographs from the crime scene, noting that the investigation is ongoing.