55,000 thank yous! That’s how many have signed up to the Mail’s campaign to clean up Britain in just two weeks

Nearly 55,000 public-spirited citizens have signed up to the Daily Mail’s campaign to clean up Britain.

The volunteer army will wage war on the litter blighting our towns and countryside.

Run in partnership with Keep Britain Tidy, the Great British Spring Clean was launched at the end of last month. But by 5pm last night, 54,587 of our readers had enlisted – enough to fill Liverpool FC’s Anfield stadium.

They will take part in litter pick-ups from March 22 to April 23 in what should be the year’s largest environmental event. 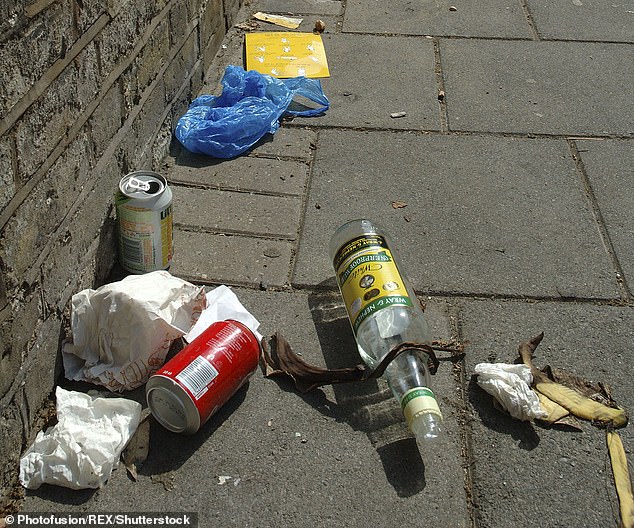 Michael Gove last night praised the campaign and its volunteers.

The Environment Secretary said: ‘Litter is a blight on society and chokes our rivers, marine environment and wildlife. 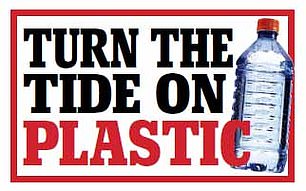 ‘I’d urge everyone to join me in signing up to take part, and spare a few hours to make a real difference in their community.’

The National Trust, the RSPCA and the Church of England have backed the campaign along with councils, schools and businesses.

Theresa May, Jeremy Corbyn, Sir David Attenborough and Prince William have all expressed their support.

Commenting on the surge in volunteers last night, Keep Britain Tidy chief executive Allison Ogden-Newton said: ‘It is wonderful to see this groundswell of support for the Great British Spring Clean from communities, local authorities and businesses. 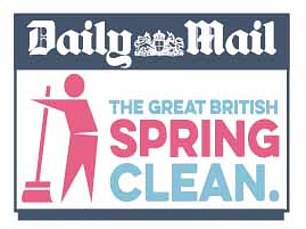 ‘After just two weeks, more than 50,000 people have already pledged their support and we are seeing the numbers rise steadily as we aim for our target of 500,000 volunteers taking action to clean up the litter pollution that blights our country.’

Julian Kirby, a plastics campaigner at Friends of the Earth, said: ‘It’s great news that tens of thousands of people across the country are showing their concern for the plastic that’s polluting our towns, cities and countryside by signing up to the Great British Spring Clean.’

The number of protests about uncollected rubbish has increased by a third in five years – coinciding with a large fall in council spending on bin rounds.

However, the 1.8million complaints across Britain last year may be far short of the true extent of missed bin collections, as not all householders report them.

The BBC gathered data from 336 of 391 local authorities responsible for bin collection, using Freedom of Information laws. It showed residents in England made 1.5million complaints in 2018, with 149,000 in Scotland, 92,000 in Wales and 33,000 in Northern Ireland.

Figures from the Ministry of Housing, Communities and Local Government show that spending on waste collection in England has fallen by £200million since 2010 to £890million. In the last five years, spending on recycling has fallen by £11million.

However, the Local Government Association, which represents councils, claimed 99.8 per cent of bin collections were completed without complaint last year.

In the Hyde Park area of Leeds yesterday residents said their bins have not been collected for a month.

One resident, Mariam Muse, said: ‘We see rats everywhere and it’s just not a nice place to live. The bins are overflowing and it’s really disgusting.’ Birmingham City Council has announced that bins will be collected fortnightly due to an industrial dispute .

Currently, general waste is collected weekly and recycling picked up every fortnight. The changes, blamed on strike action due to start on February 19, mean recycling may be mixed with general waste.

In Conwy, North Wales, where bins for 50,000 homes are collected just once a month, residents have complained of piles of stinking rubbish and neighbourhoods blighted by fly-tipping.

Martin Tett, of the Local Government Association, said: ‘With councils carrying out around 821million waste collections from households per year – not including recycling – these figures actually show that 99.8 per cent of bin collections were completed without complaint.’

However, he added: ‘Between 2010 and 2020, councils will have lost almost 60p out of every £1 the Government had provided for services and councils in England face an overall funding gap of £8billion by 2025.’

He added: ‘Ministers and businesses must build on this enormous enthusiasm with tougher measures to cut down on the pointless plastic that blights our lives and environment.’

Last year’s Spring Clean event prompted 370,000 volunteers to take to their streets, beaches and parklands to collect litter. It is hoped this year’s will be even bigger – with the aim being to recruit half a million.

Girl Guides and the Women’s Institute, as well as staff of major firms including Marks & Spencer, are taking part in the clean-up.

The idea is to give the country a thorough tidy and raise awareness of the dangers of dropping litter.

Leaving rubbish on the street is more than just unsightly.

Plastic can last in the land or sea for hundreds of years, and can harm wildlife which eats it or becomes entangled in it.

Paul Morozzo, a plastics campaigner at Greenpeace UK, said: ‘It’s fantastic to see more than 50,000 people ready to roll up their sleeves and help rid their communities of the scourge of litter, especially plastic.

‘If we want to tackle the problem at the source, we need to see businesses and government show the same enthusiasm for concrete action. Setting clear reduction targets for single-use plastics and introducing a bottle return scheme would go some way toward stopping the flood of waste polluting our streets, rivers and beaches.’

This week TV naturalists including Steve Backshall, Michaela Strachan and Bill Oddie threw their support behind the campaign. Backshall said: ‘I have seen first hand the damage litter can do to wildlife but this is something that isn’t just happening in far-off places.

‘Litter in our country kills or injures thousands of animals every year and once it goes into our seas the damage continues.’

The Daily Mail has long campaigned against the scourge of plastic in the environment.

This newspaper helped put pressure on politicians and businesses which led to the introduction of charges on single-use plastic bags and the ban on toxic plastic microbeads in cosmetics.

The number of volunteers signed up to this year’s Great British Spring Clean has now exceeded the 20,000 who took part in the Daily Mail’s Great Plastic Pick Up last year.

Our Christmas campaign with charity Helpforce recruited 30,000 readers who have offered to volunteer in the NHS. 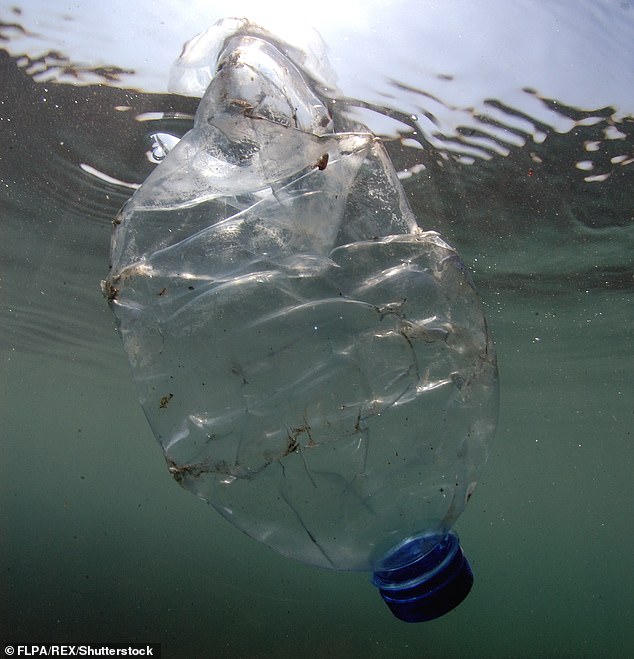 But by 5pm last night, 54,587 of our readers had enlisted – enough to fill Liverpool FC’s Anfield stadium (stock image)

Fly-tippers dumped eight tons of rubbish after stealing a skip from a derelict pub set to become a Raymond Blanc restaurant.

The skip had been outside the pub earmarked for a White Brasserie, the restaurant chain set up by the French celebrity chef.

Resident Derek Mason discovered the mountain of junk in a layby close to his home in Ovington, near Winchester, Hampshire. He said he saw from a distance a ‘tipper’ lorry reverse from a main road towards the layby, dump its load and drive off. 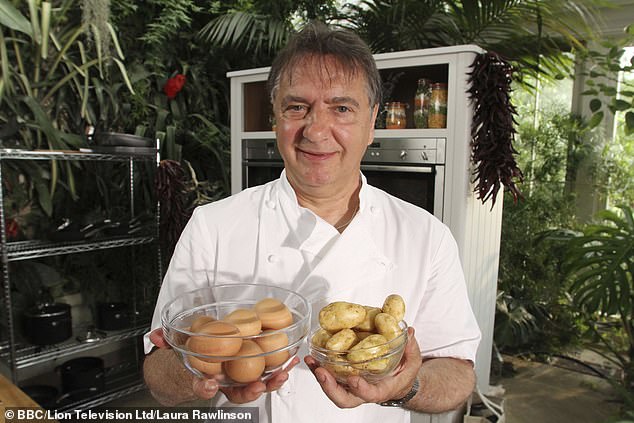 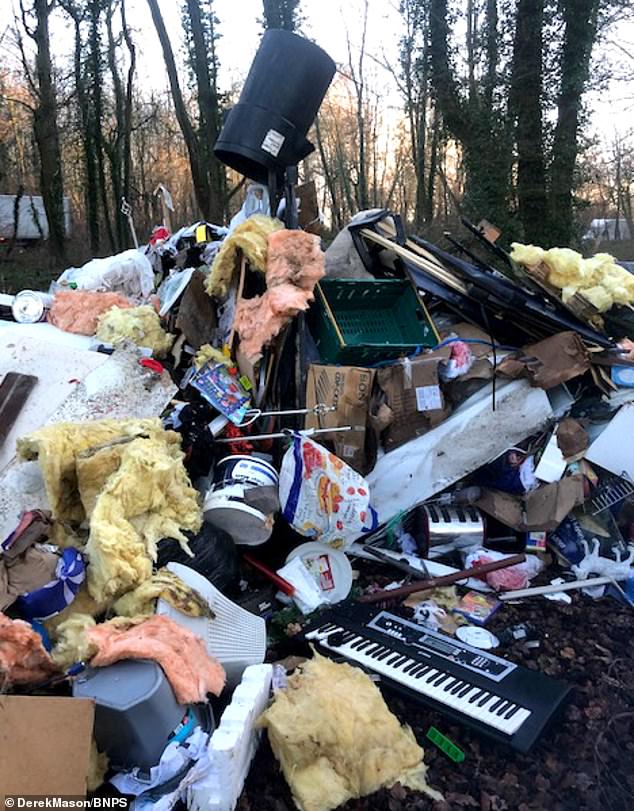 Waste mountain: Thieves dumped the skip’s contents in a layby 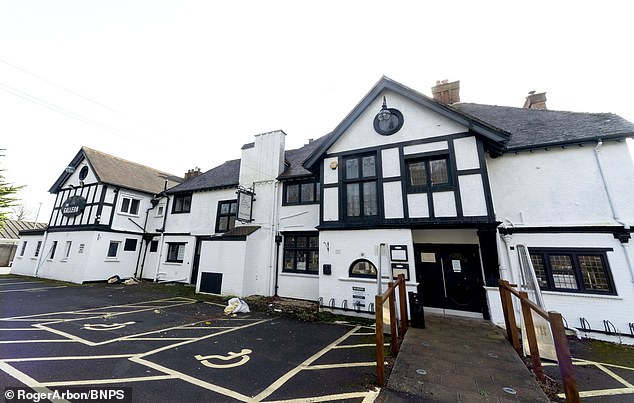 Derelict: A skip was stolen from outside a pub due to be refurbished by chef Raymond Blanc

It has emerged that the rubbish was in a skip stolen from outside the Galleon, a closed down pub 35 miles away in Christchurch, Dorset.

The culprit dumped the waste but apparently kept the skip. The debris included fittings, broken bottles, menus and a keyboard from The Galleon.

A spokesman for The White Brasserie Company, owned by Mr Blanc, denied involvement and said its workmen were not on the site yet.

Mr Mason, 67, a pet food company owner, said: ‘It must have been a specialist tipper lorry because there’s about eight tonnes of junk. It was horrendous. Thankfully it’s been cleared away now.’

Police are investigating the incident but there have been no arrests.