Nick Nolte was no angel.

The actor had his own inclinations, his own demons. But he thought Eddie Murphy was even worse off after he was dispatched from Los Angeles to New York to meet the fast-rising Saturday Night Live star for a possible collaboration in the 1982 two-hander 48 Hrs., released in theaters 40 years ago Thursday.

Nolte was sent to New York by Walter Hill, the director of TheGetaway and Warriors who was fixing what Nolte calls a “terrible” original script that “did absolutely nothing” — ultimately re-crafting it into an edgy action comedy-drama about a grizzled police officer who teams up with a career criminal to track down a killer over a frenetic two-day span.

"I flew to New York, and I got to 48th Street, and I knew a Black saxophone player there. And I got up to his apartment, and in those days there was a white powdery substance running around that was abused badly, and I sat in that apartment for three days,” Nolte told us during a Role Recall interview (watch above, with 48 Hrs. starting at 1:12), clearly referring to cocaine.

So Nolte flew back to L.A. and reported to Hill that Murphy was a “basehead,” or a crack addict. 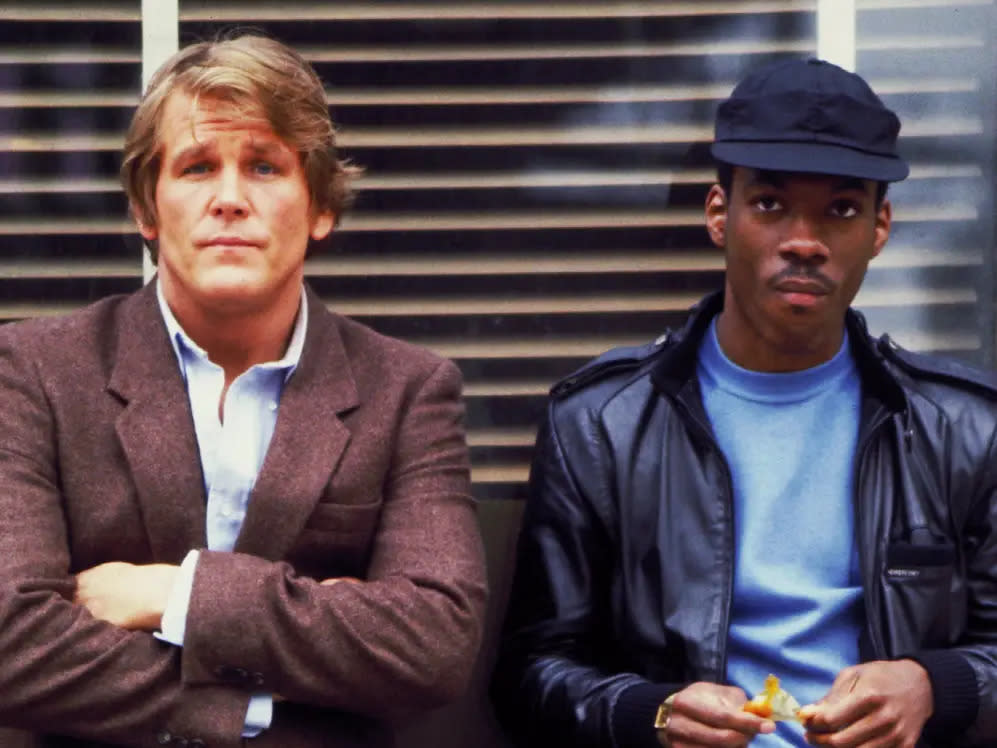 Only he was wrong.

Nolte was given bad intel from his saxophonist buddy. There was another Black actor who preceded Murphy on Saturday Night Live, Garrett Morris, who struggled with a "serious" drug problem during his years on SNL.

“Then I met Eddie when he came to California, and I saw why [Hill said that]. He was 18, very young guy, he didn't go near any substances,” Nolte said.

Nolte and Murphy — in his film debut — made a perfect team. 48 Hrs. became the seventh highest grossing movie of 1982, ushered in the era of the “buddy cop” movie and led to a 1990 sequel, Another 48 Hrs.