Oregon’s Department of Education diverted money from a program for disadvantaged children who frequently miss school to pay the New York Times’ Nikole Hannah-Jones for a pair of events dedicated to her controversial 1619 Project, a retelling of U.S. history.

“We used resources from Every Day Matters, focused on chronic absenteeism,” a state official told the activist group Oregonians for Liberty in Education in response to a public records request.

According to Every Day Matters’ website, one in six Oregon children are chronically absent – defined as missing 10% of classes in a given school year, or roughly 18 days in a school offering five days of classes a week.

“Every day matters for every child,” its motto reads.

State officials spent months working out the details before taking $50,000 from that program to pay Hannah-Jones for a pair of seminars in which she told students and faculty that the U.S. has never lived up to its founding ideals, “colorblindness” is a pipe dream, that “what we call American history is really White history,” and that Black Americans are the founding fathers. 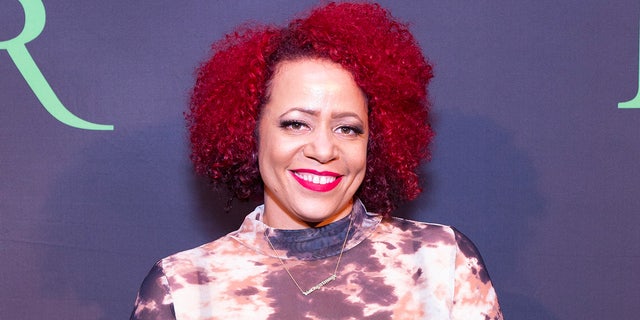 “Spending seven months and $50,000 on these two webinars seems like a clear-cut case of counterproductive priorities,” Oregonians for Liberty in Education said in a statement.

The sessions highlighted shed light on a project that is being promoted in schools across the U.S. Hannah-Jones has maintained that 1619 is a supplement for existing curricula and that no one is forced to use it. Still, historians and media critics have expressed concerns about its historical accuracy and the types of ideas it promotes to children.

He noted that Hannah-Jones is “a critically acclaimed” writer – she won a Pulitzer Prize for Commentary last year for the 1619 Project and was awarded a MacArthur Fellowship, also known as a “genius grant,” in 2017.

“The experiences of Black students and families can and must be centered in our state, including the fullness of Black histories and Black futures,” Seigel said.

The 1619 Project is a New York Times endeavor that “aims to reframe the country’s history by placing the consequences of slavery and the contributions of Black Americans at the very center of the United States’ national narrative.” Hannah-Jones is its lead writer.

She did not immediately respond to Fox News’ request for comment.