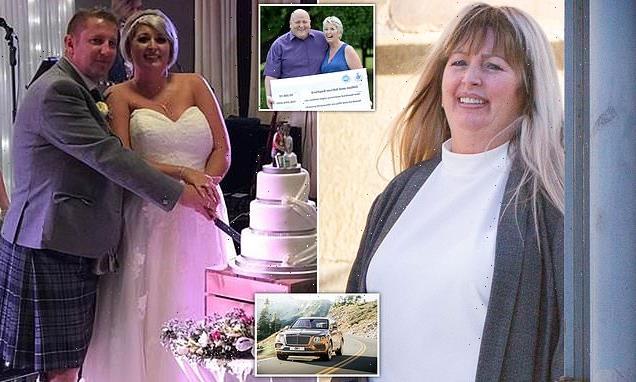 £148m EuroMillions jackpot winner Gillian Bayford claims £40,000 of taxpayer cash to furlough her staff during lockdown – and insists ‘I’m NOT paying it back!’

Euromillions winner Gillian Bayford has claimed nearly £40,000 in furlough cash during the pandemic and is refusing to pay it back – despite winning more than £148 million.

Bayford, 48, and ex husband Adrian, 50, shared the record prize in 2012 – before divorcing 15 months later and blaming the stress of handling their newfound wealth.

During the pandemic, Bayford claimed nearly £40,000 for her £17 million property business, as well as firms she runs with her current convicted fraudster husband Brian Deans.

Bayford, who drives a £150,000 Bentley Bentayga, is refusing to pay back the cash and says she has every right to it.

She said: ‘I’m not paying it back. Obviously everyone’s entitled to furlough and everyone’s claimed it.’ 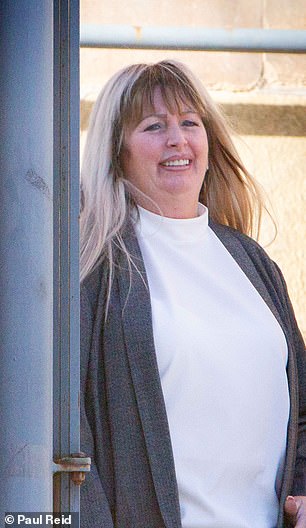 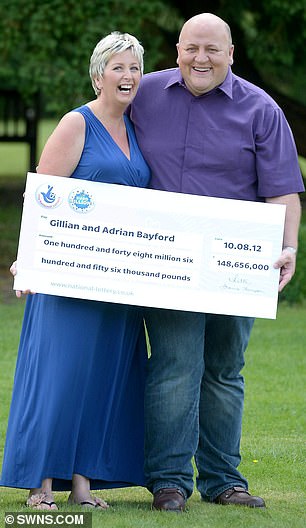 Gillian Bayford shared the huge Euromillions winnings with her then-husband Adrian in 2012, with whom she shares two children, aged 15 and 13

The mother-of-three was given £7,200 to fund a part-time worker at her A&G Properties Scotland business, which has £17million worth of homes.

She also claimed up to £10,000 for her salon in Dundee and two similar £10,000 claims for husband Deans and his investment firm BGD Property Developments, which has one employee.

Speaking to the Sun, the lottery winner said her accountant had advised her to make the claims.

Tory MP Nigel Mills criticised Bayford and said she should be ‘ashamed of herself’.

‘We’ll all be paying more tax for years to come to fund claims like these. If individuals and businesses can afford to repay it, they should.’

Earlier this month, it was revealed that Bayford had given birth during lockdown.

She said she was shocked when she first found out that she was pregnant with daughter Emilie, who is now six months.

She added: ‘It was a bit of a shock at first. Because I’m older, people said to me ‘are you mad?’ But I’d always wanted another baby.

‘So after a little bit I thought ‘I better get on with this then’. It’s really enjoyable being an older mum. It is like riding a bike, you don’t forget.’ 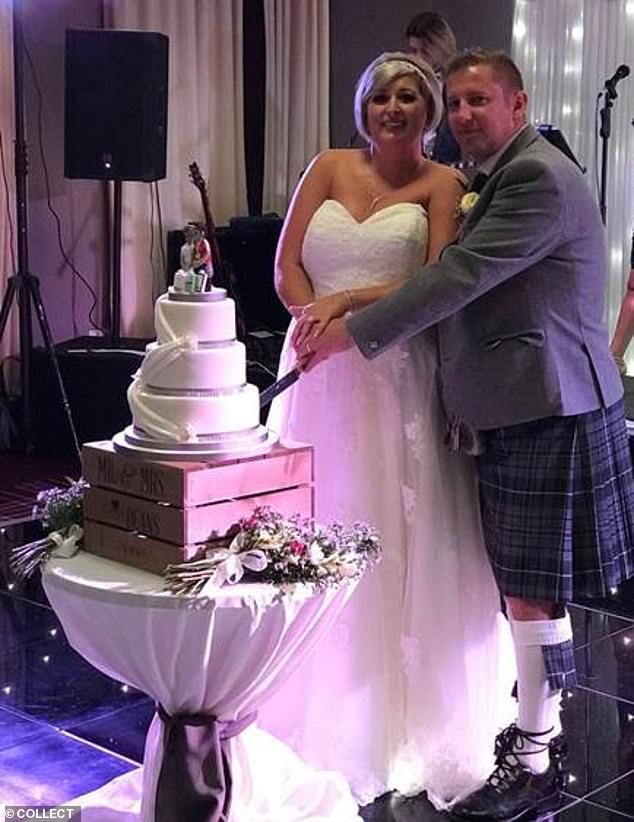 During the pandemic, Bayford claimed nearly £40,000 for her £17 million property business, as well as firms she runs with her current convicted fraudster husband Brian Deans 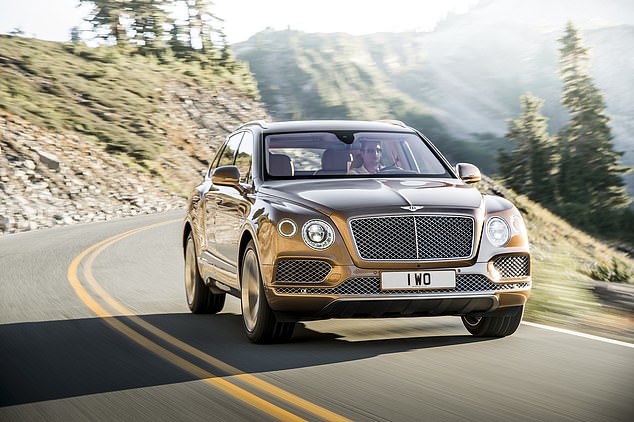 Bayford, who drives a £150,000 Bentley Bentayga, is refusing to pay back the cash and says she has every right to it

Ms Bayford shared the huge Euromillions winnings with her then-husband Adrian, with whom she shares two children, aged 15 and 13.

But they split only 15 months later, blaming the stress of handling their newfound wealth for the end of their nine-year marriage.

After they divorced Ms Bayford moved back to Scotland and married father-of-one Brian Deans, 40, in 2018.

Her plans to start a family with Mr Deans were put on hold last year when a former boyfriend, Gavin Innes, accused her of beating him while they were together.

She was convicted of a breach of the peace and was admonished – meaning she was able to go free with a warning from the judge.

Speaking of her new baby Emilie, Ms Bayford said: ‘As far as she is concerned I’m not a lottery winner, I’m just Mum.

‘Some things are easier because of the money but it doesn’t really change anything. You still have to change a nappy or deal with her being sick on you regardless of how much you’re worth.’

Ms Bayford, who runs a property business near her home in Dundee, insisted that baby Emilie won’t be spoilt despite the family’s vast wealth.

‘She’s not dressed in designer clothes. She’s not got anything different to her brother and sister,’ she told The Sun.

‘They all need to know the value of money.’